Turn on suggestions
Auto-suggest helps you quickly narrow down your search results by suggesting possible matches as you type.
Showing results for
Show  only  | Search instead for
Did you mean:
Permission Level and Scope in Managed Applications
By 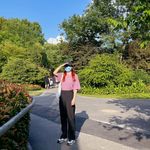 There are two kinds of managed applications.

The Marketplace Application is available to users outside of the publisher’s organization. Users can download this kind of managed application in the Azure Marketplace.

There are two resource groups that are related to the managed application.

Deny assignments block users from performing specific Azure resource actions even if a role assignment grants them access. For example, if there is a deny assignment on the specific resource group, even the user who has a contributor role on the subscription, this user still will be blocked by the deny assignment.

The publisher can grant different roles to different users when creating the managed application. The RBAC assignment here will exclude specific principles with limited actions to operate the resources under the managed resource group.

Differences between Deny Assignment and RBAC in Managed Application

Taking the following deny assignment as an example, the “*/read” in the deny assignment means it only allowed the read operation. But if the user even does not have a role, it means the user has no permissions to do any operations to the resources under the managed resource group.

The following part will explain the above concepts again through a specific example.