Turn on suggestions
Auto-suggest helps you quickly narrow down your search results by suggesting possible matches as you type.
Showing results for
Show  only  | Search instead for
Did you mean:
Part 2 - Reconnaissance Playbook: Azure WAF Security Protection and Detection Lab
By

The second tutorial in this four-part series for Azure WAF protection and detection lab is the reconnaissance playbook.  The purpose of the Azure WAF security protection lab is to demonstrate Azure WAF's capabilities in identifying and protecting against suspicious activities and potential attacks against your web applications. This playbook explains how to test Azure WAF's protections against a reconnaissance attack with emphasis on Azure WAF protection ruleset and logging capabilities.  The lab does not include advanced application security concepts and is not intended to be a reference for application security testing as these areas are broader than the use cases demonstrated herein.

In this tutorial you will: 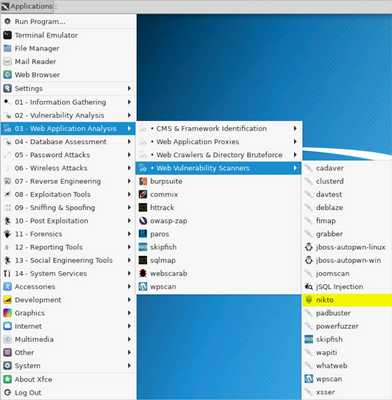 After the scans finish running, we can quickly review the results by looking at the highlighted lines in the figures below. 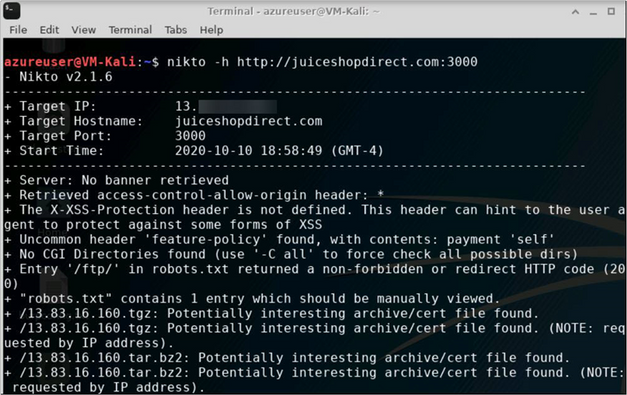 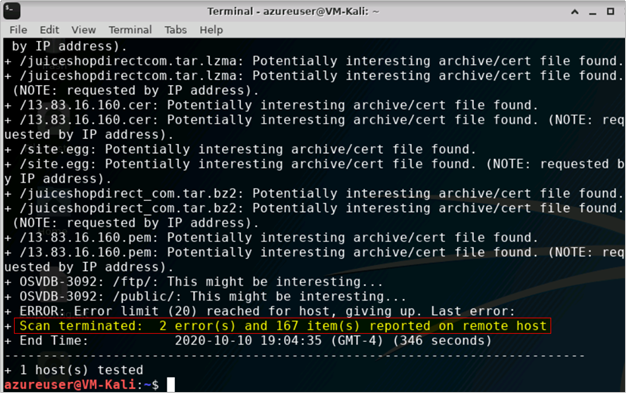 1 Request count for http://owaspdirect-<deployment guid>.azurewebsites.net taken from baseline of scans for comparison 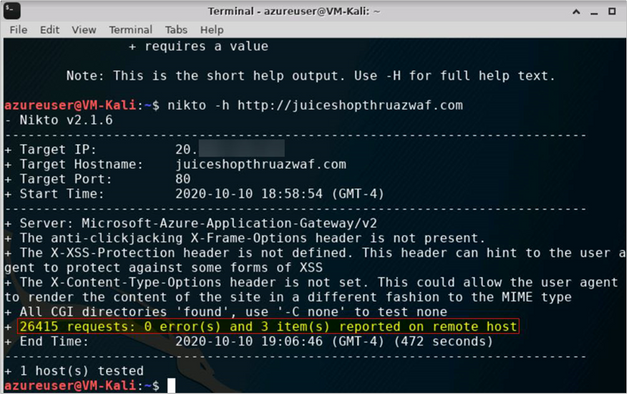 Upon reviewing the Nikto scan outputs, we see the pattern as shown in the below table.  This clearly indicates that when going through the Azure WAF, the scanner is not as effective in assessing the web application and identifying potential vulnerabilities.

Now let us use the Azure Monitor Workbook for WAF to understand how WAF handled traffic from the Nikto security scanner.  This workbook visualizes security relevant WAF events across several filterable panels.  It works with all WAF types, including Application Gateway, Front Door, and CDN, and can be filtered based on WAF type or a specific WAF instance.

Click here to deploy Azure Monitor Workbook for WAF to your subscription in Azure.

Reviewing WAF logs in the Workbook 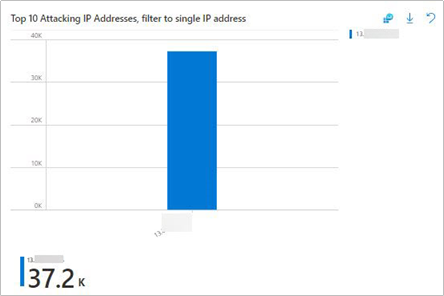 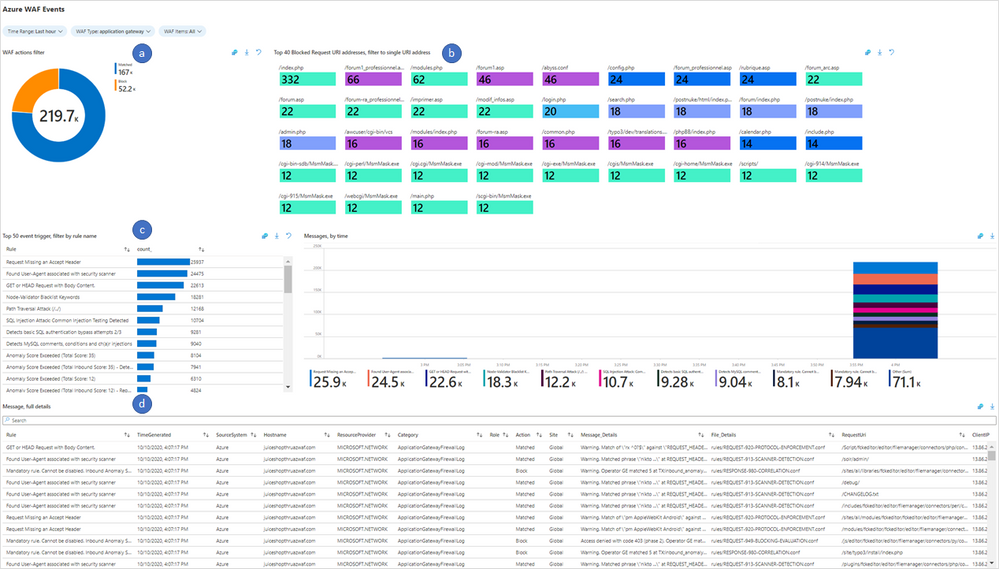 Overview of the Workbook sections 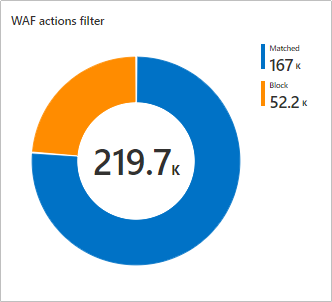 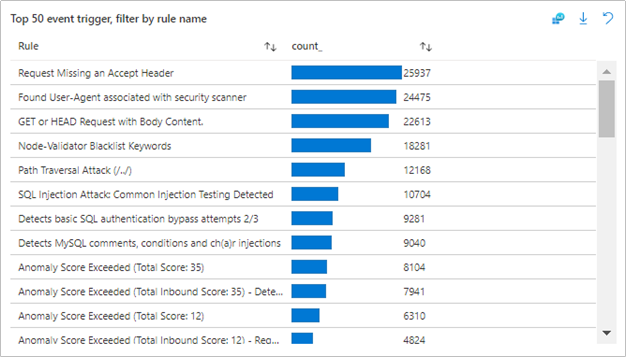 For web applications secured with it, Azure WAF can detect and protect against reconnaissance attacks executed with security scanners at the network edge, with its out of the box ruleset.