I have implemented a basic C# application connected with On premises SQL Server, I am going to migrate the same database and the data to Azure cloud using Microsoft Migration Tool, After the migration without touching the coding part I am debugging the same application (Changed the connections string only).

In the database I am running this query through management studio and I am getting the following results,

Same query I am deploying through my developed C# application, I am testing the connection with sql authentication credentials 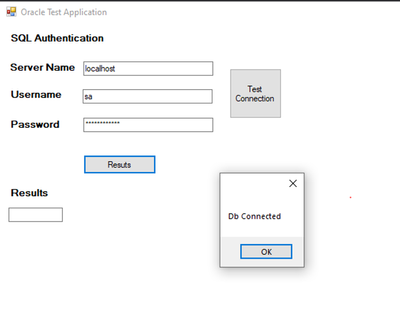 Once it’s succeeded, I’m running the same query through sqlcommand function in C#, got the same results in the text box 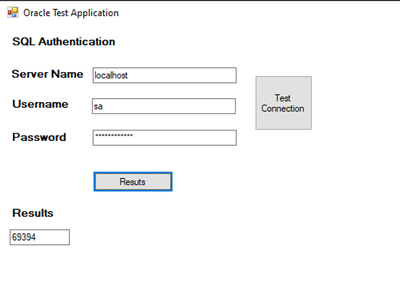 I have deployed a sample database in the Azure Cloud with SQL authentication,

Tried the same query here and returning with failed errors, 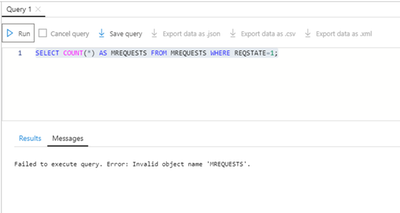 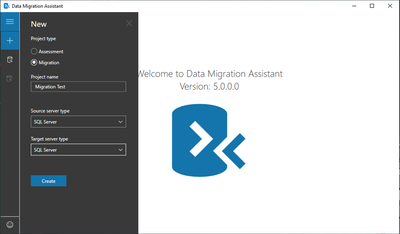 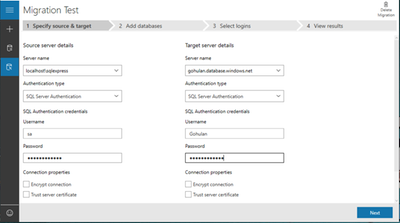 Select the Correct database from the source server to Migrate to cloud, 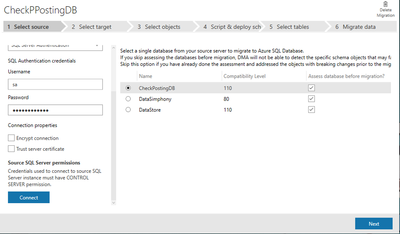 In the target server select the correct database from Azure cloud, in my Azure cloud I have only one database named CheckPostingDb 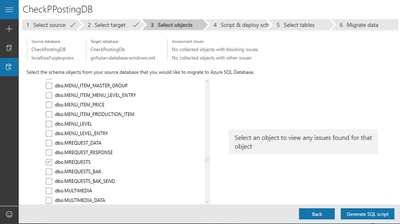 In my testing environment I am selecting only one table, my table is MREQUESTS since I am targeting the results only from this table through my C# application.

Once the table is ticked, I have generated the SQL script

Once the script is generated, I am deploying the schema,

IF NOT EXISTS (SELECT * FROM sys.indexes WHERE object_id = OBJECT_ID(N’[dbo].[MREQUESTS]’) AND name = N’AK_MREQUESTS_RID’)

IF NOT EXISTS (SELECT * FROM sys.indexes WHERE object_id = OBJECT_ID(N’[dbo].[MREQUESTS]’) AND name = N’IX_MREQUESTS_2')

After I deployed the generated script in the previous step, it doesn’t give any errors or warnings.

Once the script is migrated, I can see my table was created in the Azure cloud. But my query was returning with 0 results, it means that MREQUESTS table has been deployed but not the data yet.

I am migrating the data as well in my next step 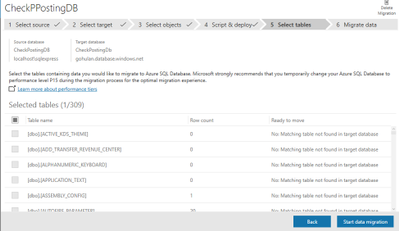 Once after I started the migration it will start the process to send the data to cloud, time depends on the data capacity and the network speed. 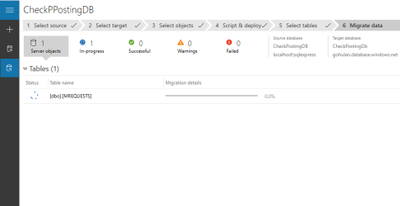 Since my table doesn’t have huge data it finished with in short time without any warning or errors. 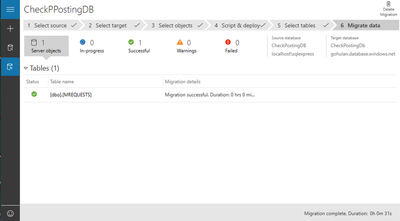 Running the same query in the Query Editor in Azure to check my data, it’s succeeded and returned with same value as on-premise query returns earlier. 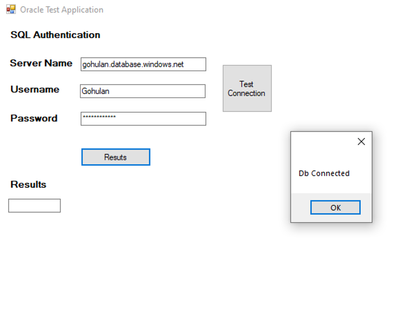 Wow the results as expected, means Migration is succeeded. 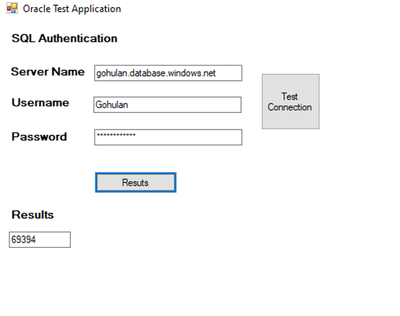