Turn on suggestions
Auto-suggest helps you quickly narrow down your search results by suggesting possible matches as you type.
Showing results for
Show  only  | Search instead for
Did you mean:
Xbox/Gaming bets on Mariner
By 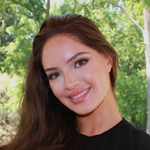 The Creator Platform and Experiences group (CPE) powers the Xbox storefronts on console, PC, mobile and Xcloud. CPE facilitates substantial traffic and revenue into Xbox, and they’re excited to bet on Mariner to run their service.

“CPE is in the final stages of migrating from Service Fabric to AKS, and as part of that transition, we’ve chosen to move to Mariner as our host OS. In less than a month, we scaled to half our fleet on Mariner. Once the transition is complete, Mariner will be the only Linux distro powering CPE.

For us, Mariner was an easy choice to migrate to. Compared to other common Linux distributions, the Mariner image is smaller and has a clear roadmap to continue focusing on footprint, security and streamlining the update process.  These were all selling points for us, as we wanted to improve our service’s security and compliance, with minimal runtime impact.  Mariner makes that easier than any other Linux option we’ve seen, and we’re excited for Mariner’s long-term roadmap.

Looking ahead, we want to reduce our servicing costs at the container level as well, and plan to move to Mariner base container images in the next 6 months. Longer term, we also plan to utilize Mariner distroless containers.” - Brian Wentz, Principal Software Engineer, CPE 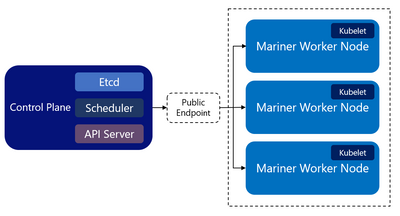 Mariner based clusters in AKS

PlayFab is another Microsoft gaming service that runs their Kubernetes based workloads solely on Mariner, with around the same usage and time to complete migration as CPE. PlayFab is a complete backend platform for live games with managed game services, real-time analytics, and LiveOps, hosting more than 2.5 billion player accounts across 5000 games.

“The two main reasons we decided to move to Mariner were better integration with internal tooling, to meet Microsoft’s goal of securing the supply chain. Having a Microsoft team to respond to CVEs quickly and turn around patched images is a huge draw. And, our users didn’t notice any disruption when we made the host OS migration!” - James Kendle, Senior Software Engineer Lead, PlayFab

Gaming security is driving all Microsoft Gaming services to migrate to Mariner as the gold standard Linux OS, with the goal of 100% adoption by the end of the calendar year.