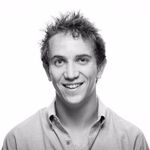 TL;DR – Deployment Scripts is now Generally Available, and as part of this release we’ve made deployment scripts more reliable and easier to use with an improved permissions model.

Why do I need Deployment Scripts?

Often during an ARM Template deployment, there is an operation that needs to be performed that cannot be done natively in the template – either because there is no explicit support or because the operation takes place outside of Azure. For example, you may need to populate data in a database, deploy a Kubernetes manifest, or get a new IP address from an IPAM system. Customers will often fill this gap by running a script in a release pipeline or manually performing the task before or after the deployment occurs.

With our GA release we are adding the following features and capabilities:

We will use the permissions of the AAD principal executing the deployment to create these resources and register the underlying ContainerInstance Resource Provider. As a result of this change, the permissions granted to the managed identity can be more limited as it only requires what the script needs to run successfully.

If you are already familiar with ARM Templates, getting started with Deployment Scripts is easy. Simply add a resource of type Microsoft.Resources/deploymentScripts to your ARM template:

Once the script has executed I can view the details of the script execution in PowerShell, CLI, or in the Azure Portal

For more details, take a look at the below guides and examples.

We have seen a lot of awesome use cases be developed for deployment scripts during the public preview and we are looking forward to hearing how these new GA capabilities improve the experience even further. As always, if you have any questions or problems with deployment scripts, don’t hesitate to reach out at alfran@microsoft.com, on twitter or on GitHub.