Turn on suggestions
Auto-suggest helps you quickly narrow down your search results by suggesting possible matches as you type.
Showing results for
Show  only  | Search instead for
Did you mean:
Announcing Azure Container Instances’ support for Managed Identity Authenticated Image Pulls
By 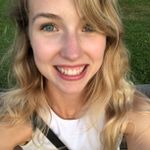 Azure Container Instances’ (ACI) enterprise customers asked for a way to authenticate with an Azure Container Registry (ACR) instance that runs behind a private endpoint without having to include service principal ID and password directly in their container group definition. We are excited to announce that ACI is now an ACR Trusted Service. This allows customers to use Managed Identity (MI), instead of plain-text secrets, to authenticate and pull container group images from a premium SKU ACR instance running behind a private endpoint.

If you would like to learn more about ACI in general, head over to the ACI documentation or use the following QuickStart. Let us know what you think on our feedback page.