Turn on suggestions
Auto-suggest helps you quickly narrow down your search results by suggesting possible matches as you type.
Showing results for
Show  only  | Search instead for
Did you mean:
Use DFS-N with Azure Files
By 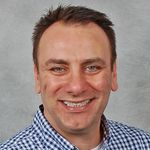 Use DFS-N with Azure Files

One of the challenges that the customer had was that there were LOB applications that would files on these shares, and the namespace they used were hard coded into the applications and could not be easily modified across the entire enterprise in a timely manner.  The migration to Azure Files would definitely change those namespaces and break these LOB applications.

DFS Namespaces is a role service in Windows Server that enables you to group shared folders located on different servers into one or more logically structured namespaces. This makes it possible to give users a virtual view of shared folders, where a single path leads to files located on multiple server.

By installing Stand-Alone DFS-N on the current file servers they were able to keep the same namespace but map it to Azure Files endpoints without interruption to their LOB apps.  This allowed for freeing up of the significant storage space that the file shares were taking up as the shares were migrated, though it did leave the file servers up until the LOB applications could be updated.

In our use case they needed to keep the same server names, but if you have domain based namespace it works out even better because you don't have to keep the old file servers up to host the DFS-N but it still works the same.