Turn on suggestions
Auto-suggest helps you quickly narrow down your search results by suggesting possible matches as you type.
Showing results for
Show  only  | Search instead for
Did you mean:
Improving Developer Velocity - a Case Study
By 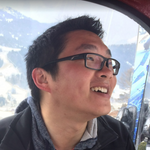 In a paper published by McKinsey titled Developer Velocity: How software excellence fuels business performance, it states that companies with top "Developer Velocity Index (DVI)" outperform the market with 4-5 times revenue grow and 55% higher innovation ("Measured by level of adoption of new technologies and ability to innovate faster and beat competition through innovation led growth"). To learn more about Developer Velocity, you can download a copy of the white paper on this Azure page.

From the McKinsey paper, Developer Velocity is defined as the ability to drive transformative business performance through software development. Empowering developers, creating the right environment to innovate, and removing points of friction can all contribute to a high Developer Velocity.

The goal of this post is to highlight some emerging best practices that could help an organization to achieve these high-level ideal organizational states. The best practices in this paper is more focused on communication and collaboration practices in an Software Engineering Team or across multiple teams. We will use an engagement between Microsoft and XP Investments as a case study and demonstrate on how teams from the two companies used these best practices to improve developer velocity.

XP is a financial services company located in Brazil. According to their "about us" page, their purpose is to "transform the financial market to improve people's lives." Microsoft is a global software company whose mission is to "empower every person and organization on the planet to achieve more."

In Spring 2021, XP and Microsoft started an engagement with engineers from both companies to co-develop the foundation of the next generation of XP's data platform.

The goal of this data platform is to provide a centralized platform that has:

Not only have the engineers from the two companies never worked with one another before this engagement, the teams within the respective companies are also relatively new. This presented challenges around how to foster a culture of collaboration and healthy communication. The team was also geo-distributed. Engineers from Microsoft were primarily located in various parts in the US and XP engineers were located in Brazil. The team needed to adapt and effectively collaborate across different time zones.

This engagement was limited to 8 weeks. This meant that the team needed to design, scope, and execute within that timeframe. Given this timeframe, the scope needed to be reasonable but still needed to implement a demonstrable product that had a high ROI in terms of impact to future development.

Here are the core principles that are at the root of the best practices utilized in this engagement:

We used the following best practices during the 8-week engagement. In combination, these best practices created a highly-functional project team. Despite time zone differences and language barriers, the team accomplished what was scoped and maintained high morale and a strong sense of team.

Forming a vision together allows the everyone on the team to have a shared ownership of the end-product. However, collectively shaping a vision is often a messy and long process. XP used a methodology called Lean Inception to provide a structure for this process. Lean Inception facilitates the process by providing discussion goals and milestones. The result of this process is a shared vision of a solution that everyone is excited about.

Architecture Design Records are documentation-as-code that captures the particular challenge, and the reasons why a particular decision was reached. It should also include other viable options considered as well as the impact and tradeoff of the decision. ADRs are designed to be iterable, meaning that designs and decisions can be changed if situations or new findings appear. This is done by adding to the collection of ADRs to reflect the change. You can find an example of an ADR here.

Because Architecture Decision Records are a community-backed initiative, there is good community support on its tooling. Markdown ADR (madr) provides a definitive template for the document. There are even tools such as Log4brains that allows for statically generated websites built on madr.

Informed Captain is another core idea from Netflix's Culture Page. An informed captain's job is to make a particular decision. This eliminates "design by committee". This person is empowered to gather all facts and opinions about a subject that requires a decision. The important element of gathering opinions is to emphasize on gathering as many differing opinions as possible; this encourages people who might initially be hesitant to voice an opinion that is different than the majority opinion. We assigned different informed captains for different decisions and rotated the feeling of responsibility.

For most decisions that requires a designated Informed Captain, the decision making process is as follows:

Often these norms or practices are not written down, but by being explicit, the agreement eliminates assumptions from engineers and stakeholders and forms healthy expectations from the rest of the team.

You can find an example of a working agreement here.

This engagement was a collaboration between Microsoft and XP. The motion of "Code-With" was at the center of this engagement, and empowered the engineers from both companies to engage fully. The Code-With motion emphasizes that development expertise flow in both direction, back and forth between the two companies. This motion asks engineers to pair program, and be comfortable to present the incremental work they done on a daily or weekly basis. It is counter-intuitive to think that taking time to teach or having two engineers work on one task would increase Developer Velocity, but the positive effect is immediate.

Creating XP's next-generation data platform was no small feat. Given the large number of engineers that was on the project, multiple workstreams were designated on this engagement. The goal of the workstreams is to provide smaller scopes for engineers to have a focus within a sprint.

To serve as an example, we identified the following workstreams for this engagement:

With the workstreams identified, we asked the engineers from both companies to self-organize with the following guideline:

Self-organization gives the engineers the autonomy to work with the technology they want. Engineers are not restricted to a single workstream and have the freedom to move between workstreams between sprints. Some people preferred to stay in a workstream for the duration and that was also acceptable.

There is fierce debate within the development community around Mono Repos. We found mono repos helpful for projects as it helps with collaboration, and enabled team members to jump between different workstreams. The design around mono repos requires more effort as the project can grow quickly and become unwieldy. We were intentional on the file structure to ensure that there is minimal effort for a team to break off of the mono repo and create a separate repo. We achieved this by encapsulating all aspects of a particular application into its own directory, shown below:

PR reviews are usually an ambiguous process. Situations like these often come up:

We solved first two situations with a role called the "PR Police" or "PRolice", and the third is mitigated with the "Code management" section of the working agreement.

The PRolice is a person (rotated per Sprint) that monitors the PRs and individually notifies people to review them. If a PR isn't approved in a day or more, the PRolice will investigate the reason. If a PR is stuck, the PRolice facilitates the conversation and strives for resolution. If there is a pile up of PRs, PRolice actively calls out reviewers to review these PRs. After implementing the PRolice (and small PRs), we didn't have any PRs that spanned 24 hours.

Note: The PRolice is a person. We find automated notifications are impersonal and often get ignored by engineers. Also important to note that this role should be rotated regularly to equitably distribute the responsibility.

Benefits of having a PRolice are:

Because this engagement had a relatively short execution window, our sprints were one-week sprints. End-of-sprint demos are to showcase our work to one another and to the main stakeholders. The demo sessions also are all recorded to maximize the audience. The goal of the end of sprint demos is ultimately to celebrate the work that the team accomplished that sprint, and also to gather feedback and share ownership with stakeholders.

The goal of this post is to outline and highlight some best practices that both fosters a culture of collaboration and improves an organization's Developer Velocity. Of course, every team is different and every company is facing different challenges. We hope this post provides some useful practice that you find helpful for your organization.