While I have written before about the speed of the Movidius: Up and running with a Movidius container in just minutes on Linux, there were always challenges “compiling” models to run on that ASIC.  Since that blog, Intel has been fast at work with OpenVINO and Microsoft has been contributing to ONNX.  Combining these together, we can now use something as simple as a Model created in http://customvision.ai at the edge running in OpenVINO for acceleration. 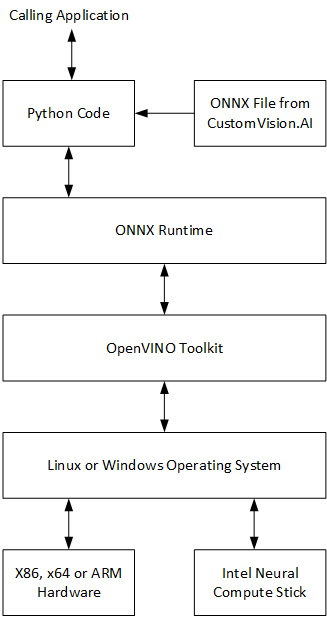 On just standard hardware and with a RTSP camera, I am able to score 3.4 frames per second on 944 x 480 x 24 bit images with version 1 of the Compute Stick or 6.2 frames per second with version 2.  While I can get something close to this using CPU, the Movidius frees the CPU and allows multiple “calling applications” where the CPU performance is limited to just one.

More info here: https://software.intel.com/content/www/us/en/develop/articles/get-started-with-neural-compute-stick.... and most of this work is based off this reference implementation: https://github.com/Azure-Samples/onnxruntime-iot-edge/blob/master/README-ONNXRUNTIME-OpenVINO.md.

Similar to the reference implantation above, I base this approach using a Docker Container, allowing this to be portable and deployed as an Azure IoT Edge Module.  Note, while OpenVINO, ONNX and Movidius are supported on Windows, exposing the hardware to a container is only supported on Linux. 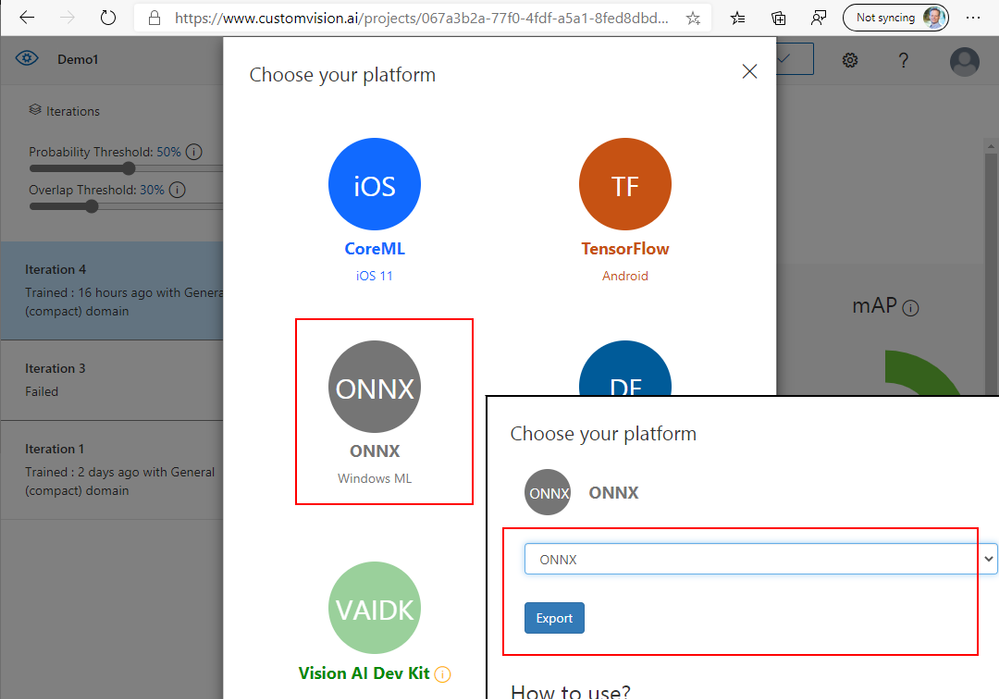 Modify line 67 of the DockerFile to reflect the URL of your exported ONNX zip file.

Step 3: On Linux with Docker or Moby installed at a command prompt where you cloned the repository, run as shown below.  This will take a while.

Step 4: On the host Linux PC, run the following commands to ensure that the application has access to the USB or Integrated MyriadX ASIC:

Step 5: With the image built, create an instance running the following command to create the container, start the container and monitor the log files.  Note this web service listens on port 87 by default.

Step 6: To send an image to the web service, simply run the following curl command, replacing 1.jpg for your image.

Looking at the screen, I see the Myriad was found, and the ONNX model was supported and loaded. 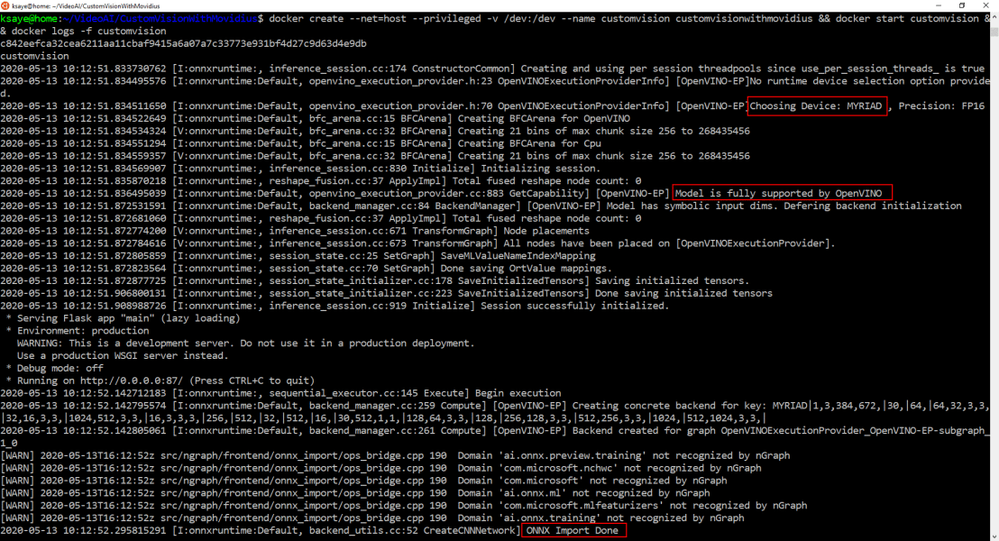 Because I have a process sending images to the web service as fast as it will take them, note that we see below multiple inferences per second. 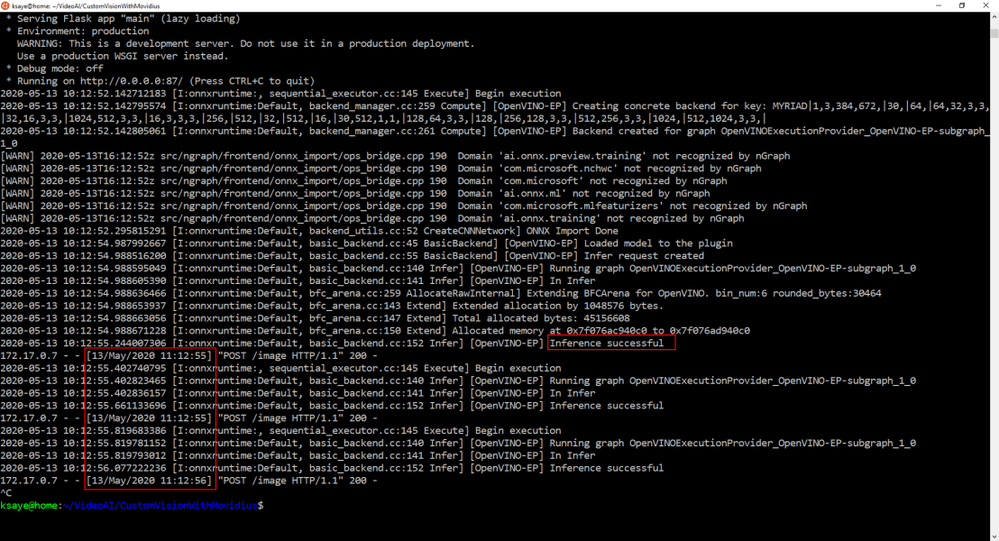 While the goal of this blog was to show the foundational capabilities, the sample code can be adapted to run at the intelligent (Azure IoT) Edge, as shown here: https://github.com/Azure-Samples/onnxruntime-iot-edge/blob/master/README-ONNXRUNTIME-OpenVINO.md.  Once you have the foundation, the possibilities are endless!

With the integration of ONNX and OpenVINO, Microsoft and Intel have really expanded the hardware acceleration platform and have made it easy for developers to adopt.  While in the past you might have approached challenges with raw CPU power, you can actually get better performance and not at the expense of other processes by adding a cost effective hardware accelerator, like Intel's MyriadX.

Add to this the simplicity of http://www.customvision.ai and you can build some amazingly fast AI solutions at the edge at a fraction of the hardware and software cost.  Combining IoT Edge and have have amazing speed, simplified AI models managed at the Intelligent Edge.