First published on TechNet on Apr 14, 2011
Hi folks, Ned here again. Occasionally, someone pings me to explain why USMT 4.0 scanstate is running slowly. My first demand is to see the scanstate.log file, having provided the argument /v:5 . That log shows the command-line, the XML files selected, and what "slow" really means.

In this particular example the cause is like Soylent Green: it's peeeeoplllllle!!!


The Scenario and Symptoms 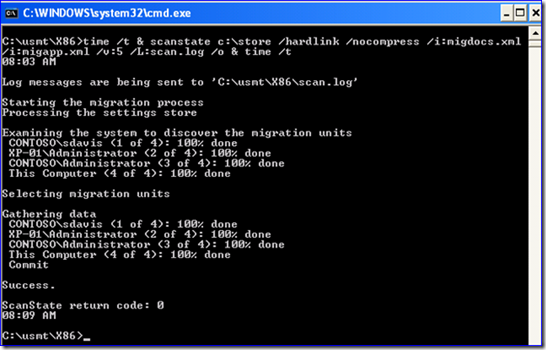 
What is the data telling us?


I’ll start Windows Explorer and regedit.exe , and then look at the user profile folder and the registry ProfileList key:


See the issue? My file system looks like this: 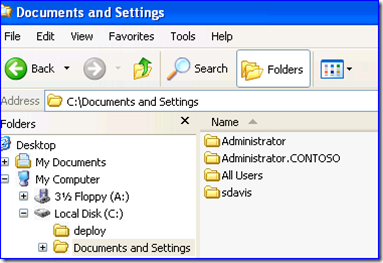 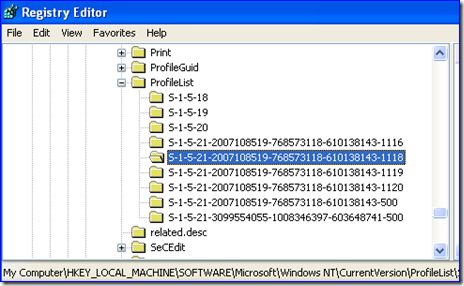 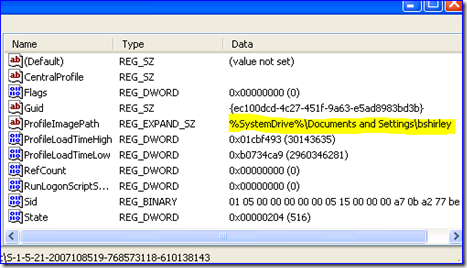 Notice how there are six user SIDs in the ProfileList key, but only three user profiles on the file system. It is supposed to look like this: 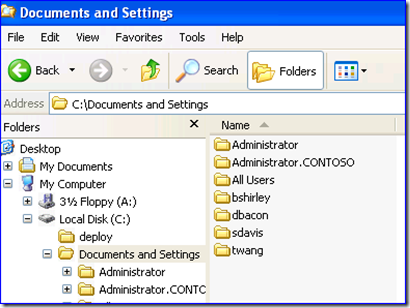 Where are Brett Shirley and the others? I'll tell you where: in the bit bucket, because somebody thinks that deleting a folder on the file system is the same as deleting profiles. It's not. That error we kept seeing the log is:


Why does USMT keep looking?


USMT 4.0 tries to enumerate each profile 20 times, waiting 6 seconds a try, before giving up and moving to the next profile. This design handled a particular third party product that temporarily locked and renamed ntuser.dat files - a user's "HKEY_CURRENT_USER" registry - then changed it back after it was done doing… whatever. You can probably guess what kind of software would do such a thing. You can also do the math now on how long only a few orphaned profiles will delay your migration.

USMT hoped to "wait out" the software and migrate once the profile reappeared. The bad side effect of this error handling is that profiles with no ntuser.dat also cause a wait and retry. The only way to have orphaned profiles is by a human deleting the user profile folders manually instead of using Windows profile tools. There's no bug here with profiles or USMT, it’s all expected behavior.

Don’t you love the law of unintended consequences?


Luckily, there are a number of easy ways to get your migration back in order. Pick one or more.

o User Profiles applet within sysdm.cpl (works on all OS; for XP it's the only in-box option) 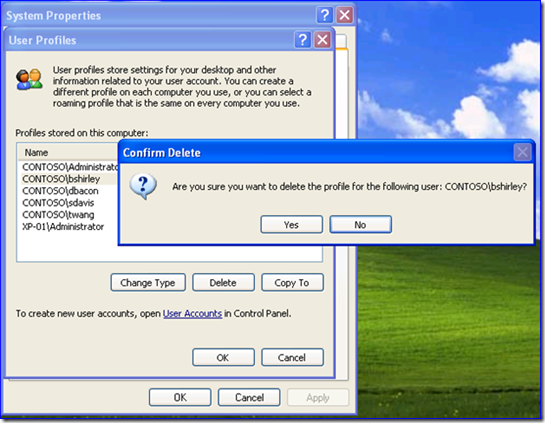 o Call WMI class Win32_UserProfile to delete profiles on Windows Vista or Windows 7. There are plenty of VB and batch examples on the internet. Here's mine with PowerShell on Win7, where I am zapping all profiles called bshirley:

o Script REG.EXE and RD.EXE (this will only work on Vista or later; the reg.exe included with XP lacks sophisticated search options). For example:

o Various third party tools
o Techniques people discuss in the Comments section below. Before you say Delprof.exe , give it a try with a deleted user folder. :)


Then you can run scanstate.exe normally. 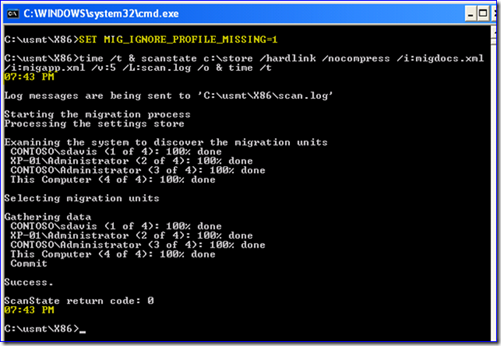 
This environment variable forces USMT to skip profiles that have no NTUSER.DAT file. This is generally safe to use: Windows Easy Transfer (the consumer-oriented graphical version of USMT) always has this set on internally, so it is well tested and proven. The only downside is that if you ran into that third party software you'd see issues. You would also be skipping profiles that don't contain an ntuser.dat (but do contain a real folder); that's low risk as they are not truly useable profiles anymore either - no one could have logged in with them.

Update 8-3-2011: Michael Murgolo from the Deployment Guys wrote an awesome sample script that allows you to set environment variables through SCCM/MDT - and the example is for MIG_IGNORE_PROFILE_MISSING! http://blogs.technet.com/b/deploymentguys/archive/2011/08/03/setting-environment-variables-in-a...


Rumor has it that Mike Stephens is working on a series of blog posts about user profile architecture. You can nag him about it here .