Turn on suggestions
Auto-suggest helps you quickly narrow down your search results by suggesting possible matches as you type.
Showing results for
Show  only  | Search instead for
Did you mean:
Tuning replication performance in DFSR (especially on Win2008 R2)
By 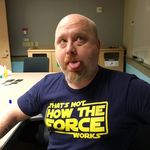 First published on TechNet on Mar 31, 2010
Hi all, Ned here again. There are a number of ways that DFSR can be tuned for better performance. This article will go through these configurations and explain the caveats. Even if you cannot deploy Windows Server 2008 R2 - for the absolute best performance - you can at least remove common bottlenecks from your older environments. If you are really serious about performance in higher node count DFSR environments though, Win2008 R2’s 3 rd generation DFSR is the answer.

If you’ve been following DFSR for the past few years, you already know about some improvements that were made to performance and scalability starting in Windows Server 2008 :


All registry values are REG_DWORD (and in the explanations below, are always in decimal). All registry tuning for DFSR in Win2008 and Win2008 R2 is made here:

A restart of the DFSR service is required for the settings to take effect, but a reboot is not required. The list below is not complete, but instead covers the important values for performance. Do not assume that setting a value to the max will make it faster; some settings have a practical limitation before other bottlenecks make higher values irrelevant.

Important Note: None of these registry settings apply to Windows Server 2003 R2.

StagingThreadCount
Default value: 6
(Win2008 R2 only; cannot be changed on Win2008)
Possible values: 4-16
Tested high performance value: 8
Set on: All DFSR nodes. Setting to 16 may generate too much disk IO to be useful.

*Important note: The actual top limit is 64. We have found that under certain circumstances though, setting to 64 can cause a deadlock that prevents DFSR replication altogether. If you exceed the maximum tested value of 32, set to 6 3 or lower. Do not set to 64 ever. The 32 max limit is recommended because we tested it carefully, and higher values were not rigorously tested. If you set this value to 64, periodically replication will stop working, the dfsrdiag replstate command hangs and does not return results, and the dfsrdiag backlog command hangs and does not return results.


When using all the above registry tuning on Windows Server 2008 R2, testing revealed that initial sync replication time was sometimes twice as fast compared to no registry settings in place. This was using 32 servers replicating a "data collection" topology to a single hub over thirty-two non-LAN networks with 32 RG's containing unique branch office data. The slower the network, the better the relative performance averaged:

On Windows Server 2008 the same registry values showed considerably less performance improvement; this is partly due to additional service improvements made to DFSR in Win2008 R2, especially around the Credit Manager. Just like your phone, “3G” DFSR is going to work better than older models…

Note: do not use this table to predict replication times. It is designed to show behavior trends only!


Even if you are not using Windows Server 2008 R2 there are plenty of other factors to fast replication. Some of these I’ve talked about before, some are new. All are important: 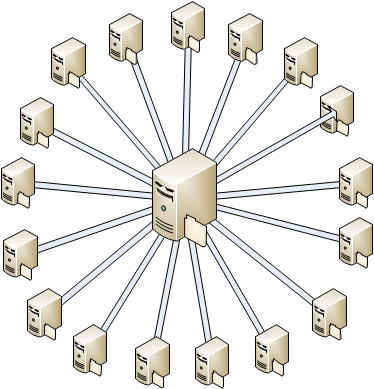 And this configuration would cause less bottlenecking: 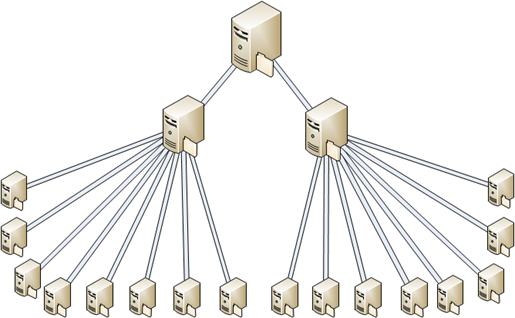 Source : DFSR
Catagory : None
Event ID : 4202
Type : Warning
Description :
The DFS Replication service has detected that the staging space in use for the replicated folder at local path c:\foo is above the high watermark. The service will attempt to delete the oldest staging files. Performance may be affected.

If you get 4206 staging events you have really not correctly sized your staging, as you are now blocking replication behind large files.

Event Type: Warning
Event Source: DFSR
Event Category: None
Event ID: 4206
Date: 4/4/2009
Time: 3:57:21 PM
User: N/A
Computer: SRV
Description:
The DFS Replication service failed to clean up old staging files for the replicated folder at local path c:\foo. The service might fail to replicate some large files and the replicated folder might get out of sync. The service will automatically retry staging space cleanup in 1 minutes. The service may start cleanup earlier if it detects some staging files have been unlocked.

If still using Win2003 R2, staging quota would need to be as large as the 9 largest files. And if using read-only replication on Windows Server 2008 R2, at least 16 or the size specified in UpdateWorkerThreadCount – after all, a read-only replicated folder has no outbound replication.

So to recap the staging quota minimum recommendations:

If you want to find the 32 largest files in a replicated folder, here’s a sample PowerShell command:

People ask me all the time why I take such a hard line on DFSR hotfixes. I ask in return “Why don’t you take such a hard line?” These fixes cost us a fortune, we’re not writing them for our health. And that goes for all other components too, not just DFSR. It’s an issue intrinsic to all software. DFSR is not less reliable than many other Windows components – after all, NTFS is considered an extremely reliable file system but that hasn’t stopped it from having 168 hotfixes in its lifetime ; DFSR just has a passionate group of Support Engineers and developers here at MS that want you to have the best experience.

This should be validated carefully; many anti-virus products allow exclusions to be set but then do not actually abide by them. For maximum performance, you would exclude scanning any replicated files at all, but this is obviously unfeasible for most customers.

Going back to those same tests I showed earlier with 32 spokes replicating back to a single hub, note the average performance behavior when the data was perfectly pre-seeded:

Even the 64Kbps frame relay connection was nearly as fast as the LAN! This is because no files had to be sent, only file hashes.

Note: do not use this table to predict replication times. It is designed to show behavior trends only.

As a side note, customers periodically open cases to report “memory leaks” in DFSR. What we discuss is that DFSR intentionally caches as much RAM as it can get its hands on – really though, it’s the ESE ( Jet) database doing this. So the idler other processes on a DFSR server are, the more memory a DFSR process will be able to gobble up. You can see the same behavior in LSASS’s database on DC’s.

If using iSCSI, make sure you have redundant network paths to the disks, using multiple switches and NIC’s. We have had quite a few cases lately of no fault tolerance iSCSI configs that would go down for hours in the middle of DFSR updating the database and transaction logs, and the results were obviously not pretty.