The Case for Migrating SYSVOL to DFSR

First published on TechNet on Apr 22, 2010
Hello folks, Ned here again. Recently I was asked to provide a technical assessment of the risks of continuing to use the File Replication Service (FRS) and the benefits of migrating to DFSR, all regarding SYSVOL on domain controllers. I thought I’d find a decent set of documentation on TechNet, polish it up and send it along – I was wrong; I had to spend several hours coming up with a complete list.

Now you can reap the benefits. Hopefully this helps you convince yourself or your management that the time has come to cut the cord on FRS, especially if you have already deployed your Windows Server 2008 DC’s.


The risks and downsides of FRS and SYSVOL

The improvements and upsides to DFSR and SYSVOL


Here’s a different way of looking at it, as I know executives love their matrices:

Now go migrate . For most customers it will be a few hours of work. Your manager may not even have time to buy you lunch on a Saturday.

Stay tuned for another article about the benefits of using FRS. Its title will be “the shortest blog post ever written” and will contain only a picture of my dogs eating their toys. Here’s a preview. 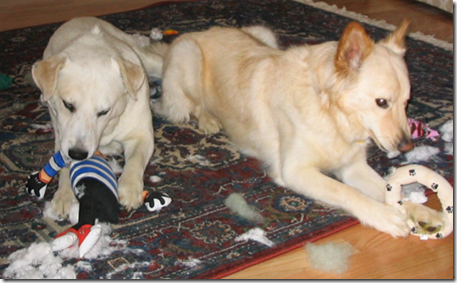 A special thanks to Mahesh from the DFSR product team for his timely review and contributions to this write up. You rock dude.

I am migrating FRS to DFSR,I have migrated to prepared state. When I run Propagation test it fails and I get below error.

Could some one help me on this.