Turn on suggestions
Auto-suggest helps you quickly narrow down your search results by suggesting possible matches as you type.
Showing results for
Show  only  | Search instead for
Did you mean:
How to Virtualize Active Directory Domain Controllers (Part 2)
By


Hello everyone, this is Shravan from the Active Directory team and Jason from the System Center VMM team here at Microsoft. This is part 2 of the blog series where we discuss how to migrate Active Directory domain controllers to a virtualized system. Last time we discussed how to plan for moving the physical domain controllers to virtual servers, identified the concerns with USN rollback and the methods of performing the P2V migrations. Here we will identify the competitive features of SC VMM, system requirements to identify source machines and target servers and some tricks with the tool we have learnt working with other customers..


Why is SC VMM better?


Basically, SCVMM has two modes of P2V operation - ONLINE and OFFLINE. In the ONLINE mode, the source and destination are kept turned ON during the migration process whereas in OFFLINE mode, the source machine is turned OFF before the restore process is completed on the Destination or Virtual DC. OFFLINE Mode is the recommended P2V method for DCs .


First and foremost, here’s the gotcha – the default selection for SCVMM is ONLINE mode. The option to change it is hidden under the “Conversion Options” expanded menu as shown below. 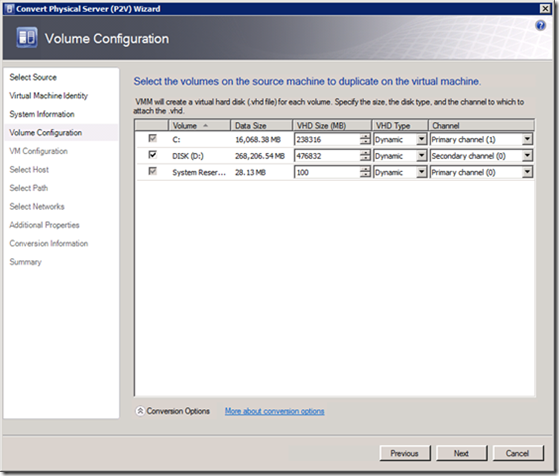 This has been easily overlooked by me and some of my customers but it results in a warning message below stating “ Online physical to virtual conversion of domain controller is not recommended ” but the wizard lets you proceed with it. Unless you read the warning message and stop to find out where the switch to OFFLINE P2V conversion is, you may run into the problem with USN Rollback we discussed earlier. 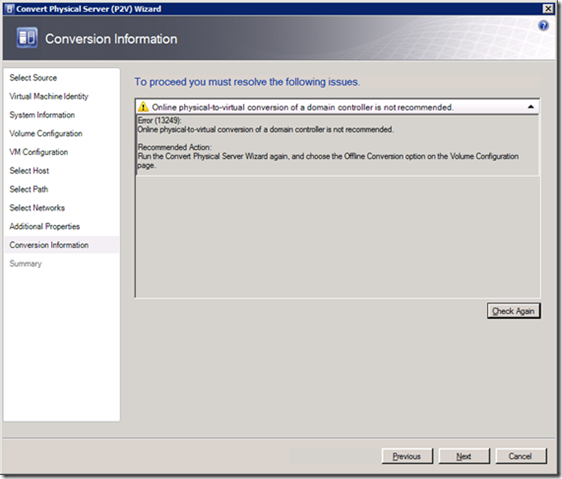 Going back to the previous screen, we expand the Conversion options and choose OFFLINE conversion. Also it’s recommended to select the checkbox for “ Turn off source computer after conversion ” to avoid the potential for a USN rollback. 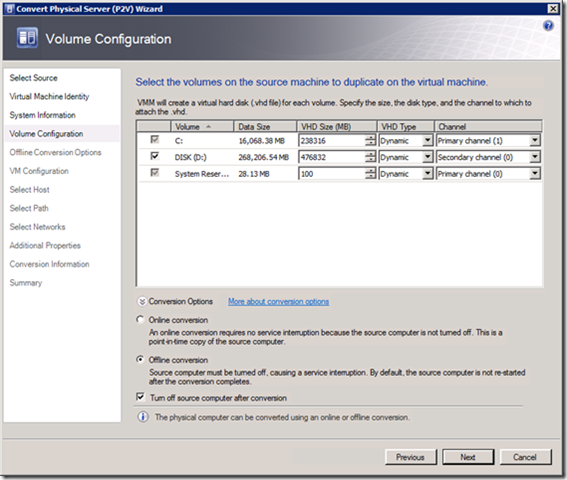 Additionally when you choose OFFLINE Conversion mode, you get presented with the following UI which lets you select how you want to handle the IP assignment on the virtual DC. 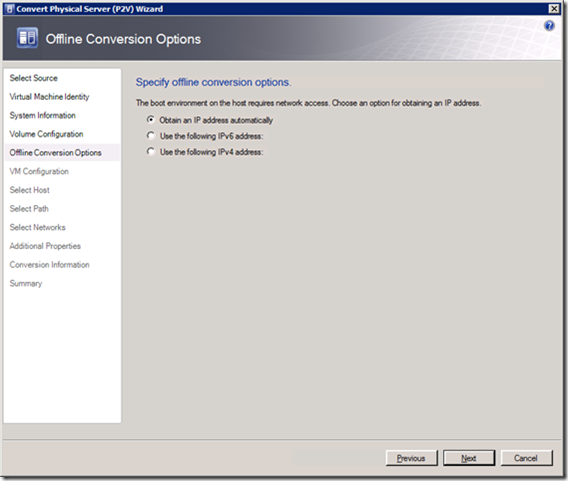 Below I have pasted in some important verbatim from the following article:

Requirements on the Source Machine


To perform a P2V conversion, your source computer:


Requirements for the Destination Host Server


In VMM, a host is a physical computer on which you can deploy one or more virtual machines. To run P2V, you need a host on which to place the image of the source computer.


Requirements for the host server include:

Deciding Which Computers to Convert


To successfully perform P2V, you must be able to identify appropriate physical workloads for consolidation into the virtualized environment. This section will help you identify which computers are good candidates for conversion.


The Virtualization Candidates report helps you identify underutilized computers by displaying average values for a set of commonly requested performance counters for CPU, memory, disk usage, hardware configurations, including processor speed, number of processors, and total RAM. To use the Virtualization Candidates report, you must deploy the System Center VMM 2008 Management Pack. For more information about reporting, see Configuring Reporting for VMM .


When identifying the best candidates for P2V conversion, consider converting these types of computers, in order of preference:

Since VMM uses WinPE to boot into the source when performing the OFFLINE migration, if the drivers for any device on the source machine doesn’t exist in WinPE, you may get an error similar to the one below:


“ No compatible drivers were identified for the device: <DEVICE_NAME> ”


For instance, if the VMM server does not have the drivers for the NIC “3COM 3C920 Integrated Fast Ethernet Controller” that is present on the physical source DC, then you will see an error similar to the one below as we require the driver in order to boot using WinPe on the physical DC. 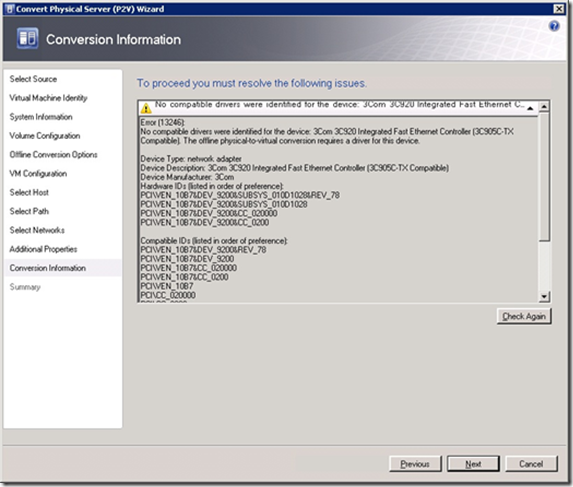 If the primary boot and active partition on a server is FAT32, then SCVMM will be unable to perform the migration. 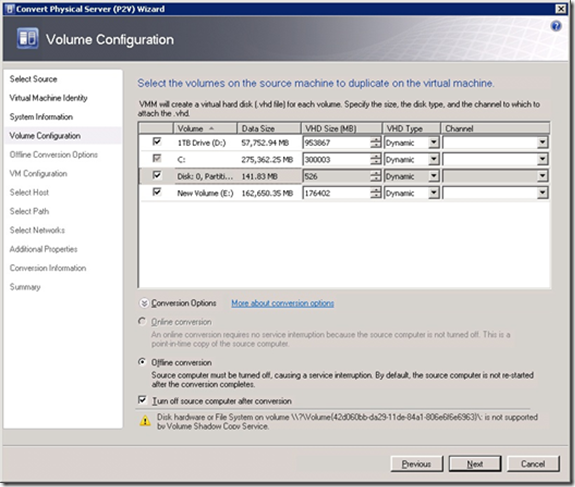 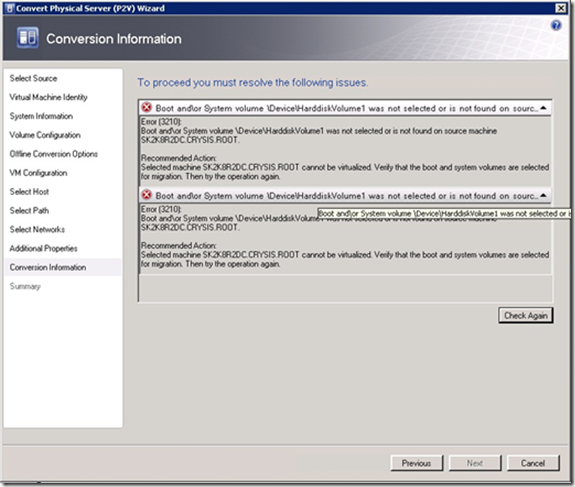 
That’s it for now. We are certain that there are a million other hardware combinations that we may not have tested in our above experiments but we hope to hear back from you with any specific situations you may have run into during your journey to a virtualized world.