My name is Ajay Sarkaria & I work with the Windows Supportability team at Microsoft. There have been many questions on deploying the newly released security update MS16-072 .


This post was written to provide guidance and answer questions needed by administrators to deploy the newly released security update, MS16-072 that addresses a vulnerability. The vulnerability could allow elevation of privilege if an attacker launches a man-in-the-middle (MiTM) attack against the traffic passing between a domain controller and the target machine on domain-joined Windows computers.


The table below summarizes the KB article number for the relevant Operating System:

What does this security update change?


Traditionally, all group policies were read if the "user" had read access either directly or being part of a domain group e.g. Authenticated Users


What do we need to check before deploying this security update?


As discussed above, by default "Authenticated Users" have "Read" and "Apply Group Policy" on all Group Policy Objects in an Active Directory Domain.


Below is a screenshot from the Default Domain Policy: 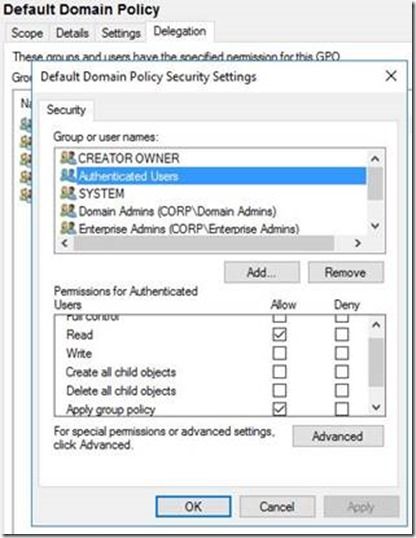 If permissions on any of the Group Policy Objects in your active Directory domain have not been modified, are using the defaults, and as long as Kerberos authentication is working fine in your Active Directory forest (i.e. there are not Kerberos errors visible in the system event log on client computers while accessing domain resources), there is nothing else you need to make sure before you deploy the security update.


In some deployments, administrators may have removed the "Authenticated Users" group from some or all Group Policy Objects (Security filtering, etc .)


In such cases, you will need to make sure of the following before you deploy the security update:


What will happen if there are Group Policy Objects (GPOs) in an Active Directory domain that are using security filtering as discussed in the example scenario above?


Symptoms when you have security filtering Group Policy Objects (GPOs) like the above example and you install the security update MS16-072:


What is the Resolution?


What if adding Authenticated Users with Read permissions is not an option?


If adding "Authenticated Users" with just "Read" permissions is not an option in your environment, then you will need to add the "Domain Computers" group with "Read" Permissions. If you want to limit it beyond the Domain Computers group: Administrators can also create a new domain group and add the computer accounts to the group so you can limit the "Read Access" on a Group Policy Object (GPO). However, computers will not pick up membership of the new group until a reboot. Also keep in mind that with this security update installed, this additional step is only required if the default "Authenticated Users" Group has been removed from the policy where user settings are applied. 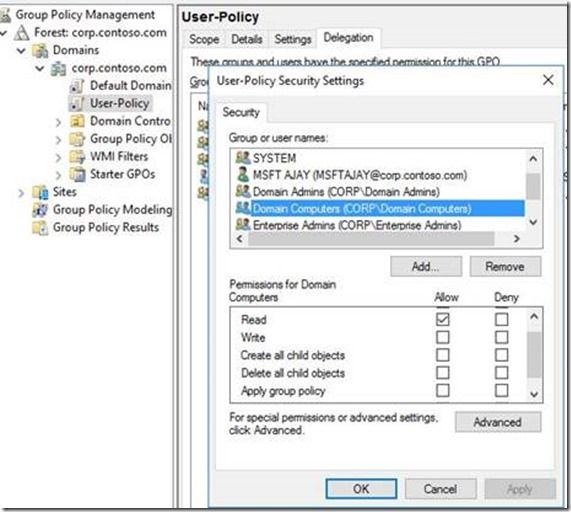 Now in the above scenario, after you install the security update, as the user group policy needs to be retrieved using the system's security context , (domain joined system being part of the "Domain Computers" security group by default), the client computer will be able to retrieve the user policies required to be applied to the user and the same will be processed successfully.


How to identify GPOs with issues:


In case you have already installed the security update and need to identify Group Policy Objects (GPOs) that are affected, the easy way is just to do a simple gpupdate /force on a Windows client computer and then run the gpresult /h new-report.html -> Open the new-report.html and review for any errors like: "Reason Denied: Inaccessible, Empty or Disabled"

What if there are lot of GPOs?


A script is available which can detect all Group Policy Objects (GPOs) in your domain which may have the “Authenticated Users” missing “Read” Permissions
You can get the script from here: https://gallery.technet.microsoft.com/Powershell-script-to-cc281476

Sample Screenshots when you run the script:

In the first sample screenshot below, running the script detects all Group Policy Objects (GPOs) in your domain which has the “Authenticated Users” missing the Read Permission.

If you hit “Y”, you will see the below message:

What if there are AGPM managed Group Policy Objects (GPOs)?

Follow the steps below to add “Authenticated Users” with Read Permissions:

To change the permissions for all managed GPO's and add Authenticated Users Read permission follow these steps:

Re-import all Group Policy Objects (GPOs) from production into the AGPM database. This will ensure the latest copy of production GPO's. 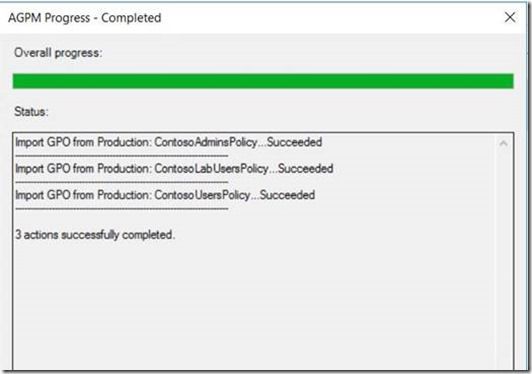 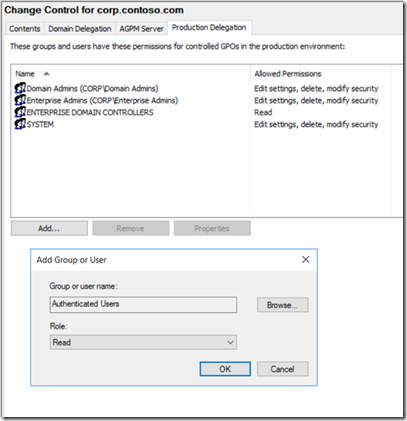 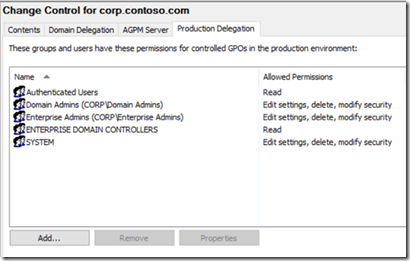 Select and Deploy GPOs again:
Note:  To modify permissions on multiple AGPM-managed GPOs, use shift+click or ctrl+click to select multiple GPO's at a time then deploy them in a single operation.
CTRL_A does not select all policies. 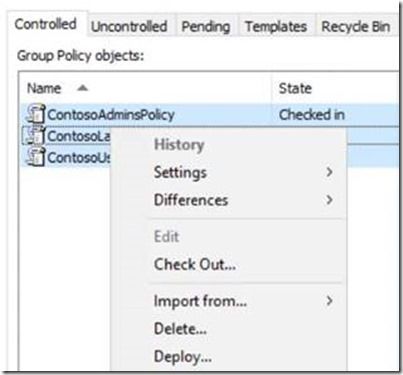 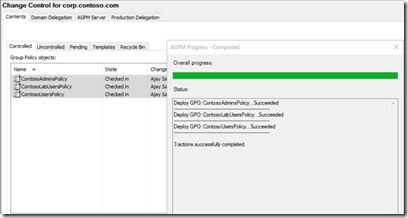 The targeted GPO now have the new permissions when viewed in AD:

Below are some Frequently asked Questions we have seen:


A1 ) It is recommended you patch Windows and Windows Server computers which are running Windows Vista, Windows Server 2008 and newer Operating Systems (OS), regardless of SKU or role, in your entire domain environment. These updates only change behavior from a client (as in "client-server distributed system architecture") standpoint, but all computers in a domain are "clients" to SYSVOL and Group Policy; even the Domain Controllers (DCs) themselves


Q2 ) Do I need to enable any registry settings to enable the security update?


A2) No, this security update will be enabled when you install the MS16-072 security update, however you need to check the permissions on your Group Policy Objects (GPOs) as explained above


Q3) What will change in regard to how group policy processing works after the security update is installed?


Q4) We already have the security update MS15-011 & MS15-014 installed which hardens the UNC paths for SYSVOL & NETLOGON & have the following registry keys being pushed using group policy:

Should the UNC Hardening security update with the above registry settings not take care of this vulnerability when processing group policy from the SYSVOL?


UNC Hardened Access is enabled for SYSVOL/NETLOGON, and this particular security update ( MS16-072 \ KB3163622 ) is installed


Q5) If we have security filtering on Computer objects, what change may be needed after we install the security update?


Q6) We are using security filtering for user objects and after installing the update, group policy processing is not working anymore


Example Screenshot as below: