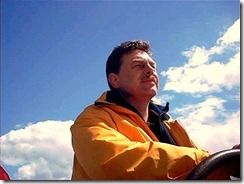 Over the weekend, the DPM community lost one of its best – Ruud Baars.

While you may be familiar with some of the DPM voices and faces, Ruud was one of the quiet and sometimes unseen, true innovators of how to deploy DPM in the real world.

Ruud worked at Microsoft for more than 10 years. He started his career in Product Support and joined Services five years ago. His last position was that of Senior Consultant in the Core IO team. Ruud was a very passionate and driven person -- to customers and colleagues alike, dedicated to Microsoft technologies and its development. We will remember Ruud for his valued critical and optimistic attitude and his unique, characteristic, concise and powerful way of communication.

Ruud was one of the first Microsoft consultants to really pick DPM up. In the early days of DPM v1 (2006), there was a lot of excitement around the potential of Microsoft delivering its own backup solution. But after the anticipation, and the evangelism, and the proofs of concept, it was early experts like Ruud who actually helped customers successful with their first deployments. And as the DPM communities grew, both internal to Microsoft and externally with customers, partners and industry SMEs/MVPs, it was often Ruud who acted as the ‘deployment guru’ that we all learned from – not just about DPM itself, but storage, backup/recovery, and service.

Three months ago, Ruud was diagnosed with lung cancer, which overtook him last weekend. He leaves behind his wife, Han, and daughter Kimberley – as well as a company and community that are indebted to his knowledge and service.