Using Docker Images in your Lab: Setup a Fedora environment

The Azure marketplace provides hundreds of Windows and Linux images that include a variety of common applications already preinstalled, such as SQL Server, Office, and more.  When you create your lab, you can select an image from the marketplace and then customize it further by installing additional software based on the unique needs for your class.  You can then export this custom image to the Shared Image Gallery so that you can reuse your image to create other labs.  This is the easiest approach for creating and reusing a custom image and is well-suited for most types of classes.

Even with the wide selection of images in the marketplace and the ability to customize them, you may still run into scenarios where this doesn’t suit your needs.  In this case, you have a couple of options that give you flexibility to use other types of images in your lab:

Since both options are technically advanced scenarios, we recommend engaging with your IT department if you choose to pursue either of these.

Using a Docker container image may be a suitable option when an image that you need isn’t currently available in the marketplace.  Let’s look at an example of this with a lab that needs to be created based on the Linux distro, Fedora.  Here are some things to note about Fedora: 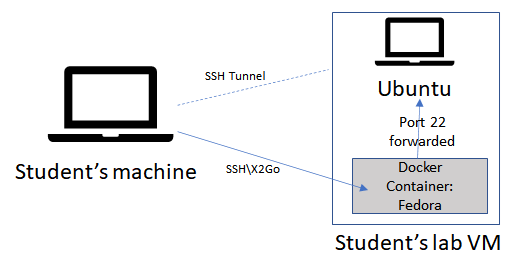 The above diagram shows how this configured – here are key points:

To configure this example, follow the steps in the Fedora Docker Container sample.  After you've completed the steps in this sample, students will be able to connect directly from their local computer to the Fedora GUI desktop: 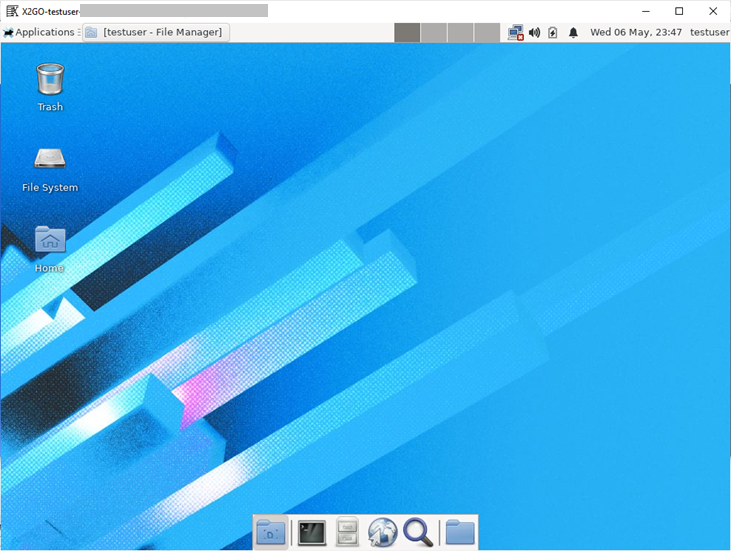 This sample showed how you can use Docker images in your lab.  Although we showed using Fedora with Docker, the same idea can be applied to other types of Docker images.  If you choose to create custom Docker images, you may also want to look at how to back up your Docker images in Azure Container Registry.  In addition, we encourage you to look at the Big Data Analytics class type which shows another example of using Docker.

Last but not least, if you have images that you would like to see in the marketplace that aren’t currently available, we would be interested to know this – please let us know by leaving a comment here and we’ll follow up with you.  Thanks!