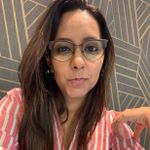 Businesses today are increasingly adopting hybrid and multi-cloud technologies for their infrastructure workloads. As the infrastructure footprint is growing and getting diverse, so is the need for infrastructure automation in sustaining and running operations efficiently across the environments, along with consistent management of your resources spread across environments, would likely be on top of your mind.

The Azure Automation service has been around since 2014 used for orchestrating & automating operations. These operations can be anything from day-to-day mundane task to a complex mission critical long running task written in PowerShell or python, two of the most common scripting languages. Automation accounts provides runbooks which are essentially scripts used to accomplish an automation task. These tasks, referred to as automation jobs, can run in the cloud or an on-premises hybrid machine.

The User Hybrid Runbook Worker feature of Azure Automation is used for executing runbooks directly on an Azure Virtual machine or non-Azure machine. From the machine that's hosting the role, you can execute runbooks directly on it to automate operations in cloud or on-premises resources.

User Hybrid runbook worker is one of the most popular tool for customers. While customers find the hybrid worker feature very useful, they want simplification of the multi-step onboarding process. This current solution leverages a Log analytics Agent-Based platform for onboarding Hybrid Workers for Azure and non-Azure machines. The need to create a Log Analytics workspace and importing the solution pack for hybrid worker often leads to invalid configuration and errors.

Today we are announcing native integration of Azure Automation User Hybrid Runbook Worker based on VM extensions for Windows and Linux Azure VMs & non-Azure machines through Arc enabled servers. We are bringing the cloud native control plane support through Azure Arc-enabled servers to non-Azure machines used for executing Hybrid automation jobs. Customers can now have a unified management experience & seamless onboarding for Automation Hybrid runbook workers across Azure and Arc-enabled servers without having a dependency on Log Analytics agent.

Other benefits of an extension-based Platform for onboarding Hybrid Runbook workers:

You will see a few changes in the Hybrid worker management experience in the Azure portal. In the previous agent-based platform of Hybrid Runbook Workers, there was no way of managing hybrid runbook workers and hybrid worker groups for operations like creating, deleting, adding machines to the hybrid worker group through the portal, PowerShell, or REST APIs.

In the new extension-based platform, the onboarding flow has been simplified where you can select the machines to be added to the Hybrid Runbook Worker group and the whole process of registering the machines as hybrid workers and installing the Hybrid worker to the target machine is taken care of behind the scenes. 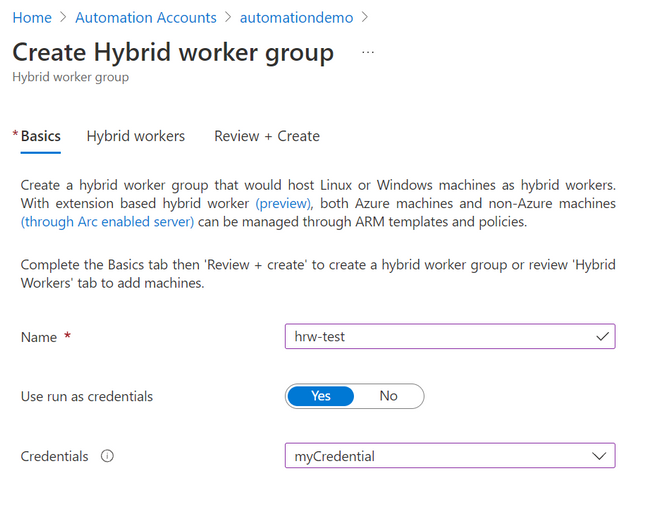 Once the machine is added to the Hybrid Worker group as seen under Hybrid worker group, select Hybrid Workers. You can see the Resource Property either as an Arc-enabled server or Azure Virtual machine, and the Platform as Extension based (V2).

You can view the status of the Hybrid Worker extension from the Virtual machine extension properties – HybridWorkerExtension (For Windows and Linux).

Along with creation and adding worker to the worker group flow, the delete operation has also been provided in the portal experience. You can delete a single Hybrid runbook worker machine or multiple machines in bulk as well as delete a Hybrid worker group, if there are no machines added to it.