Turn on suggestions
Auto-suggest helps you quickly narrow down your search results by suggesting possible matches as you type.
Showing results for
Show  only  | Search instead for
Did you mean:
Microsoft Technical Takeoff: Windows and Microsoft Intune
Oct 24 2022 07:00 AM - Oct 27 2022 12:00 PM (PDT)
Find out more
What’s new for IT pros in Windows 10, version 1909
By 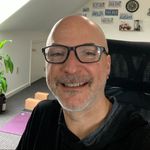 Windows 10, version 1909 is now available through Windows Server Update Services (WSUS) and Windows Update for Business, and can be downloaded from Visual Studio Subscriptions, the Software Download Center (via the Media Creation Tool[1]), and the Volume Licensing Service Center (VLSC)[2].

Today marks the start of the servicing timeline for this Semi-Annual Channel release. By updating to Windows 10, version 1909, devices running the Enterprise and EDU editions will receive 30 months of support. (Devices running the Home, Pro, Pro for Workstations, Pro Education, and IoT Core will receive the standard 18 months of support.) For more details, see the Windows lifecycle fact sheet.

As you begin to roll out this new update to your organization, here are some of the new, key features and enhancements that will allow you to benefit from intelligent security, simplified updates, flexible management, and enhanced productivity.

11.21.2019 Editor's note: We have updated this section to remove an error. Windows Sandbox does not support mixed-container scenarios at this time.

What else have we been up to?

To complement your Windows 10, version 1909 experience, we’ve been busy with other new, exciting products and features that you may have heard about!

On Tuesday, November 19, 2019 from 9:00-10:00 AM Pacific Time, we will be hosting a live Windows 10 Ask Microsoft Anything (AMA) event on the Tech Community. This event is your opportunity to talk to the engineers and product managers—and ask them any questions you may have about update management, deployment, device management, identity management, policy settings, you name it.

To participate, visit https://aka.ms/ama/w10v1909 at 9:00 AM on November 19th, sign in to Tech Community, and post your questions! We’ll have members of the Windows Autopilot, Microsoft Endpoint Manager, Microsoft Defender ATP, Microsoft Edge, Windows Servicing & Delivery, and other teams standing by to provide answers. 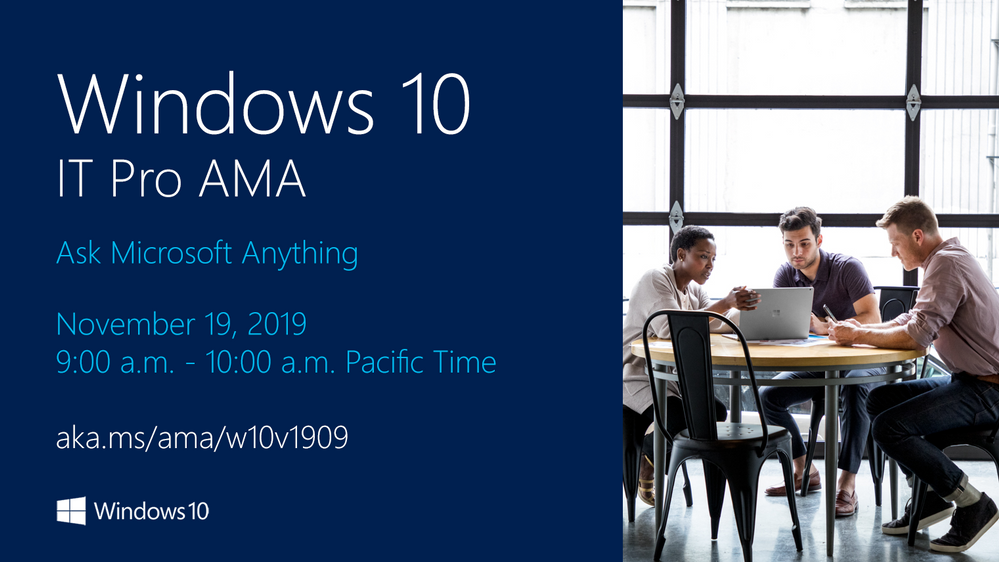 In the meantime, here are some answers to frequently asked questions that come up when we release a Windows 10 feature update.

Is there also a Windows Server release with this release?

Will there be a new Long-Term Servicing Channel (LTSC) release?
No. Windows 10 Enterprise LTSC 2019 is the current LTSC option, and was released with Windows 10, version 1809 in November of 2018. The next LTSC release can be expected toward the end of 2021. Customers currently using the LTSC for special-purpose devices should start working to upgrade those devices to Windows 10 Enterprise LTSC 2019 as mainstream support for that release will continue until January 9, 2024.

Can I upgrade our devices from Windows 7 directly to Windows 10, version 1909?

Yes. You can directly upgrade from Windows 7 to Windows 10, version 1909. We strongly encourage you to begin your upgrade process immediately to avoid missing the January 14, 2020 end-of-support date for Windows 7.

How can I preview versions of Windows 10 before they become available? I want to start testing these new features early so I can deploy them when they are released!

The Windows Insider Program for Business team enables IT administrators to view and provide feedback on upcoming security, management, and productivity features ahead of release. Plus you can manage the installation of Windows 10 Insider Preview Builds across multiple devices in your organization using WSUS and Configuration Manager. For more information, see Publishing pre-release Windows 10 feature updates to WSUS.

We will, however, be updating the following resources for this release:

The Windows release health dashboard has also been updated so that you can easily see and track any known issues for Windows 10, version 1909 until they are mitigated and resolved.

To see a summary of the latest documentation updates, see What’s new in Windows 10, version 1909 IT pro content on Docs.

[2] It may take 24 hours for downloads to be fully available in the VLSC across all products, markets, and languages.

Question: I keep seeing this in various MS documents about the 1909 update and WSUS...

Please see John Wilcox's earlier post from July 1st. Yes of course you can upgrade to Windows 10, version 1909 from any version of Windows. Upgrading via enablement package requires starting from version 1903. If you are coming from any other version of Windows (including Windows 7/8/8.1/10) then the upgrade is done via normal upgrade channels.

@Joe Lurie any updates to the security baselines for 1909

Edit: oops, it’s in the blog post, reading is hard, thanks!

@Steven Turner  It says in the post. Security baseline for Windows 10, version 1909 and Windows Server, version 1909 – available in the coming week"

datorkar
Occasional Visitor
"CPU rotation – A CPU may have multiple “favored” cores. To provide better performance and reliability, we’ve implemented a rotation policy that distributes the work more fairly among the favored cores." Is this specific to the new 10th gen Intel processors or also applicable to the AMD Ryzen processors?
1 Like
Like

1909 also adds experimental support for TLS 1.3, although this is not mentioned here.

Is there something I need to do to enable this, besides adding the "DisabledByDefault" and "Enabled" keys to "HKEY_LOCAL_MACHINE\SYSTEM\ControlSet001\Control\SecurityProviders\SCHANNEL\Protocols\TLS 1.3"

Do I need to update "HKEY_LOCAL_MACHINE\SOFTWARE\Policies\Microsoft\Cryptography\Configuration\SSL\00010002" with new Functions?

I'm not able to join to due time zone differences.  Is it possible to post instructions to enable it?  I found a list of 5 1.3 ciphers and added these to my Functions list, but it still doesn't work.  I assume I'm missing something here.

Sorry you won't be able to join the AMA. We can't publish steps for TLS 1.3 here, as we purposefully left this out of the blog. When TLS 1.3 is ready for public release - even in preview (now its experimental, not preview) the team responsible for TLS 1.3 will post a blog. Until then, I can't post those steps.

Is there a release date for the 1909 ADMX file?  We are currently testing 1909 in our company, and need to control some of the new features.

@Tom_Fox here's the ADMX files, released on Friday (sorry I was working in a different timezone Friday and am just back to work now) https://www.microsoft.com/en-us/download/100591

Thanks for the link, is there also a document/blog outlining the new policies?  Normally there is a "Group Policy Settings Reference Spreadsheet" but I can't find one for 1909.

SiobhanTX
New Contributor
@Joe Lurie - joined the AMA promptly on time, asked the question about TLS 1.3 schannel support - not a single reply.
1 Like
Like

I have installed nov 2019 windows updates. now my windows search is not working. 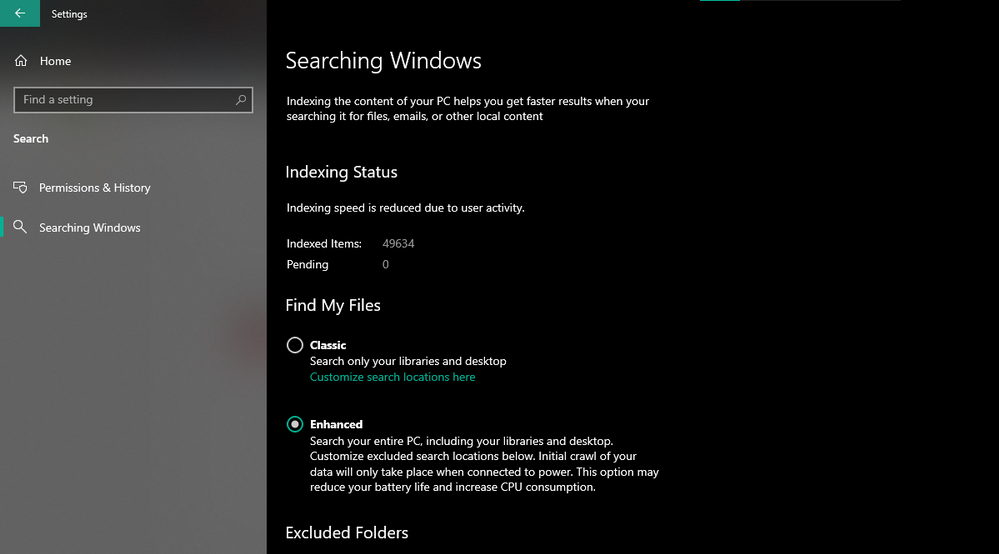 @Tom_Foxyou can find the spreadsheet under within Windows 10 Version 1909 and Windows Server Version 1909 Security Baseline.zip on https://www.microsoft.com/en-us/download/details.aspx?id=55319

regarding Cloud Clipboard, what if users are copying passwords? are they strored then in history as well?

@bears10 only in the clipboard history

@HotCakeXyeah thats what i meant - moreove i presume stored in plaintext?! in my opinion this must not be possible.

@bears10 Yeah but it shouldn't be a problem because a) you can delete your password after copying it from the clipboard so there won't be any history of it and b) when you copy your password as a plaintext format instead of the masked starred format, you must be needing it that way so clipboard can't automatically mask it or detect it's a password .so either you should let browsers automatically enter your passwords into the websites which most browsers do these days, or you type in your password yourself manually. 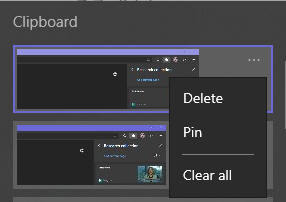 the thing is, clipboard syncing is Not enabled by default in Windows 10, you need a Microsoft account and 2 factor authentication enabled for it to work.

also when you sign into your other devices, Windows 10 devices, they are secured by your password/PIN or other Windows Hello biometric authentications, no one can easily access your clipboard history :)

At the moment, quite disappointed to be honest.

Lost an hour and a half of my working day when pressed the upgrade button - this on an i7 with 8 logical processors and a SSD - so obviously a big upgrade.

However; thus far the only change I have noticed is where I used to click Start and type one or two characters, to get my application shown on the short list to run; I now only see Microsoft applications, until I get to 5 or 6 characters, at which point I get to see the application I actually want to run.

Sorry Microsoft, but as an Engineer, 90% of the application you supply Windows 10 with are of little or no use to me, I need to use third part applications to do my job. That is now that little bit less efficient with 1909.

what does this mean exactly? how one loses work by pressing upgrade button? you forgot to save your open programs?

No, it took an Hour and a half for the upgrade to install...

Hi, I also experienced Windows Search no longer working.  In the task bar, selecting the Search icon, opened the Search screen but this remained black for some seconds, after which it disappeared again.  No luck to enter anything.

I was able to fix it by using method 1 from following article (no reboot was needed):

Have noticed odd behavior updating our base images used for VMware Horizon. Updating from 1809 to 1909 using Windows Update (no WSUS, directly to WU). It shows 1909 as available. I press Download and install. It shows that 1909 is being installed. But in the end it is 1903 after the update and i have to go through update again to actually update it to 1909. And even if it is 1903 it is not providing Enablement package update and installs full update instead. Not sure if this is because of something on our images or what.

@wroot Thanks for the message. I haven't noticed that. I'm adding my friend and colleague, the great @Aria Carley to see if she can answer.

@wroot what about contacting customer support or your account rep?

We have reps, although they usually consult about licenses :) But i am able to open cases. These two machines are already updated. I have a bunch waiting to be updated (all 1809). Do you think i should open a case before updating one? Probably not much to look at after the update. I'm not sure if this issue will happen again, but so far it is 2 for 2.