Turn on suggestions
Auto-suggest helps you quickly narrow down your search results by suggesting possible matches as you type.
Showing results for
Show  only  | Search instead for
Did you mean:
How bwin is using SQL Server 2016 In-Memory OLTP to achieve unprecedented performance and scale
By

bwin (part of GVC Holdings PLC) is one of Europe's leading online betting brands, and is synonymous with sports. Having offices situated in various locations across Europe, India, and the US, bwin is a leader in several markets including Germany, Belgium, France, Italy and Spain.

To be able to achieve our goals in these increasingly competitive markets, bwin’s infrastructure is constantly being pushed to stay on top of today’s - and sometimes even tomorrow’s – technology demands. With around 19 million bets and over 250 000 active users per day, our performance and scale requirements are extraordinary. In this blog, we will discuss how we have adopted In-Memory OLTP with SQL Server 2016 to meet these demands.

Our Caching Systems:
For years we’ve depended on Microsoft AppFabric and other distributed cache systems such as Cassandra or Memcached , as one of the central pieces in our architecture, in order to meet the demanding requirements on our systems. All major components, including sports betting, poker, and casino gaming rely on this cache, which makes it a critical component for our current and future business needs. In fact, a failure of this caching system would directly translate to a total blackout of our business, making it one of the most mission critical systems in the overall architecture.

With this configuration, we faced scalability issues, and worse, we saw that with higher transaction volumes, the stability of the whole distributed cache system was not able to keep up with the workload. Even in scaling out the amount of caching nodes we still faced stability issues, leading to high availability degradation.

Additionally, there were setup and maintenance pains, which lead to a high workload overhead for various departments to keep the system operational. Even with all this reoccurring work, the results we achieved were never satisfactory.

Below is a simplified architecture of our distributed caching system: 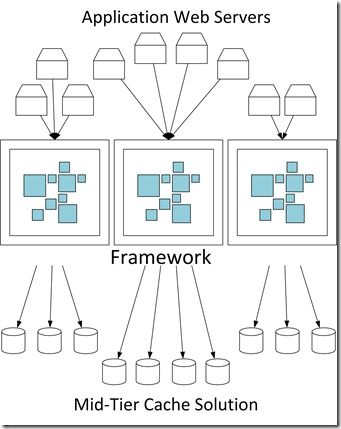 For these reasons, to become more stable and keep up with the business requirements, we were forced to consider better alternatives and overall solutions for our caching layer.

That was the moment when we realized that we already had the solution - codenamed “Hekaton”, the In-Memory OLTP engine, built within SQL Server. In fact, this was the technology we were already using for a similar solution for a while, our ASP.NET SessionState.

Over the years, we gathered a good deal of experience working with In-Memory OLTP for our ASP.NET SessionState solution, and the performance of the solution received positive feedback both from within and outside of our company.

With In-Memory OLTP in SQL Server 2016 extending its functionality, for example memory-optimized table support for LOB datatypes, we were able to move more code into native compiled stored procedures, and even reach a new record for our In-Memory OLTP based ASP.NET SessionState database during our research LAB engagement with Microsoft Enterprise Engineering Center (EEC) in October 2015.

With all the scalability improvements in SQL Server 2016, and migration of the all the Transact-SQL to natively compiled stored procedures and a memory-optimized table, we were able to achieve and sustain over 1.2 million batch requests/second – an improvement of 4x over our previous high watermark!

Below is the summary of performance improvements we’ve achieved by using In-Memory OLTP for our ASP.NET SessionState. We have also included the batch requests/sec from performance monitor and the measurements of waits within SQL Server 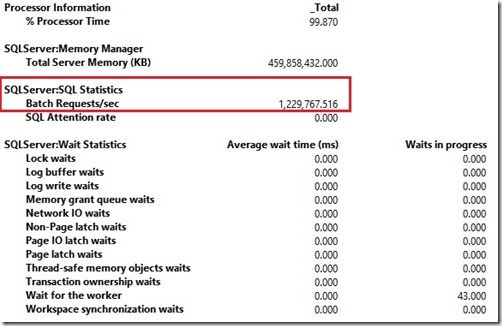 With this level of performance and stability achieved, together with all the experience we gathered during years of working with the ASP.NET SessionState solution, we felt confident we could utilize this as our building block for a new global caching system based on the In-Memory OLTP engine.

Our New Global Caching System:
The global caching system, based on our ASP.NET Session State implementation and In-Memory OLTP is now the replacement for all our distributed caching systems.

Below is a simplified architecture diagram of our new global caching system with SQL Server 2016 In-Memory OLTP: 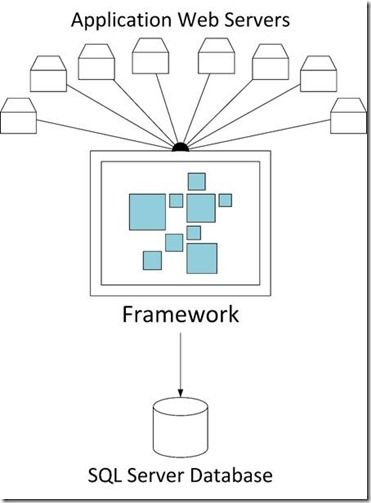 Having changed the architecture, we can now not just keep up with performance we had with our distributed cache system, but far-exceed it, using only one single database node, compared to the 19 mid-tier cache nodes previously used.

In addition to reducing the number of servers needed to obtain the performance we needed, we also achieved several performance gains, as displayed in the diagram below. The graphic, which comes from our application monitoring solution, shows three things: 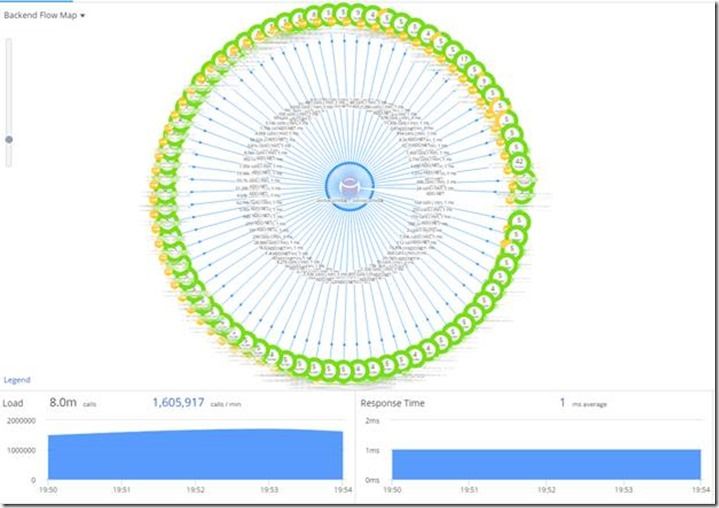 Also of note, as the global cache is such a central piece of our business we also have it as part of a high availability solution. In this case, if for some reason the server hosting the SQL Server database does fail we can easily move the workload to another SQL Server database.

Implementation of the Global Caching Database:
While the performance gains with In-Memory OLTP have been amazing, the implementation at its core was quite simple. From the database perspective, the memory-optimized table, simply put, is just a key/value store with its primary makeup containing a key (Primary Key), a value (BLOB) and an expiration date. The application has three possible ways of interacting with this table, in the form of three natively compiled stored procedures:

In the background, there is a scheduled T-SQL job which deletes all expired entries from the table, on a regular basis.

From the development perspective, the impact was quite minimal. Previously, all the code necessary to access the distributed cache solutions was contained in an “abstraction layer” DLL. Hence the changes needed to use SQL Server as the caching solution were quite localized to that specific DLL, which meant no impact to the actual applications using the caching tier.

As our senior software engineer on the project noted “ All in all the migration of the code in [our] framework was not so difficult, we spent much more time by testing and tuning it than by the implementation itself.” – Marius Zuzcak