Turn on suggestions
Auto-suggest helps you quickly narrow down your search results by suggesting possible matches as you type.
Showing results for
Show  only  | Search instead for
Did you mean:
Skype for Business on Mac version 16.12.75 is available!
By 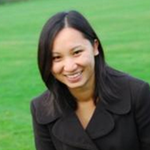 The SfB Mac team is excited to announce that our October release is now available for download. Below is a list of features and improvements in this release.

Easily change devices when in a meeting or call

Users can select the Devices button while in a meeting or call to select audio and video devices.

When a user connects an audio device to the computer, the app will ask whether to use the device as the default for calls and meetings.

Users will now see screen sharing fill the meeting or conversation window so it is easier to see what is being shared.

Stop screen sharing when you hang up

The app will automatically stop sharing the screen when a user hangs up to make sure others can't see the user's screen after they leave a meeting or call.

Invite users to a meeting through email

The user can easily send an email to someone with information on how to join a meeting by clicking Invite by Email in the Meeting Information dialog box.