Turn on suggestions
Auto-suggest helps you quickly narrow down your search results by suggesting possible matches as you type.
Showing results for
Show  only  | Search instead for
Did you mean:
New release: SharePointDsc v2.4 has been published!
By 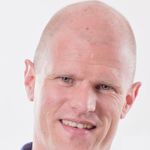 Version 2.4 of SharePointDsc has been released last Wednesday. Over the last weeks we've implemented many bugfixes and improvements to the module. This release will be part of the DSC Resource Kit which was released on July 25th 2018.

With the release of the Public Preview of SharePoint 2019 last Tuesday, we are about to add support for SharePoint 2019 to our "v3.0-development" branch. Over the past weeks we have been testing SharePointDsc with early releases of SharePoint 2019 and implementing changes to fix issues we discovered. More on this once the support has been added.
Improvement/Fixes in v2.4
A huge thanks to the following guys for contributing to this project:
Nik Charlebois, Johan Ljunggren and adruet29

Let us know in the comments what you think of this new release!
2 Likes
Like