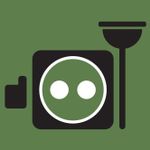 
Who is the new guy blogging?


Before getting into the topic, I wanted to introduce myself.
My name is Mike Kostersitz, I am Principal Program Manager and just joined the core networking team in the Cloud and AI organization. I will be focusing on expanding the Windows container networking ecosystem, work with partners to bring their solutions to Windows and bridge the gap between Linux and Windows systems in the container space.
Enough of the intro. Let’s jump in.


What is Red Hat OpenShift

Red Hat OpenShift for Windows will enable managing Windows server 2019 Nodes and containers in a mixed Linux and Red Hat Windows OpenShift deployment.
The solution will be run on RedHat Enterprise Linux 7.x and use for now Windows Server 1803 worker nodes. The nodes can be physical or virtual.

In the simple example below, we deploy two virtual machines, one to run the Red Hat OpenShift master node and one to be the worker node for the Windows containers running on Windows Server Core.
To enable network connectivity the solution will use the Cloudbase OVN/OVS CNI plugin and to allow seamless setup the cluster will require a DNS and a DHCP server. The DHCP server will be used to assign IP addresses to the Windows worker node and all pods in the system.
( Note to self: Don’t deploy a DHCP server in your corporate network. Bad things might happen, such as everyone in the local area getting a non-routable IP address from your server blocking internet and corporate resource access.) 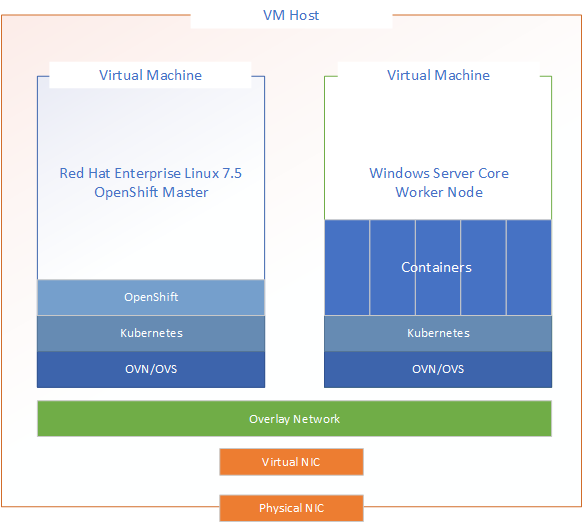 
Red Hat OpenShift support for Windows is coming and will provide the build, deployment and CI/CD capabilities of Red Hat OpenShift on Linux to Windows Server.
While we have not set a final release date yet for Red Hat OpenShift on Windows we are working closely with the OpenShift team at Red Hat and are looking forward to release a preview of what is to come sometime in the first half of next year.

Stay tuned for more on this topic as things develop.

Thanks for reading this far and keep an eye out for our next post on OpenShift for Windows
Editors Note: 11/15/18: Updated formatting and fixed a few typos.