Turn on suggestions
Auto-suggest helps you quickly narrow down your search results by suggesting possible matches as you type.
Showing results for
Show  only  | Search instead for
Did you mean:
How Sphero Leveraged Windows App SDK for a Great User Experience
By

Sphero is transforming K-12 education with accessible tools that encourage exploration, imagination, and perseverance through STEAM and computer science.  In addition to its pre-built coding robots and STEAM kits, a key part of this experience is the Sphero Edu app which gives students a platform for creating programs and completing educational activities with Sphero robots.

Sphero had a version of the Sphero Edu for Windows devices, but it had several challenges:

Sphero decided to build a new version of the Sphero Edu app for Windows from scratch.  The new app would need to deliver all the functionality in the old app that had been built with the investment of many developer-years of effort.  But Sphero’s goal was to build the new app in a few months with only a few developers.  To do this, Sphero decided to utilize the Windows App SDK.

A New Tool for a New App

Building an app with cutting edge technology can be a challenge.  Sphero was greatly aided by quick answers from Microsoft App Consult experts as questions arose.  In turn, Sphero was able to provide feedback on the development experience of using the new technology.

One of the critical value-adds of using Windows App SDK was that Sphero was able to reuse a significant amount of code from the prior Sphero Edu app.  The user interface where kids assemble blocks to create programs for their robots and the layers of code that interpret those programs and send instructions to the robot could largely be re-used.  This was critical for delivering within the time and staffing constraints.

A Sphero Edu app utilizes a wide range of capabilities of a device.  All Sphero apps require a Bluetooth connection to communicate with robots.  Internet connectivity is important for access to educational content as well as storing programs on the Sphero Edu platform.  Local storage is key for creating and storing programs on the device.  The list goes on, but the key point is that Sphero was able to find a way to deliver all the critical functionality using the Windows App SDK.  The payoff for the user, however, mostly comes from the enhanced experience. 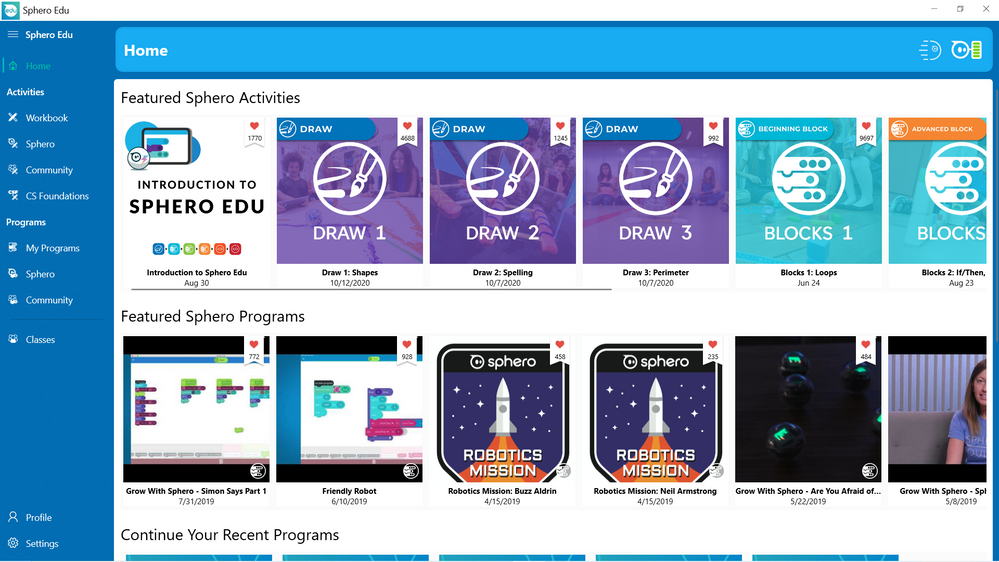 The Sphero Edu platform is primarily used in classrooms.  In this context, having technology that is simple, performant and reliable is especially important.  Whereas in the prior version of the Sphero Edu app, a teacher would need to get all students through the process of logging in (and potentially needing to create accounts to be able to login), the new Sphero Edu app allows students to dive in and start creating programs immediately.  It has a very responsive UI and takes advantage of caching data locally to increase performance.  The user interface takes advantage of the Windows App SDK’s ability to adapt to whatever screen size is available and works with both Windows 10 and 11 touch-enabled devices and keyboards.  For schools where an internet connection is unavailable, the ability to use the app offline is critical.  It’s a lot easier to inspire the creators of tomorrow when the tools fit their needs. 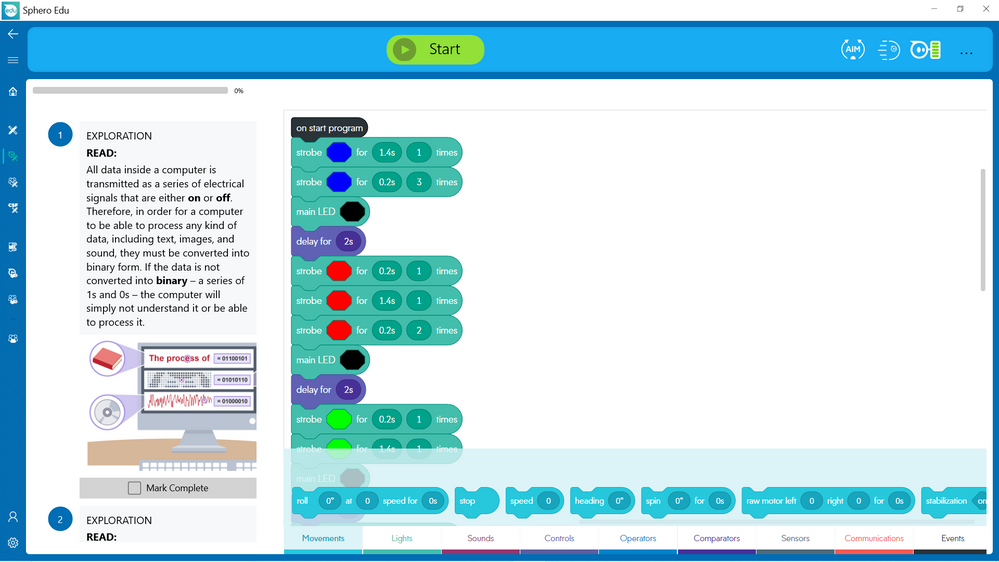 Thanks to the Windows App SDK and great developer support from Microsoft, Sphero was able to quickly build a better version of a critical app in a very short timeframe. 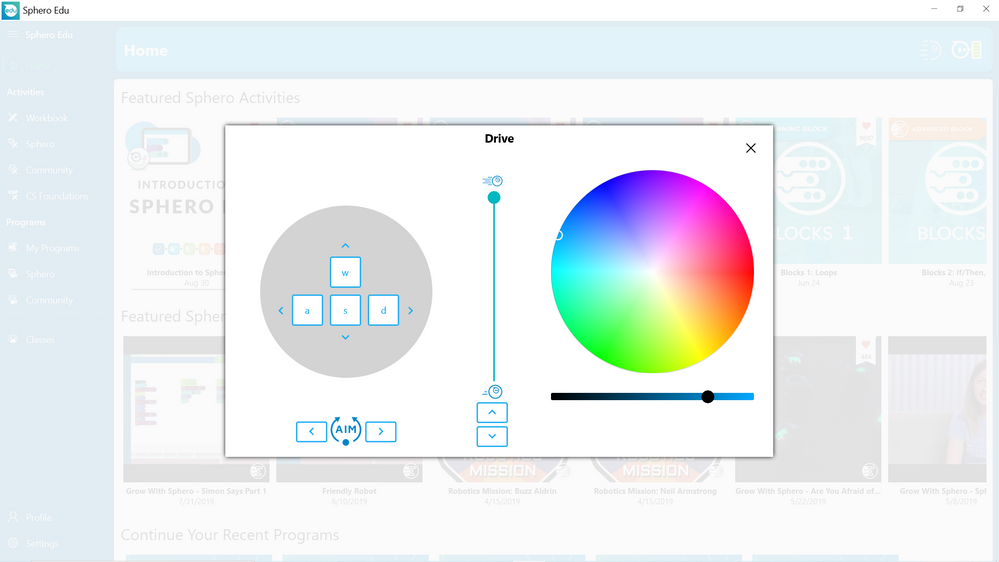