[Guest Blog] Humans of Mixed Reality: It Is No Longer Science Fiction

[Guest Blog] Humans of Mixed Reality: It Is No Longer Science Fiction

"Science fiction" is probably the most common term most people think of when it comes to holograms. Growing up, I really loved movies and games that featured a lot of hologram-like technology that provided main characters with superpowers to solve challenges and fight their enemies. Who was not amazed by the holographic calls featured on Star Wars or Star Trek movies? Just the thought of being able to look at your friends who live so far away, and see their presence as whole person - not just a headshot - in holographic form just through a call. We knew it was just science fiction back then, but lo and behold, it's REAL now. This technology exists! I vividly recall how excited I was when I experienced viewing holograms for the very first time, using Mixed Reality technology on the first edition of HoloLens.

So, if this technology did not exist before, you might be wondering how I started my journey in the Mixed Reality in the first place. I trace it back to a time where my interest in the transformation of Human Computer Interaction was sparked. While in university, I was excited to have a chance to explore and play around with the Microsoft Kinect v2. I was fascinated by how we can use our body movements and interface with our physical environment to interact with digital assets in various applications. Within that time, I learned more about how we can begin connecting our physical world with the digital world. Through yet more learning and exploring, I then began to learn more about AR and VR, where I tried to develop my first app centered around virtual fitting rooms. It was certainly amusing to be able to see a full suit of (digital) armor overlay on top of my body on the screen.

Here's what it looked like in the early days of experimentation - seems rudimentary, I know: 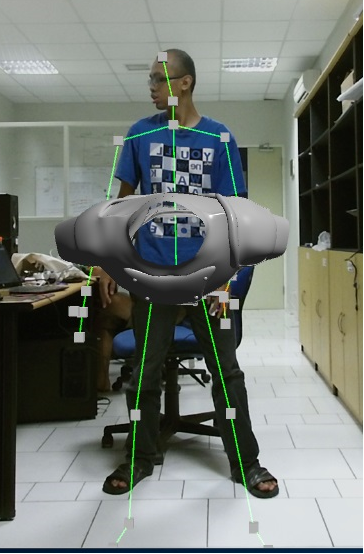 Later on, during my final year in university, I remember watching a Microsoft Windows 10 event and was so amazed by the first HoloLens announcement by Alex Kipman. The concept and implementation of Mixed Reality on HoloLens was really impressive. Many demos were shown: a designer working side-by-side with their working model being displayed around her desk. A woman calling for help to fix her bathroom, making the repair process much more efficient with real-time holographic guidance from an expert over a video call. There was also another HoloLens demo where a woman built a drone inside a holographic workshop, and was then able to 3D-print the model instantly. With time, I found more and more upcoming concepts, use case scenarios and information on the internet about how HoloLens can help various industries to do more with Mixed Reality.

My big learning was this: Mixed reality has augmented and enhanced our capabilities as humans. Just like in those early Sci-Fi movies, it was like having superpowers. REAL superpowers.

That really inspired me to learn as much as I could about mixed reality, and personally try out the HoloLens experience at that time. Sadly, due to limited product availability, it was difficult for many developers in my region (Indonesia) to get a chance to be hands-on and try such cutting edge technology for themselves. Regardless - I was undeterred, and thankfully the Microsoft HoloLens team made the HoloLens development toolkit and emulator available for us developers to start learning and playing around with HoloLens - all before even owning the actual device! Later on, I joined the global HoloLens Community that created and met with other awesome developers and experts around the world including Jesse McCulloch, Sean Ong, Rene Schulte, Alexander Meijers, Stephen Hodgson, and others, to name a few. These fellow community members really helped spur my learning and growth.

After a year exploring and learning through the emulator while working more stuff on Kinect projects, I finally got a chance to get hands-on experience and development using a real HoloLens! I was amazed by the various Mixed Reality applications that users like me can try, such as the Galaxy Explorer, Fragment, HoloStudio, RoboRaid, and others. The seamless blending of physical and digital worlds never fails to impress me the most - Mixed Reality helps us create game experiences based on real environments and overlay the digital assets interacting with them. Imagine a robot that can show up by breaking your wall, hiding behind your table and couch and getting a real environment effect digitally by shooting around the environment. Games will never be the same again! 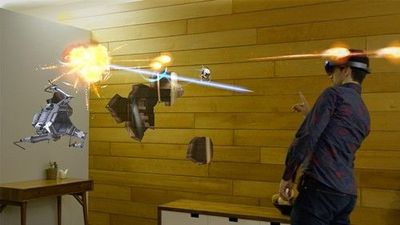 Thereafter, I started to explore Mixed Reality scenarios into real industries beyond just games. I wanted to show customers how Mixed Reality can help them achieve true digital transformation impact. I began working with my friends to start sharing and developing showcases for several industries in Indonesia. My first real customer project was in the construction industry, where we helped them create a Mixed Reality app experience for their BIM data. It is always a joy to see everyone's reaction during their first Mixed Reality experience. There are so many positive points and ideas that keep coming up on how we can help them transform their work.

Here's a photo from our first industry project: 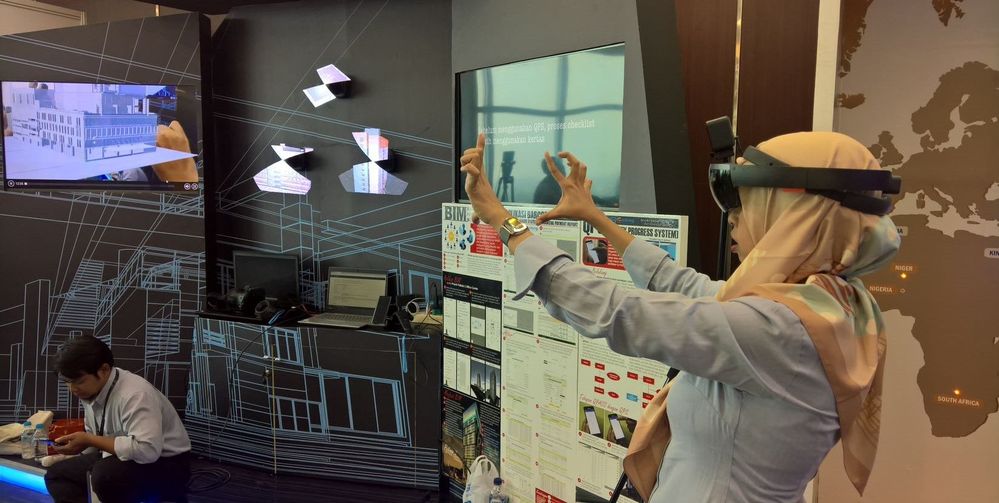 I truly believe that Mixed Reality creates tangible positive impact to the world on how we can solve many issues faster and more efficiently than before. It enables us to transform and unlock potential use cases across multiple line of business within each industry. Mixed Reality combined with other technologies such as cloud computing, AI, IoT, and others can collectively result in more advanced solutions, transforming daily operations. Mixed reality can be used in healthcare, manufacturing, mining, education, and more. For example, a frontline worker in a manufacturing company might have detected an issue on the manufacturing equipment and needs to resolve urgently. But, this user might not have the right skills to resolve such a specialized issue, and needs help directly from an expert. However, the expert might be not on the site or working remotely -- what can the user do then?

This is why Mixed Reality comes in.

By using real-time expert collaboration powered by mixed reality through Microsoft Dynamics Remote Assist. This way, the user can get help by having a holographic view of essential documents and real-time guidance by the expert while continuing to work heads-up and hands-free on the HoloLens.

Mixed Reality can also enhance the employee onboarding experience, and enable them to upskill more quicker in an immersive manner. There are many other solutions that can be built using Azure cloud to create scalable and connected mixed reality applications. 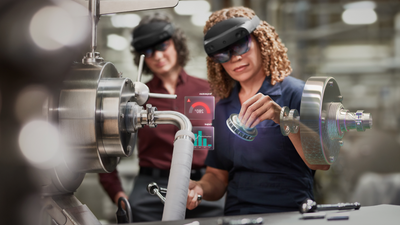 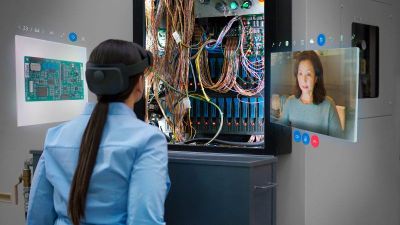 The most important thing in my journey within the Mixed Reality space is Community!

Connecting with fellow developers, business makers, industry experts, and others is probably the best part of the journey. Together, we can brainstorm creative ideas and collaborate to make Mixed Reality more impactful to ALL humans around the world. I am so thankful to the global community that has helped me learn, build and scale. We can do so much more when we share ideas with one another!

It also inspired me to continue expanding the Mixed Reality community in my hometown of Indonesia and the greater Asia region. My dream is to partner with my friends in the Mixed Reality space to build an entire MR ecosystem and help transform businesses everywhere. We often hold meetups, sharing sessions, hangout discussions, university collaborations to help local communities grow confidence in mixed reality technologies so that they can start to use it as well. 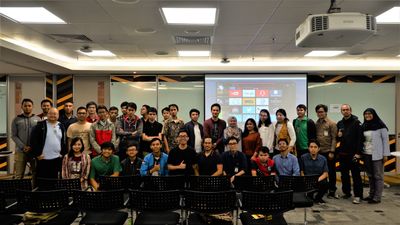 This is my story so far, but I know my journey in mixed reality is only beginning! I'd love to connect and collaborate with you and others here in the Mixed Reality Community as well. Let's do great things together!