I have been able to stream my events using OBS encoder.

today trying to set up a new event I keep on getting an error: "Your encoder may not be correctly connected or is having issues. Please check your encoder." the encoder also doesn't seem to recognize the url.

any ideas? I'm really desperate since this is a major event next week

I have the same problem starting yesterday. I've had a critical support case opened with premier support which has a 30 min call back. 15 hours later I'm still waiting. I'm being told they have high call volume for that team so I'm guessing they have an issue they are fighting. What i did notice is that my encoder isn't have an issue as your error indicated. You can tell because if you check your stats from obs its probably clean assuming you have a good connection. Further, if your stream is recorded in streams, let is stream for an hour or two and then end the stream. Pull the recording from Microsoft Stream. For me, the recording is perfect despite stream saying your encoder is disconnected and nobody can actually watch it live. I'll update when/if I get an update from MS.

If you notice in the two images below the first indicated the encoder is no longer connected. They second image shows the stats from OBS which shows 0% dropped frames. They contradict. The truth comes up when I end the event and download the recording from Stream and its perfect, both audio and video. The issues seems to be on the distribution side of the solution. 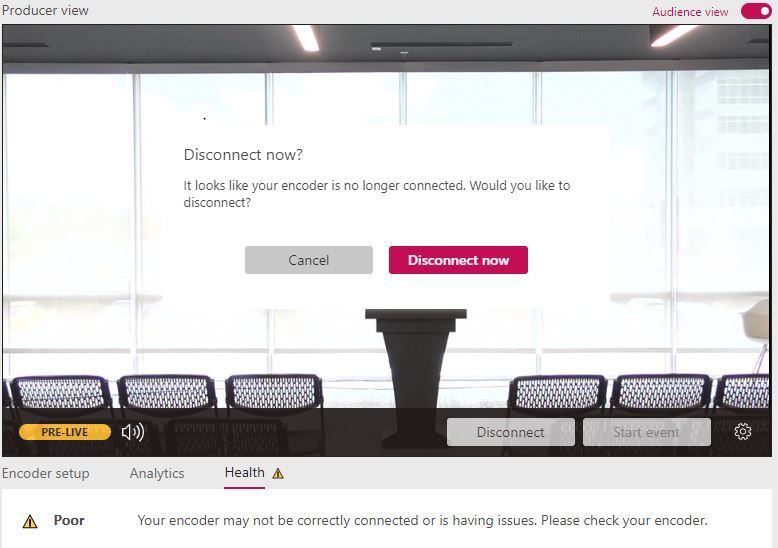