Turn on suggestions
Auto-suggest helps you quickly narrow down your search results by suggesting possible matches as you type.
Showing results for
Show  only  | Search instead for
Did you mean:
Graph Visualization of External Teams Collaborations in Azure Sentinel
By 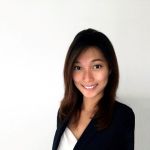 In the recently published Remote Work Trend Report, Microsoft provided some interesting insights into how the shift into full-time remote work and learning has impacted the way we collaborate and remain productive with internal and external stakeholders. On the flip side, cybersecurity teams now have a mammoth task of securing virtual meetings, ensuring the right policies and permissions are being implemented, and monitoring guest access to meetings and data.

By using graphs, we can visualize interactions between:

Making it easier to visually identify outliers and smaller clusters that diverge from typical enterprise behavior.

Leveraging the good work of other contributors (in the links above) we can dive straight into creating the graph visualization in Azure Sentinel workbooks.

Once in Azure Sentinel, navigate to workbooks, and add a query module. You will be prompted to enter a KQL query, and a visualization drop down list will allow you to toggle how the query results will be presented - in this case we will be selecting Graph.

:warning: Note: Since Teams data is being retrieved through Logic Apps [link] if you did not define the table as TeamsData, just replace any mention of TeamsData in the following section to the table name you defined.

In the initial data datatable, the Members string which are user emails (internal and external) gets parsed to split the domain from the username. Internal organization domains then get filtered out (since we are only concerned about external domains in this scenario). A RequestId is then formed by stringing the external domain together with the requester (internal user).

The links datatable then groups the number of unique calls/interactions between the internal user and an external domain, and we append the type of interaction in the “Kind” column.

4. Putting it all together - combining the nodes and links

The final step is combining the nodes and links datatables into a single datatable.

In graphs you can specify the color you would like the nodes to appear in. Just append the desired HEX color in a separate column — in this example I made internal users appear light blue, and external domains appear dark blue. If you would like, you could also add additional layers of color coding to enrich the visualization. Eg. assigning different colors to different internal user groups (HR could be yellow, Finance could be red, etc.)

Clicking into Graph Settings, a small pop-out window will appear on the right. The layout settings are where you define what each node will represent. Do note this is highly dependent on how you have structured the KQL query above, in this example by using:

This will give you a view where the central node is the external domain and the surrounding nodes are the internal users. 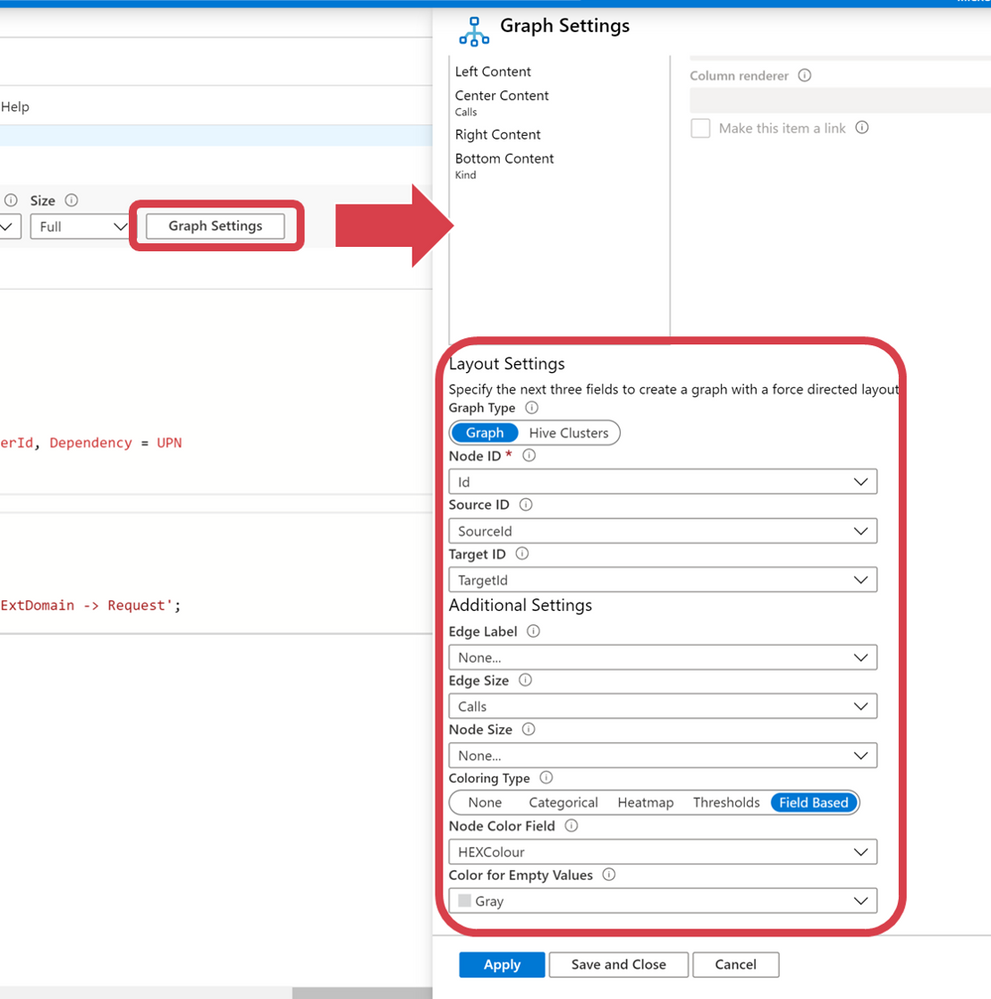 Save the query and the workbook and start to explore the different clusters and interactions.

It's a really good idea to visualize Teams usage with Sentinel. We're looking at reports with Public vs. Private users but with this kind of diagrams, it's quite clear and more useful -don't need to analyze lines or cells. We'll take a look at implementing for other case scenarios.

@sharonko Thanks for posting this article. I tried this integration and i some issues with this

1. Every log getting generated in the O365 portal is getting ingested in log analytics workspace. like Sharepoint logs, one drive(I'm already collecting these logs using O365 connector) , flows, stream, and many other logs but I need only logs related to Teams through this integration. Any way to get this achieved

2. In my case, i don't see the external org name in the UPN attribute. It's giving a long string that doesn't have the "@" and domain name.  How I can fix this issue.

@Pavan_Gelli1910 thanks for the comments!

1/ Teams data is not yet available through the native Office365 connector you're using. For now, to bring Teams data in you'll need to use a Logic App to pull it <link here>

2/ Once you bring in the Teams data the UPN will be filled in with the right data!

Thank you for your response.

For point 1. I have already done the custom integration and the logs are getting ingested into log analytics and I also see the Teams logs in the LA. But the below issue still exists.

In my case, I don't see the external org name in the UPN attribute. It's giving a long string that doesn't have the "@" and domain name.

How I can fix this issue?

Anyone has done this graph-visualization-of-external-teams-collaborations on sentinel workbook.? If yes, can you please help me with how you have done this.

Can someone please advise where I can find the KQL query to generate the TeamsData info when I'm using the native Office365 Sentinel connector and not a logic app.

As I understand it the process is to create a function that generates theO365API_CL table and then save that as a function called TeamsData. My question is where do I find the syntax of the KQL query to generate the O365API_CL table in the first place?

i've been going around in circles for two days and I'm starting to feel very stupid... :) Can anyone assist?

I didnt understand your second query. Fyi, If your doing custom integration i.e. logic app to get additional teams data then the table name is defined during the creation.

The documentation indicates that if you are using the native connector you don't need the Logic app.. Based on that could i create a newtable called TeamsData using