Turn on suggestions
Auto-suggest helps you quickly narrow down your search results by suggesting possible matches as you type.
Showing results for
Show  only  | Search instead for
Did you mean:
Reconnect Series: Jorge Serrano Perez
By

Jorge Serrano Perez is a Reconnect member from Madrid, Spain, and was awarded Microsoft MVP in various developer technologies from 2001-2017.

Jorge is currently working as a Software Developer Engineer in the OCU (Organización de Consumidores y Usuarios - Organization of Consumers and Users). The OCU is widely seen as the most important consumer organization in Spain and is part of global organization Euroconsumers.

Jorge’s tasks at the OCU vary from resolving internal bugs and issues, to managing and developing a complete internal project in which he works with other countries that are part of Euroconsumers. He works with Sitecore, .NET with C#, and a number of products and technologies that are behind programs like WCF, ASP.NET MVC, PowerShell, JavaScript, Loggly, Subversion and TeamCity.

Jorge recently worked on a project that is now used by local Euroconsumers organizations, where he built a pay-per-content system that had to be integrated into Sitecore, using PayPal as the mediator. Jorge executed the project from beginning to end, organized the steering committees, and successfully developed the complete solution.

He also worked on a project to establish the search functionality on the local Euroconsumers websites, where he worked in a team of himself and three others. They migrated the use of search with Google Search Appliance (GSA) due to discontinuation by Google, and Jorge was involved in the part of the project that used Azure. “The project was amazing, and everything I’ve mentioned is in production today,” said Jorge.

Jorge felt that before Reconnect, there was an empty space between current and previous MVPs. Reconnect fills this gap by showing that members used to be MVPs, while allowing them to find and connect with others.

Jorge continues to do many of the same things that he did as an MVP, including acting as a coordinator for one of the most active user groups in Spain (MSCoders Madrid), assisting every year in the organization of the annual Global Azure Bootcamp event, publishing news and articles on his blog, sharing and writing code on GitHub, speaking at local events, and collaborating with Microsoft when possible.

“To be a Reconnect member is a plus in the community because people know that you were once an MVP and have a high level of technical knowledge - so they have confidence in you,” explained Jorge. “Once an MVP, always an MVP!”

Jorge also explained that the MVP community is a passion for him, and he likes to help others and see them grow and achieve results through user groups, events, blogs, roundtables, or simply by asking questions in the social networks. “An indirect benefit of sharing knowledge is that there’s always something new to learn in return, it’s a win-win situation,” he said.

During his 17 years as an MVP, Jorge took part in countless projects. He said it’s difficult to choose favourites, but the ones that stick out in his head are the Open Days, which allowed him to meet and share with other MVPs, and of course the MVP Global Summit in Seattle.

“It was very special to be in the headquarters of Microsoft, meeting with other MVPs and learning about new products,” he said. “It was magical. Especially when I saw a photo of myself on the campus there - it was both unexpected and unforgettable. I’ll remember it always!”

To new MVPs, Jorge says that to be an MVP should not be an objective, but a coincidence. “You are MVPs because you’re very good, but you have to be nonconformist with your knowledge and what you did to become an MVP too.”

“To become and MVP is hard, but retaining the award each year is harder. You have to improve, learn, share, and do everything with the same passion that you’ve always had. To be an MVP is not only an honor, but a responsibility too.”

In the future, Jorge will to continue to help, share, learn, and do it with passion. He also has plans to earn certifications with Azure and finish the novel he has been working on for the past few years. 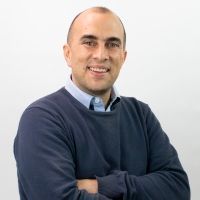