Turn on suggestions
Auto-suggest helps you quickly narrow down your search results by suggesting possible matches as you type.
Showing results for
Show  only  | Search instead for
Did you mean:
Friday Five: A discussion on SQL Server, the Azure Security Architect Map, and more!
By

Robert Smit is a EMEA Cloud Solution Architect at Insight.de and is a current Microsoft MVP Cloud and Datacenter as of 2009. Robert has over 20 years experience in IT with experience in the educational, health-care and finance industries. Robert’s past IT experience in the trenches of IT gives him the knowledge and insight that allows him to communicate effectively with IT professionals. Follow him on Twitter at @clusterMVP.

John Naguib is an Office Servers and Services MVP. He's also a Solution Architect and Senior Consultant, with a deep knowledge of SharePoint. In addition, he has a strong .net application development background and is knowledgable in Office 365, Azure and several Microsoft products. John is a recognized expert within the IT industry, as he's published several gold award articles on Microsoft TechNet blogs and spoken at several events. He is based in Egypt. Follow him on Twitter @johnnaguib. 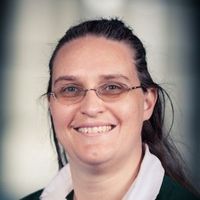 A discussion on SQL Server

Gail Shaw is a Database Specialist focusing on database performance tuning and database recovery. Gail holds a Microsoft Certified Master certification for SQL Server 2008 and is a Data Platform MVP. She is a frequent poster on the SQL Server Central forums, a pluralsight author, writes articles for both SQLServerCentral.com and Simple-Talk.com, and has spoken at SQL Saturdays locally and internationally, SQL Bits and at the PASS Community Summit. She lives in Johannesburg, South Africa. Check out here Twitter @SQLInTheWild. 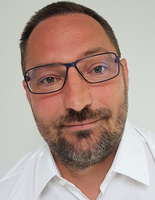 Stephane Eyskens is an Azure MVP based in Belgium. He is a DevSecOps advocate and a Digital Transformation activist. He focuses mostly on Hybrid Architectures, Identity and Automation. Check out his Twitter @stephaneeyskens

Alibek Jakupov this year received the Microsoft MVP Award in AI. After having finished the IITU International Information Technologies University in Kazakhstan, he won the French Government Scholarship in 2016 and started his studies at the EISTI Graduate School in Computer Science and Mathematics Engineering in France. In 2017, he joined Expertime as a software engineer intern. The work implemented during this internship has provided the foundation to the brand new project called What Do They Think. He is a regular contributor to stackoverflow and his personal blog where he shares his experiences of performing data science on Azure. Check him out on Twitter @Ajakupov1