Turn on suggestions
Auto-suggest helps you quickly narrow down your search results by suggesting possible matches as you type.
Showing results for
Show  only  | Search instead for
Did you mean:
Getting Started with Git
By 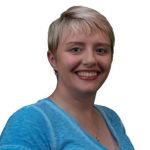 Getting Started with Git

@Thomas Rayner shared his six Git commands for beginners in a blog post, in this post I share my journey of learning Git, the commands I use and how you get involved further.

It’s one of those tools, products that I always resigned to being within the developer toolbox and not something an IT Pro would ever consider using.  But over the last three years, it’s become one of those tools I keep installed on my machine and one I now use on a weekly basis.

Git is an open source project, that has become the de facto standard tool for helping end users/organisations with their version control.   It can run on a range of operating systems and there is a large community behind it with lots of documentation and tutorial available.

Now Git is hard to learn.  I think that’s a widely known or accepted fact, and I can vouch for it.  I only know a sub section of its functionality and tricks.  I probably do things in the less effective method possible, but I have learnt how to use it, and as I say it’s become something I use at least once a week.

As I said earlier it’s become a de facto standard, for hobbyists to enterprises.  Regardless of where your source code is stored, Git can help you manage it.  And it’s not just a developer tool, it’s a tool everyone should have at least a basic understanding of.

Getting started with Git

So, let’s look at how you can start using Git and start your journey to contributing to Microsoft Docs and other open source projects.

The first thing you need to do is install Git onto your machine.  Depending on what operating system you are using there are different installation methods, this guide can help you through the right method for your system.

Once you have Git installed you need to configure it.  You need to set your name and contact information, so that when you contribute to any project so others can identify that it was that made the change.

You do this by issuing to commands:

Work on a repository

I’m going to start work on a Github repository, but rather than do that on the Github website I want to have a copy on my machine to work on until I am happy to share my work.

I open up my Git session and issue the command:

You now want to change directory and start to work with that repository and it’s files.

I’m going to still to creating and editing my file within the Git console, to show you the full power of Git but there are other methods of creating and modifying files, via tools such as Visual Studio Code.

So, within my Git session, I will issue the command:

This creates my new file and then allows me to add in some input.

Once I’ve entered the file contents I want I use Ctrl+D to exit and the file is created and saved.

So my first command in the Git session is:

My new file is now indexed and ready to be committed to my repository. My next command is:

The commit command records the changes I’ve made and using the -m switch I give a brief description of what I’ve done, again this is best practice so people understand the changes that have been made.

And the last command I issue is:

The push command takes the files and changes you’ve made on your local machine and puts them back into Github. 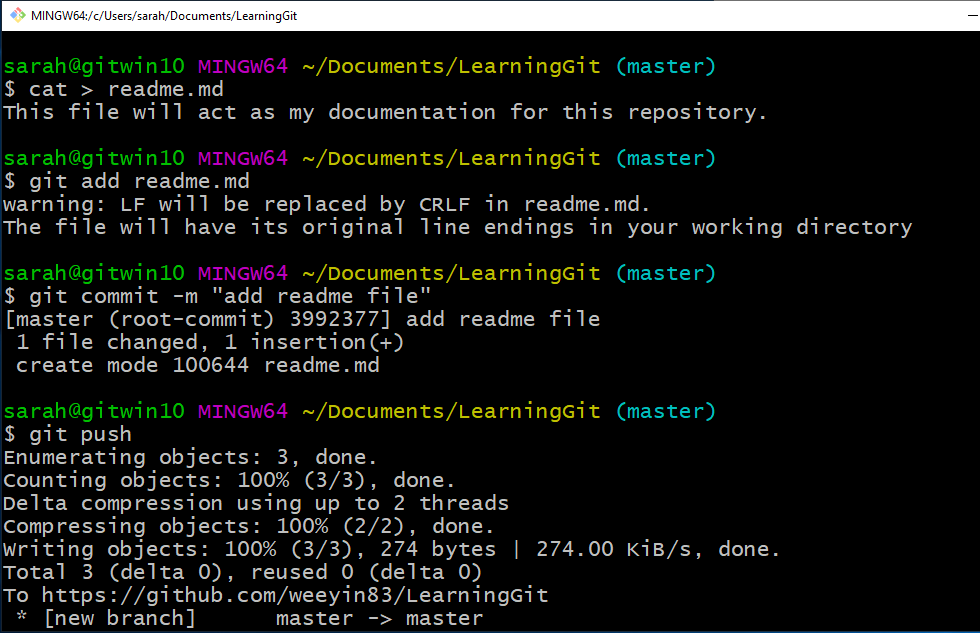 When you visit Github, you should now see the changes you’ve just committed and push to your repository.

As you can hopefully see using Git can be straightforward.

Git commands I use most

git add . – rather than specifying the individual files I want to update I this command which adds all the files I’ve added, deleted or modified to the index

git gc – this is the garbage collection command, it runs some housekeeping on the repository such as compressing file review or removing unreachable objects

As I mentioned the Microsoft Docs are open source, so anyone can contribute to the betterment of them, and this was where I started.  By seeing some incorrect documentation and correcting it.

Go out and start your Git journey today!