We are very excited to introduce this week’s Friday Feature— @Benjamin Elias! Benjamin has a wealth of experience in enterprise social media and received his first MVP award in 2017. Read his Q&A below to learn about what inspired him to start his own business, the role that tech communities have played in his career, and his introduction to Yammer! 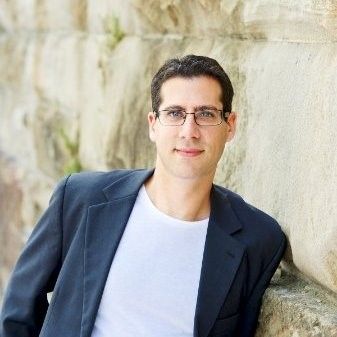 A little over 3 ½ years ago, I decided to make the leap from working in financial services to starting a technology venture. Being a start-up, the role is quite varied and I find myself working on almost every aspect of the business. In a way, it’s the perfect way to combine my background in engineering, psychology and business. It’s a wild ride, but I wouldn’t change it for anything.

Ideocial was borne out of my frustration with an in-house idea capture tool – that process sent my idea to the wrong department and it was ultimately rejected. Meanwhile on Yammer, an idea was implemented because someone with a large number of followers promoted it. I guess most people would give up, or perhaps complain about the bespoke tool ... I decided it was a problem worth solving for corporations, governments, and not-for-profits globally.

When I get the chance, I still try to help people out with Tech Community questions about the Yammer API. It’s probably still one of those undiscovered gems in the Microsoft world. Building purposeful, social applications is difficult, but they’re immensely powerful if they’re done well.

The professional Yammer community of consultants and product creators is one of the most vibrant and supportive communities I’ve ever come across. This often transcends the online space, and just this week there was a meetup in Sydney which happened to be attended by three Yammer MVPs.

How strong is the sense of community? Once after posting a particularly opinionated blog post, I received several phone calls from people in the Yammer community checking on my mental wellbeing! While I didn’t see the need for alarm, it was one of those moments where you realise that this isn’t just a network of professional acquaintances, and everyone genuinely cares about each other.

The reason I first came across Yammer was actually because I wanted to start a blog at work. Unfortunately, that meant I had to fill out a business case for a new SharePoint blog, and there was almost no chance of that being approved. I ended up finding this thing called Yammer, which I didn’t need anyone’s permission (or budget) to use. And the rest is history!

It was actually quite fortunate timing, as Yammer was just emerging out of the bank’s technology division and I was amongst the first wave of ‘business’ users. That meant that I could quickly build an online brand and following with people who were also experimenting with this new technology and way of working.

There were three events that really cemented the value of Yammer for me.

In my previous role, I used to do a fair amount of financial modelling and became quite handy with Excel. There was a Yammer group which people could post their Excel questions to, and I was one of the people who helped out when I had some spare time. To someone who posted a question it must have looked like a well-staffed support team, but actually it was just a handful of helpful people. The tipping point was when someone e-mailed my manager with a long and heartfelt “thank-you” for all the work I’d helped him out on. That required me to explain this Yammer thing to my boss, but that’s another story!

The second event also involved Excel - I actually was approached about a new role, by someone I’d never met before, because of my reputation on Yammer for financial modelling. Being headhunted because of Yammer profile? That’s pretty powerful stuff.

Finally, my networking on Yammer actually made it to a Yammer roadshow event! Simon Terry, now also a fellow MVP, crowdsourced stories for a presentation at “Yammer on Tour Australia”. My experience of sourcing information and coordinating people across departments to solve customer problems was used in that presentation. I didn’t really think it was that special at the time, but everyone in the audience seemed very impressed!

The product ideocial created has allowed me to understand what great social tools look like. It’s rarely about the technology itself, but are about letting people work in ways which energize them and let them feel like they’re making a difference. As with most technology products these days, there’s the continual challenge of maintaining the product’s core value of democratic innovation, while still listening to requests for features that aren’t entirely consistent with that vision.

Being based on Yammer groups, Ideocial also provides valuable insight into what collaboration means for the modern workplace. There’s plenty more to come in this space I’m sure, as we grapple with the problem of how to interact in “groups” – which can be anywhere from 3 to 30,000 people. As we’ve seen with the recent introduction of Teams, there isn’t a single approach that works for groups of all sizes.

Slightly longer term, I’d love to be able to take the ‘social’ elements of this innovation product and adapt them for a range of different purposes. One that readily springs to mind is the wave of artificial intelligence that is about to arrive – how can we best apply that thinking and experience to enterprise social networks? Which isn’t as straightforward as you might think – AI is often tuned for a consumer world rather than an enterprise social network like Yammer.

@Benjamin Elias Congratulations on the feature. Really well deserved. Keep up the amazing work as an MVP and through Ideocial.  Thanks for the mention.