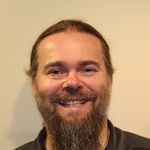 As we move beyond intelligent assets to connecting intelligent environments—and eventually, entire ecosystems—simplifying and accelerating IoT adoption is paramount. One of the primary questions facing businesses is how to get to value fastest while navigating the complexity of implementation.

Our focus at Microsoft is delivering capabilities and services that accelerate IoT solutions; one of the core ways we’re doing this is through IoT Plug and Play. This open approach uses Digital Twin Definition Language (DTDL) to allow IoT devices to easily declare their capabilities to cloud solutions. By eliminating the hours of coding required, it simplifies device and solution development and reduces the integration time for full-scale deployments.

IoT Plug and Play has a critical role in paving the way for broader adoption of IoT platforms like Azure Digital Twins. Today, I’m pleased to share the IoT Plug and Play capabilities that are simplifying IoT for mainstream adoption, including support for edge modules and Azure IoT Central.

Bringing the value of IoT Plug and Play to your business

“As IoT becomes more prevalent in various industries, a mechanism to make it easier to connect the cloud and devices is essential,” says Takashi Kodama, Senior Vice President of SB Technology. “With IoT Plug and Play, we as a cloud service provider are very pleased to be able to quickly resolve customer business problems by providing a no-code connection to devices. We will continue to promote digital transformation for customers in Japan, Asia, and on a global scale together with Microsoft.”

Hardware partners using IoT Plug and Play can also build devices that easily integrate with other cloud solutions based on Azure IoT Central and third-party solutions built on top of Azure IoT Hub or Azure Digital Twins. These partners can get their devices certified and included in the Azure Certified Device catalog, allowing companies to easily find compatible devices and speed up solution development.

According to Linch Lin, CEO at Sysinno Technology, “By making our devices IoT Plug and Play-compatible, Azure users can easily integrate iAeris IAQ devices into their platforms and start monitoring air quality.” He says that including their devices in the Azure Certified Device catalog has expanded product and brand visibility.

Johnny Wu, Senior Manager from Innodisk says IoT Plug and Play eliminates hours of coding and streamlines integration efforts in a fragmented market. “It provides a certified model that helps our customers build solutions with a quick and easy standard.”

The list of IoT Plug and Play-enabled devices from Microsoft partners continues to grow and includes device support from leading semiconductor partners such as STMicroelectronics, NXP, Renesas, and Microchip.

IoT Plug and Play introduces a new approach to building IoT solutions by decoupling the software on the device and solution in the cloud. And now with the added support of IoT Plug and Play in Azure IoT Central, devices can be integrated in minutes.

I’d be remiss if I didn’t point out the simplified pricing tier for Azure IoT Central, which is less than $1 per year per device. Designed for devices transmitting a few messages each day (up to every two hours), the new ST0 tier enables scenarios like smart buildings, fleet management, and predictive maintenance.

IoT Plug and Play bridge is an open-source application that lets solution builders connect existing sensors and devices attached to a Windows or Linux gateway as IoT Plug and Play devices—all with little to no code. IoT Plug and Play bridge, now generally available, can be deployed on any IoT device, industrial PC, server, or gateway running Windows 10 or Linux. This increases the breadth of device types that can easily integrate with an IoT solution. You can run the bridge as a native application or run it as an IoT Edge module, giving you the flexibility to configure the bridge from the cloud using IoT Edge deployments. Additionally, you can extend the bridge to support your own protocols by authoring your own adapters.

Getting started with IoT Plug and Play