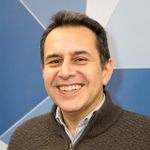 We show how to configure simple but effective Azure Data Explorer (ADX) dashboards on streaming data ingested from Azure IoT Hub with the aim of creating visual indication of alarm conditions (e.g. temperature exceeding a threshold).  ADX is a natural destination for IoT data as it provides managed ingestion from IoT Hub and advanced analytics/ad-hoc queries on the ingested data. Recently, the ADX team has added a powerful dashboarding feature that allows the mapping of ADX Kusto Query Language (KQL) queries into dashboards within the ADX Web UI.  The native dashboards allow the user to seamlessly export queries from the Web UI, optimise dashboard rendering performance and provides auto refresh capability for near real-time visualisation experience.

The starting point is having an IoT Hub with sensors transmitting data to its device to cloud endpoint. Once data starts flowing into the IoT Hub, start configuring the ingestion into an ADX table and building the dashboards using the typical end to end scenario in the following steps:

For the remaining steps use the ADX web interface to run the necessary queries and view the dashboards. Add the ADX cluster to the web interface as explained in the previous link. One of the great features of the ADX Web UI is that it can be hosted by other web portals as an HTML iframe.

The following ADX query creates a table ‘iot_parsed’ with three columns. Note that since the message does not carry a timestamp, the 'iothub-enqueuedtime' property, which is generated by the IoT Hub, is used for that purpose:

Add a json ingestion mapping to instruct the ADX cluster to place the message components in the correct table columns:

This link provides more information on ingestion mapping in ADX. The table is now ready to receive data from the IoT Hub. 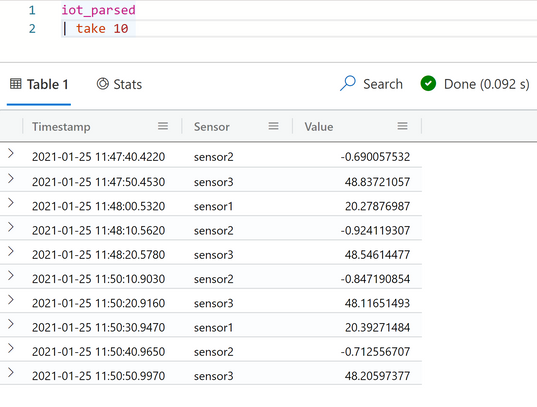 It is important to note at this point that since a very simple telemetry message structure is used in this example, it is straightforward to create a table with a specific schema to ingest the data directly from the IoT Hub.  In scenarios where the message structure is more complex, and probably variable over time, it is good practice to first ingest the data into a staging table with one ‘dynamic’ column. The staging table can then be processed into other tables each of which with a specific schema to serve different analytics use-cases. This processing can be carried out as new data arrives in the staging table using update policies. 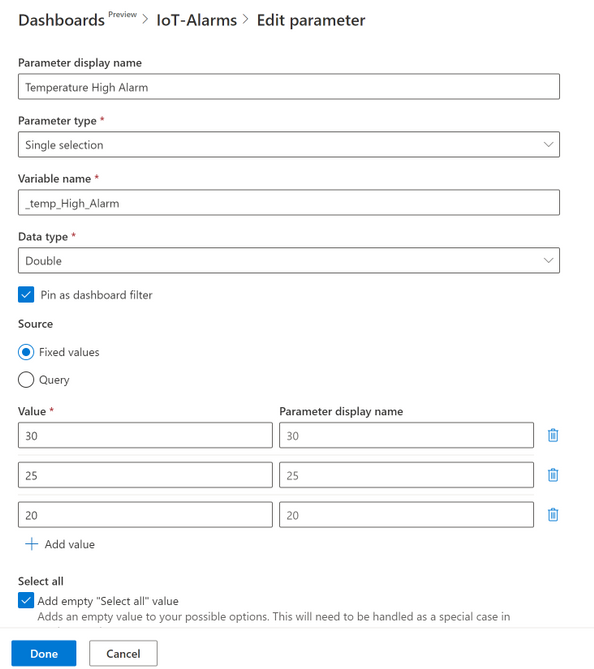 On the “Visual formatting” section use the “Time chart” visual type.  For the other fields leave the “Infer” option so that ADX can decide the values needed as shown below. Next click “Run” to see the time plot for sensor1. Apply the changes to use the visual in the dashboard.

(Note: inferring the axes parameters for the plot is straightforward in this case as the table has a simple schema. In cases where there is a more complex table structure it is advisable to specify the values by the developer). 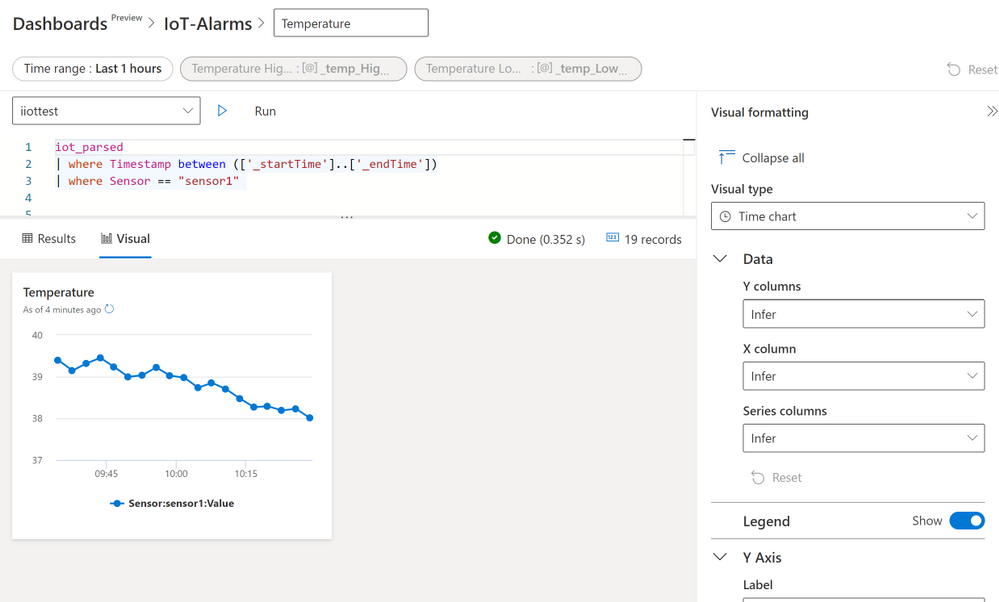 Examining the resulting charts observe that the “HighAlarm” variable becomes “True” as soon as the temperature goes above the “_temp_High_Alarm” parameter value. By changing the parameter value, alarm thresholds can change immediately and applied in the visual. 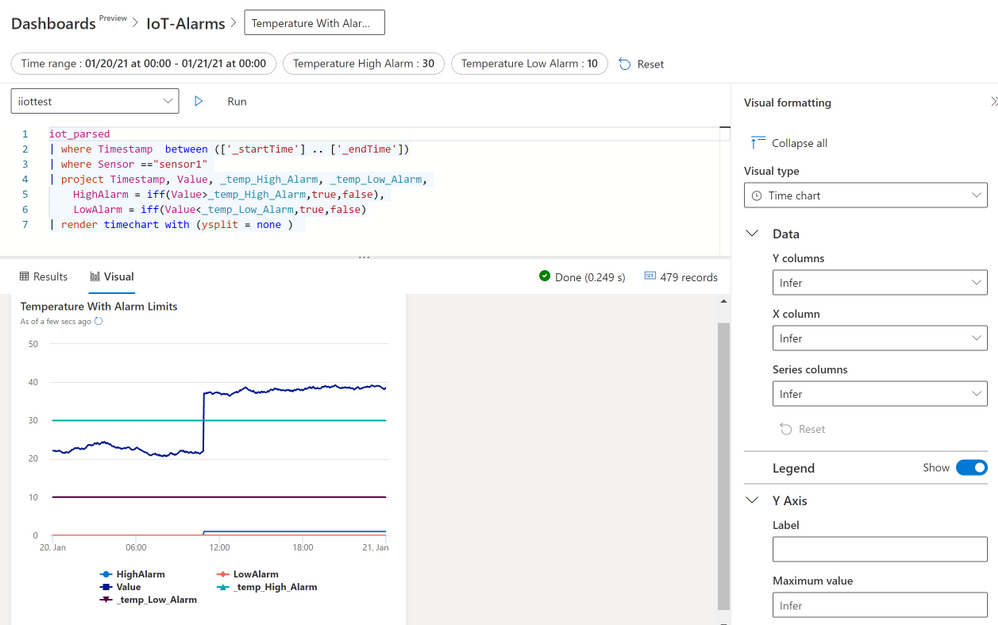 The above query uses the “summarize arg_max(Timestamp,*)” operation to get the latest temperature value, then a nested “iff” statement is used to set a variable called “TemperatureAlarm” to one of three values ("High Temperature", "Low Temperature" or "Normal Temperature"). Use the value of “TemperatureAlarm” in the Conditional Formatting rule panel to set the visual colour to red, blue or green as shown below. 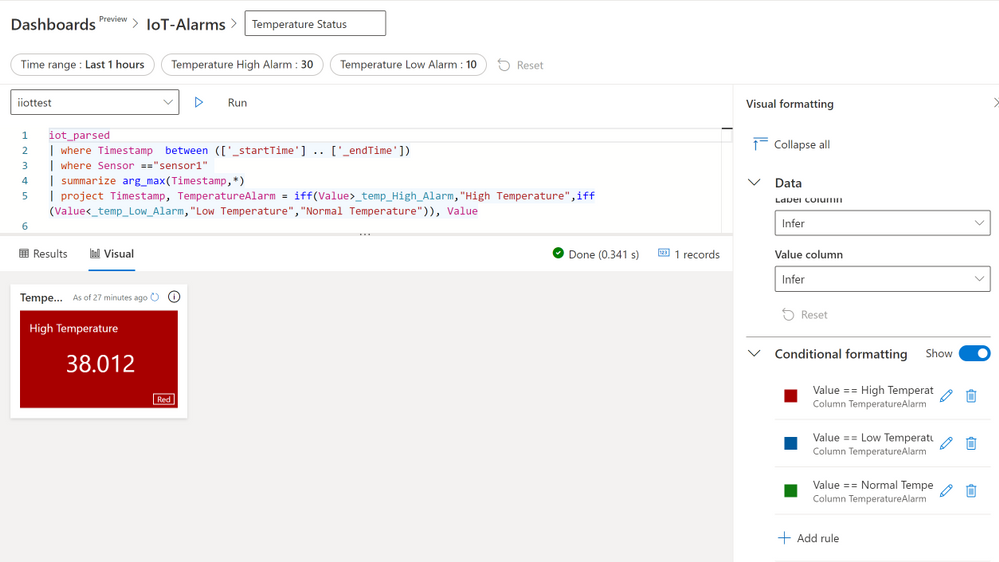 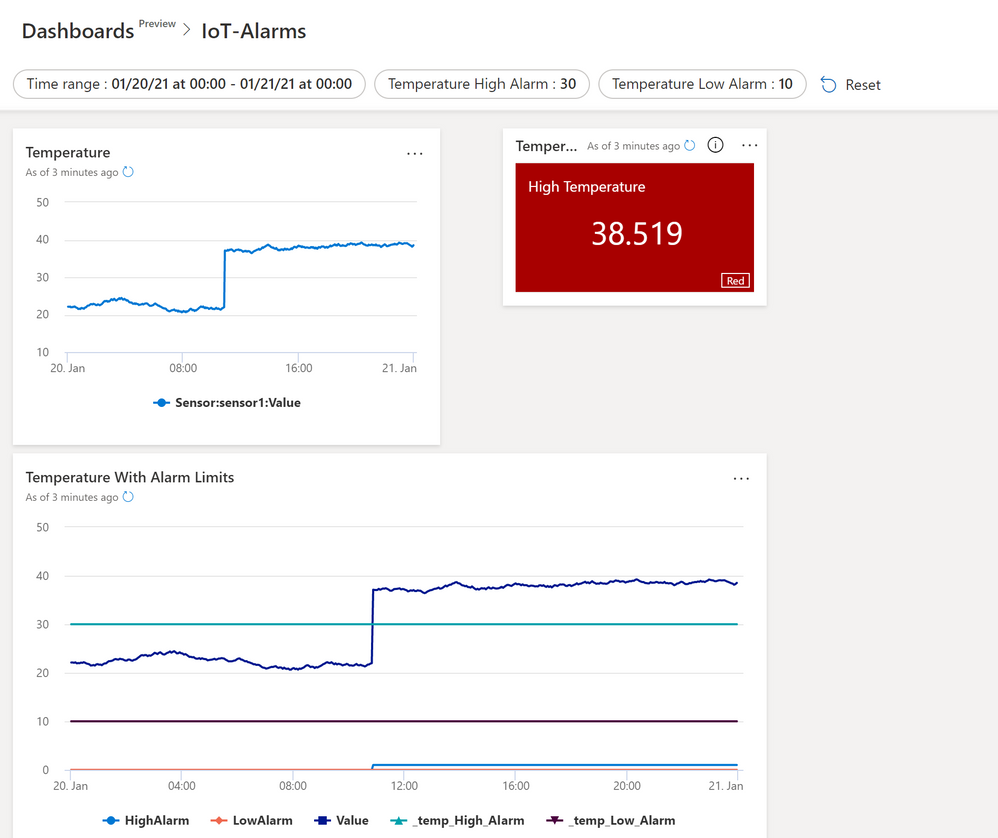 ADX is an excellent destination for IoT data and we have demonstrated one reason for that in building these versatile dashboards. But this is not the end of the story and we highly recommend considering how to combine these dashboards with more advanced features of ADX such as Time Series Analysis and Anomaly Detection. Additionally, we can combine the Azure Industrial IoT platform with ADX to build a truly powerful solution for ingestion, analysing and displaying OPC-UA data from the factory floor. ADX also has powerful integration features that allow us, for example,  to extend the alarm detection logic by sending emails or triggering other business processes using other Azure capabilities such as Logic Apps.