Deploying Azure API Management in an Internal mode (inside VNet) 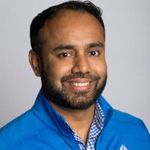 Deploying Azure API Management in an Internal mode (inside VNet)

Recently I helped a customer deploying Azure API Management in an Internal Mode (inside Virtual Network, not accessible from internet). This brings in several challenges, some of it documented and some are not clearly. Intent of this blog is to alleviate some of those pain points.

Let's take first challenge, when you start testing APIs in APIM through the test console available on the Azure Portal, you will get following message.

If you provision a VM in the same VNet as your APIM and RDP in to the VM and test API through the test console available on the Azure portal and you still get HTTP 302 message mentioned above. This issue/feature is by design and is documented here: Connect to an internal virtual network using Azure API Management | Microsoft Docs

“Since the gateway URL is not registered on the public DNS, the test console available on the Azure portal will not work for an Internal VNET deployed service. Instead, use the test console provided on the Developer portal.”

(Note: This happens because when we test APIs via test console available on the Azure portal, the test console is making calls from internet and our APIMs is locked inside VNet, so it's not able to reach or resolve the DNS. Even when you RDP in to the VM, which is in the same VNet as your APIM, the APIM Test feature still goes out to internet and try to reach back APIM which is locked inside VNet and can’t reach.)

So as mentioned in the doc, if you use Developer portal (or Postman or SoapUI, etc.) from your laptop (not connected to Vnet where APIMs deployed) or from a VM connected to same VNet as APIM, the Developer portal (for example: https://contosocorp.developer.azure-api.net/) won't come up because DNS can't be resolved. Easiest/temporary solution is setting up host file entries on the VM connected to APIM Vnet as mentioned here. For recommended solution read on.

In order to test APIs using Developer Portal or Postman and for other Azure services to call APIs via APIM, we need to provision a VM, add necessary Private DNS zones, link them to VNet and restart APIM. Some of these steps are documented in the following doc. Step by step details below:

Step 1: Provision an Azure VM in to same VNet where you've APIM deployed

Once you create or move an existing APIM into an Internal mode, you can't access/test your APIs through the test console available on the Azure Portal or Developer Portal, if you are not connected to VNet where you've APIM deployed.  Your Developer Portal won't even load because the DNS can't be resolved publicly, which makes sense as your APIM is locked inside VNet. So, you will have to provision a Windows VM in the same VNet but different subnet (or different VNet then do VNet peering with APIM VNet) where you have APIM deployed. Then once you follow the steps 2-4 below, you can access your APIs through the test console or Developer portal.

Create the following five private DNS Zones and then add a Record Set with your APIM name (in this case Contosocorp) and APIM Private IP (in this case: 10.1.0.5)

Step 3: Link the Azure DNS private zone to the VNet into which you've deployed your APIM

Use the "Try it" option from the doc, it will generate JWT token automatically for your account once you sign in. Supply resource group name, APIM name, etc. then click Run, you will get Response Code: 202. This will take 30-45 to restart APIM, now check your APIM, it will be in "Service is being updated..." state.

Setting up DNS resolution solution so that an on-premises application can call Azure APIM gateway (or any Azure resource with Private Endpoint) is beyond the scope of this blog. This is more of a Networking/DNS challenge but documenting here for completeness. Following doc walks through how an on-premises VM uses Conditional Forwarder & DNS Forwarder solution to call an Azure SQL Database connected to a private endpoint. We can leverage the same setup so that an on-premises application can call an Azure APIM gateway.

There are two ways to provide DNS resolution for APIM.

Summary: So to close out when you create APIM in an Internal Mode (inside VNet), there is more work we need to do, such as provisioning a VM (of course if you are connected to on-premises via Site-to-Site VPN or Express Route, you can access from on-premises VM provided you created conditional forwarders in your DNS server or added host file entries), Configure Private DNS zones,  link the Azure DNS private zone to the Vnet, restart the APIM and finally you can test your APIs either using APIM Developer Portal or tools like Postman.