Turn on suggestions
Auto-suggest helps you quickly narrow down your search results by suggesting possible matches as you type.
Showing results for
Show  only  | Search instead for
Did you mean:
Azure PowerShell Docker image
By 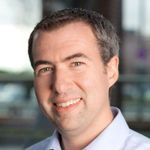 With Azure constantly evolving and a new version of the Azure PowerShell modules every three weeks, it becomes quickly very challenging to maintain a production or development environment up to date and ensuring the smooth execution of scripts.

In order to facilitate this mission, we are excited to announce the first availability of the Azure PowerShell Docker image.

The Azure PowerShell docker image provides a contained environment with PowerShell and the Az module pre-installed:

You can run interactively the latest image with the following command:

It is possible to run a script targeting a specific version of Az:

The following screenshot shows the same script being executed against two versions of Az.

Note: For windows-based systems, you must share with the docker daemon the location on the host where the script is located. More information here: https://docs.docker.com/docker-for-windows/#file-sharing

For each new release of the Az module we are releasing an image for the following operating systems:

While we are excited about this initial release, we want to share some plans, including but not limited to: