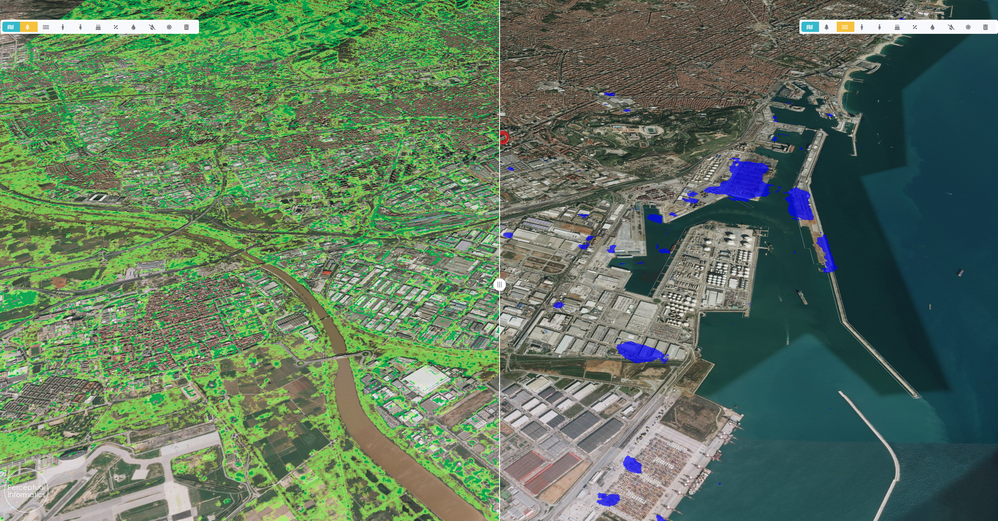 Although the earliest use of radar monitoring of the Earth was achieved in the 1950’s using airplanes, a lot has changed in recent years thanks to many new satellite systems with onboard radar instrument payloads that are able to image the Earth’s surface weekly at high resolution. These advances in satellite capabilities are leading to wider use of this longstanding technology and to improvements in the quality of life for people in cities.

Radar sensors transmit radiation at radio wavelengths (i.e. from around 1 cm to several meters) and use the measured return to infer properties of the earth’s surface. Radar offers distinctive perspectives on the earth. In addition, the transparency of the atmosphere at radar wavelengths means that cloud cover does not prevent observation of the earth, so radar is well suited to monitoring purposes.

Perceptual Informatics has been involved in a lot of work around Satellite Radar analysis and has partnered with Clemson University's Life Sciences Outreach Center (LSOC) to develop a new object-detection database to assist AI-powered systems to recognize forest fragmentation in satellite images. The collaboration will deliver both a searchable image database of global high-resolution satellite imagery and a prototype AI model that detects the early signs of forest fragmentation. The project will bring together Clemson students, faculty, the U.S. Forest Service, lay citizen scientists, and industry professionals, and will be executed upon successful funding through the Leonardo DiCaprio Foundation and Microsoft's AI for Earth Innovation Grant.

Forests are recognized as vital natural resources for clean air, water, natural habitat and recreation. More and more cities are recognizing that urban trees can also improve air quality, reduce road noise and serve as a source for shared cultural values for people across many ethnic backgrounds. Perceptual Informatics worked on retooling its monitoring technology for natural forests to work on urban landscapes through its urban data map viewer called the Smart City Dashboard. The Smart City Dashboard is a great way for City Planners to get insights into the City from various perspectives through data.

In addition to information on demographic shifts, water usage, and air quality, this Smart City Dashboard includes a prototype map layer for testing that uses satellite radar-- a “greenzone canopy” layer that estimates the abundance of tree canopy cover along city streets, rivers, in parks and throughout the City of Barcelona. Like many cities, Barcelona already keeps track of its trees through a database of many thousands of point locations. However, still more information is needed in order to measure how well the trees are facilitating noise reduction and buffering air pollution. The greenzone canopy layer provides information on the thickness of canopy cover, which is an indicator of pollution and noise buffering capacity, and is capable of monitoring for additions and reductions in buffering capacity over time. What this allows city planners to do is to monitor where they are doing a good job in terms of serving citizens and at-risk demographic groups, as well as to project forward and plan for future needs and changing demographics on a neighborhood-by-neighborhood basis.

I recently participated in the Smart City Expo World Congress to showcase how Azure Maps can benefit city officials to analyze city data with a combination of open data, purchased data and satellite data. Perceptual Informatics was gracious enough to lend their expertise in working with satellite & other geospatial data & customized their Smart City Dashboard for the City of Barcelona by overlaying Satellite data from the European Space Agency's Sentinel-1 system & Barcelona’s City Hall Open Data Service. 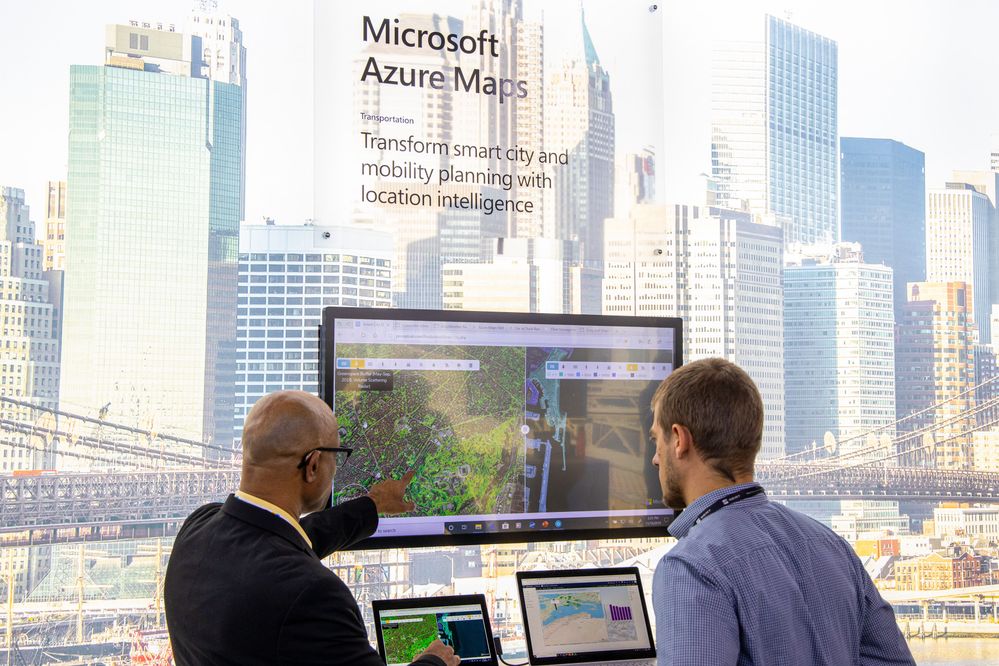 You can try out the Smart City Dashboard for Barcelona by clicking here.
Perceptual Informatics designed the interface to have two identical navigation bars for controlling the data shown on the left and right side of the swipe bar on the map.

A caveat: This demo was built by Perceptual in under a day, so was purely for demo purposes, has not undergone any rigorous testing and represents a very small part of what Perceptual Informatics really does. The goal was to showcase what is possible by combining Satellite data and open data to analyze city information on a geospatial platform.

Perceptual Informatics is eager to help cities around the world to get better insights and drive action through better planning using Satellite and other data combined with the power of Azure Maps and AI. I encourage you to reach out to them via their web site.