Turn on suggestions
Auto-suggest helps you quickly narrow down your search results by suggesting possible matches as you type.
Showing results for
Show  only  | Search instead for
Did you mean:
Run WRF v4 on Azure HPC Virtual Machines
By 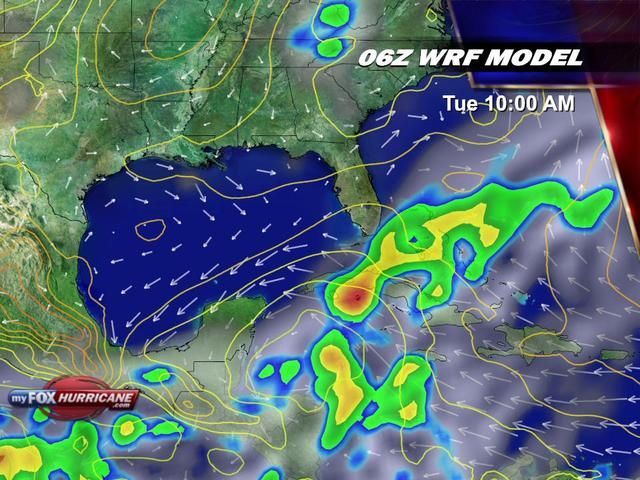 WRF is a mesoscale numerical weather prediction system designed for both atmospheric research and operation forecasting applications. WRF has a large worldwide community of registered users—more than 48,000 in over 160 countries).
In the past, you needed a supercomputer to run WRF models if you wanted to complete high-resolution weather predictions in a reasonable and practical timeframe. In this post, we explore building WRF v4 models on Azure. We ran performance tests to compare the VMs optimized for HPC workloads—that is, the HB-series, HC-series, and HBv2.

We use Spack to build WRF’s dependencies. See the apps/spack and apps/wrf directories for details. All WRF performance data were generated using the version built with Open MPI v4.0.2. The hybrid parallel (MPI + Open MP) and the MPI-only version were used.

WRF v3 models typically are not compatible with WRF v4. For example, the WRF v3 CONUS bench models (2.5 km and 12 km) are no longer supported and are not compatible with WRF v4. For our tests, a new CONUS 2.5 km model (very similar to the original WRF v3 CONUS 2.5 km model) and a larger model, Hurricane Maria 1 km, were generated using the WRF preprocessing system (WPS). See the azurehpc git repository for details on building and installing WPS v4 and the steps we followed to generate these models for W

Figure 1. WRF v4 performance comparison of HBv2, HB, and HC VMs running the new_conus2.5km case. Performance on HBv2 VMs is twice that of HB and HC VMs for some cases.

The following tuning optimization were investigated:

Figure 3. Tuning WRF v4 can improve performance by approximately 30 percent (in this case).

Figure 4. For the Hurricane Maria model, the tuned hybrid parallel (MPI+OpenMP) version of WRF performed better on HBv2 VMs compared to the MPI-only version up to 128 nodes. When each process has enough work, we can split the patches into tiles, and parallel threads can work on the tiles (to optimize data usage in the L3 cache and HBv2 NUMA domains).

The new HBv2 VMs have the performance you need to run large WRF v4 models, and only minor tuning is needed. To summarize the our test results: