A couple of weeks ago, SWOOP Analytics, WM Reply and Sideways6 hosted an informal meet up for Yammer owners in the UK. Most of the crowd were from London, but we also had a few further travellers come just for the event.

The theme of the event was “Maturing Your Yammer Network” and we covered some interesting themes of “what does maturity look like”, “how to engage leaders to help” and “why innovation is a great driver of maturity.”

It appeared to be a pressing topic and we had a nice turnout on a windy, cold London evening. And the Yammer team at Microsoft very kindly supplied the hugely popular pizza and beer.

I quizzed a panel of Rebecca Wills from WM Reply, Armin Kammerlander from Sideways6 and Cai Kjaer from SWOOP Analytics.

Cai kicked us off with SWOOP’s maturity model (with a long nod to Simon Terry) who originated much of the idea. Rebecca talked to some great examples of work WM Reply has done to revive Yammer networks (pretty impressive stuff). And Armin also had some lovely examples of how leadership-driven innovation campaigns have boosted Yammer use in customer organizations.

The crowd had lots of great questions too. From how to get started with a newer Yammer network, to how to re-engage those employees who had fallen out of love with their network.

And - yes - there were of course questions about “which tool when?” and the complexity of the O365 suite. Our panel had compelling stories of where the “outer loop” can have the greatest effect on a business outcome.

All in all a great taster for the bigger Yammer event that WM Reply is running in January, just before the Microsoft Tech Summit in Birmingham. 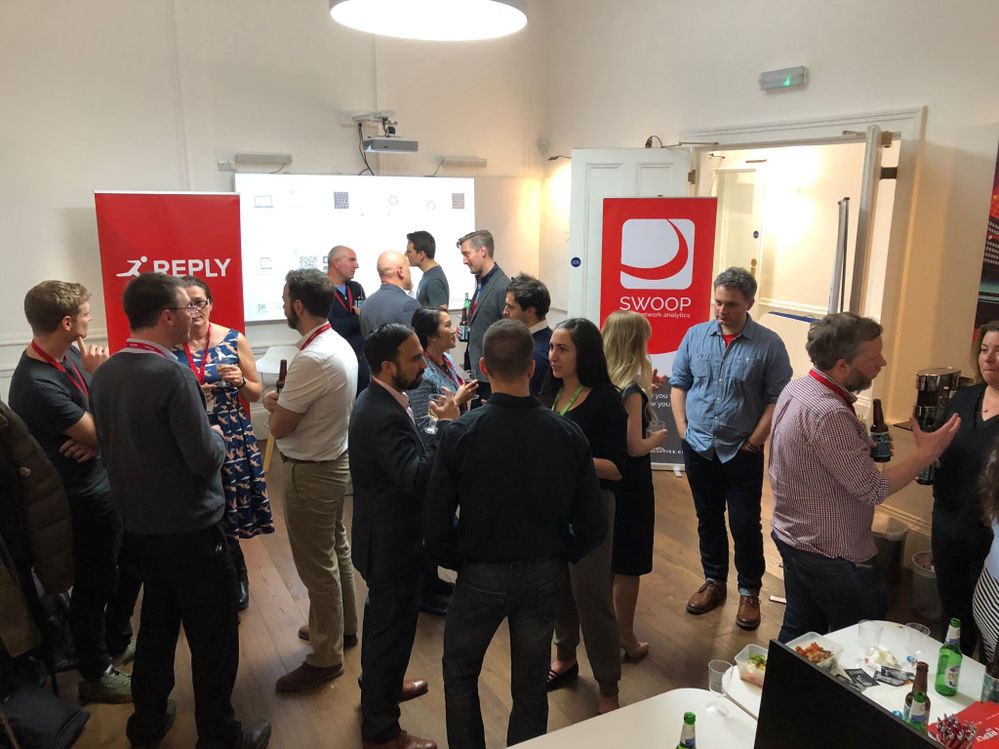 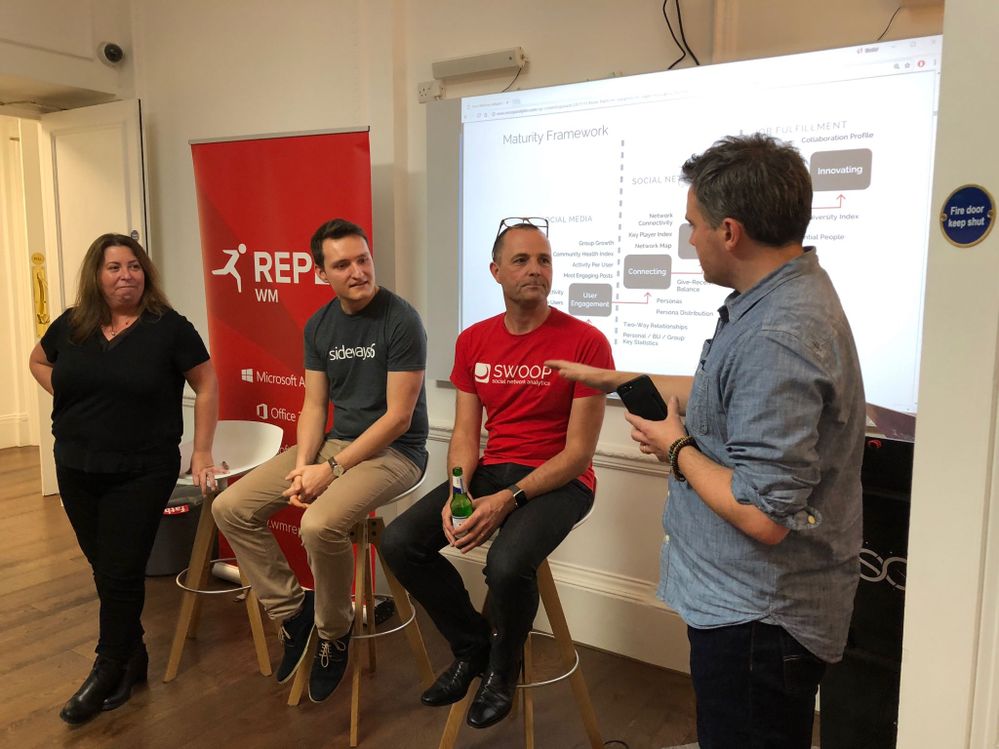 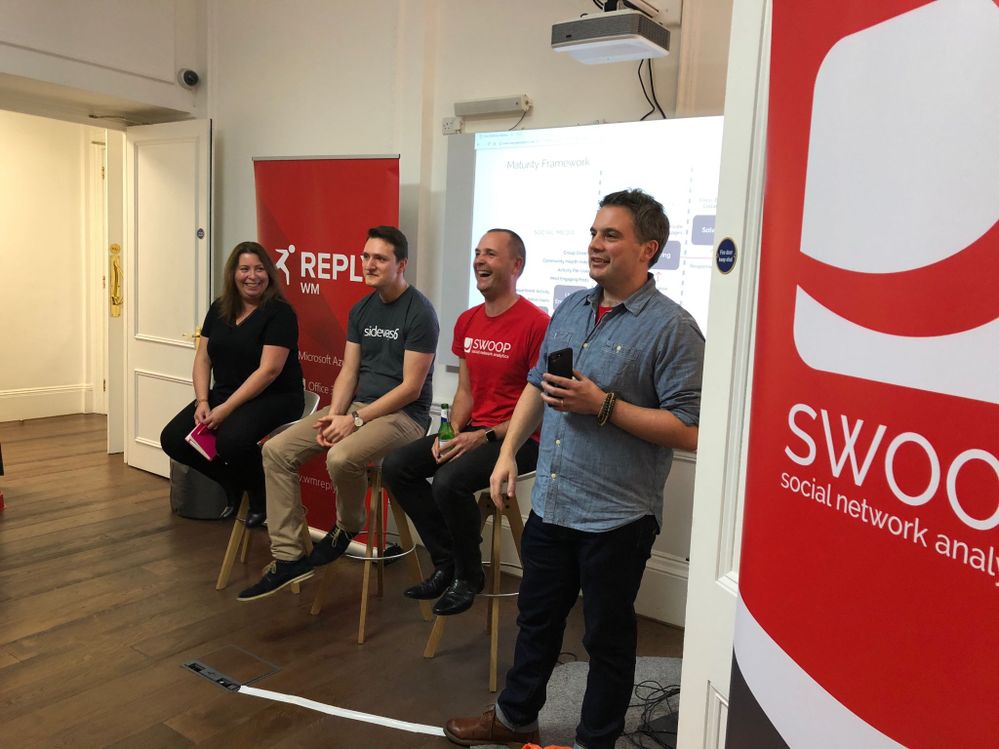