Turn on suggestions
Auto-suggest helps you quickly narrow down your search results by suggesting possible matches as you type.
Showing results for
Show  only  | Search instead for
Did you mean:
The Day I Knew Yammer Would Succeed
By 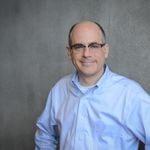 The Day I Knew Yammer Would Succeed

We had introduced Yammer the year before.

I hoped that if my colleagues realized the benefit of working in Yammer, they would feel more comfortable working with our members in the external Yammer network. Yet so many people on our staff were still relying on email. Long chain conversations were had every day and files were being revised and sent back and forth. People were blind copied on emails of concern, and we all had to work hard to stay connected to work being done in other departments and teams throughout the organization.

Then it was announced I would be getting a new boss. During our first departmental meeting my new boss talked about how she would soon be setting up an email group so our team could communicate. Taking an impromptu step which could have very well turned out to be a mistake, I spoke up during that first meeting and said, “please don’t.” I could almost hear my colleagues and friends roll their eyes. They knew what I was about to say, because they had heard it from me before. “Let’s use Yammer instead.”

I explained the several reasons that Yammer is a much better tool for team communication and collaboration than email. Conversations are easier to read. Files are easier to share. Decisions are easier to make. We can be more transparent and more collaborative. She agreed right away, and to this day over four years later we have never had an email group. That was the day I knew Yammer would succeed.

Since then, because our boss was expecting her team to use Yammer, we have used Yammer.

Information we need in order to do our jobs is in Yammer, and only in Yammer. If we don’t make it a point to adopt the new technology, we will miss out on important information. Because much of our work is done in a public group, other colleagues throughout the organization saw Yammer could be applied to their work, and the embraced the platform as well. Adoption and engagement spread. People were getting more comfortable, and as a result, engagement in our external network began to grow. We learned some important lessons along the way.

We learned that while it is easy enough to turn Yammer on, our colleagues needed to know why it is there. They needed to understand what Yammer does, how it fit in with their work, and how it would make them more successful and effective. They also needed to understand that certain information would only be found in Yammer. Never was it a case of “If you build it, “they” will come (Field of Dreams, 1989).” People won’t come. You have to bring them there. People need to know why Yammer is there. They need to feel comfortable, they need to feel safe, and they need to feel there is a reason to go.

We learned we did not spend enough time on strategy. It’s not enough to say “we will use Yammer to collaborate and keep in touch.” There needs to be a specific plan as to how your team will move its work to Yammer. Since Yammer is part of the Office 365 suite of tools, there are some compelling ways that information can be shared from OneDrive to Sharepoint to Teams and to Yammer. Projects can be managed better. People can connect to information and each other easier. We can become better at what we do.

We learned that we had to ease our own expectations. Though we hoped to see immediate adoption of Yammer, we learned very quickly that this is not the way it works. People need time to adjust their habits, and time to realize how Yammer could be a part of their work. These things don’t happen quickly, but they do happen.

Take your time, and realize that success in Yammer will happen because of your hard work, your strategy, and the time and empathy you give to your staff colleagues to learn new ways to work, new ways to collaborate, and new ways to share information. 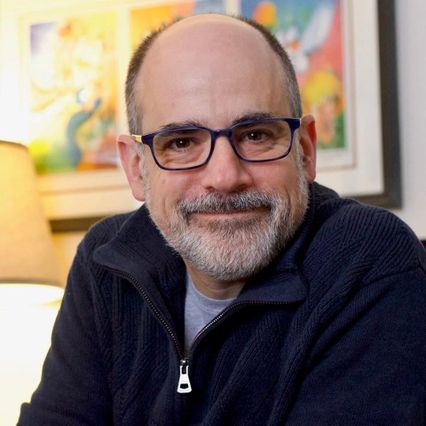 Larry Glickman is the Director of Network Engagement and Collaboration for the Union for Reform Judaism. He helps more than 12,000 lay and professional leaders of thier Movement connect and collaborate in their Yammer enterprise networks. Larry works with leaders and congregations to help them be more transparent and collaborative in their work, and to embrace habits that will empower them to make the best use of the Yammer technology. He is new Office Apps & Services MVP and blogs, teaches and speaks regularly about issues of collaboration and technology.