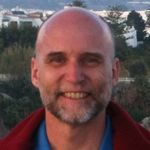 Many organizations aim to have highly engaged employees. They want them to be interested in the success of the company and have a great company culture. So, the question is obvious: How does a company create the best company culture? What role does Yammer play in this?

There’s a lot that goes into the culture of an organization. But I’ll start by discussing your internal influencers and how they can help your culture journey.

In our world today, there are many online influencers who share what they do, eat, and buy. And for some it has changed the way people dine, shop, and travel – there’s something to learn from them within our own organizations.

Internally the currency of influencers is knowledge.  Yet, the goal is still the same, to create engagement.  To build that great company culture that creates personal engagement, you need your internal influencers. You need to find the people in your organization that have that extra company spirit and often are informal leaders. You know the type - they are outspoken and always have ways to improve everything. These are the people you need to identify and use as your influencers. They may not earn more hard cash, but they will climb on the influence ladder within your organization.

How to look for influencers?

Start by asking around. You may need to work with department heads or leaders in specific regions. They will know the people who get things done within their locations or offices.  Often these people hold a variety of roles and tenures within the organization. It’s not a one size fits all.

You can also do a nomination process or a survey to gain interest of influencers. Often influencers will be nominated by their peers, as the peers often see them as leaders.

And you can also use analytics! Depending on how you are using your Yammer data, you can start to mine the data to find specific points that help point you in the right direction. Like who is the most connected, the most responded to, the one that answers the most questions, etc. However, the one who is the loudest on Yammer may not always been your most influential person, so make sure you know the entire story.

After you identify your influencers:

There are of course other factors in culture, like leadership engagement and more. Simon Terry has written building culture in a Yammer Community that details this even further.

It’s employees who build and experience a company culture firsthand who can be used to encourage and engage other employees in the journey.

Have you capitalized on your influencers within your organization? What does it look like for you? 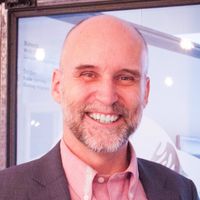 Stefan Hult is a Business Analyst and Platform Specialist who specialize in creating business value from Microsoft's ecosystem Microsoft 365. He uses a user adoption technique called Modern Workplace with Yammer as one of the tools used to create value. He has worked with Yammer for eight years, mainly focusing on strategic planning and building company culture to create client success.