Turn on suggestions
Auto-suggest helps you quickly narrow down your search results by suggesting possible matches as you type.
Showing results for
Show  only  | Search instead for
Did you mean:
Crime fighting with the help of some #yammermagic
By 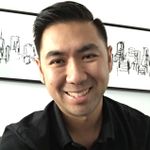 Crime fighting with the help of some #yammermagic

The following is based on a true story. This re-enactment took place on an anonymous Yammer network. The names have been changed to protect the identities of those involved.

Officer Adele Vance was performing her typical daily patrol. She turned the corner of the 57th block of Main and Garden Ave. when she noticed a male exhibiting some suspicious behavior. She snapped a photo and posted it to her police department’s Yammer network.

It didn’t take long before she began getting responses from fellow law enforcement colleagues. Responses that confirmed the suspect’s identity and would later lead to an arrest.

This is a simple example that shows this police force using the power of its network. Officer Vance could have started by asking someone she knows. That may have led to an answer, but she would have had to have been lucky enough to find the right person with the right information.

Instead, she put her network to work for her. Yammer creates a dedicated communication channel for this entire police department to communicate — and it’s one that’s available on their mobile devices. This means if someone is off-shift at home, but happens to check Yammer, they can still contribute. By tapping into the knowledge of the entire department, Office Vance and her team were able to quickly identify and apprehend the suspect.

This story reminds me of one of my favorite TED Talks by General Stanley McChrystal: The Military Case for Sharing Knowledge. In this video, General McChrystal talks about shifting a military culture that had secrecy in its DNA to one that emphasized the importance of sharing.

“We changed the idea of information. Instead of knowledge is power to one where sharing is power. It was the fundamental shift. Not new tactics, not new weapons. It was the idea that we were part of a team where information was the essential link between us, not a block between us.”

I think these two examples demonstrate something powerful. We never really know who might have the knowledge and information for us to get our jobs done. We never really know who might be able to utilize the knowledge and information we have in order to help others do their jobs better. It’s time to stop making assumptions about who knows what or who needs to know what. Instead, when you start to assume that there are others in your organization that can benefit from what you know, your organization can start to share more openly and make new connections faster.