Discussion Options
This thread has been locked for new comments by a moderator, if you have a new similar issue then please start a new thread.

There are two major areas that we would like you to try out in each preview release and report back any issues:

What’s New in the Latest Build

SMS provides orchestrated workflow with a Honolulu-based graphical management system, allowing scalable migrations of many servers simultaneously to new targets running on premises or in Azure. 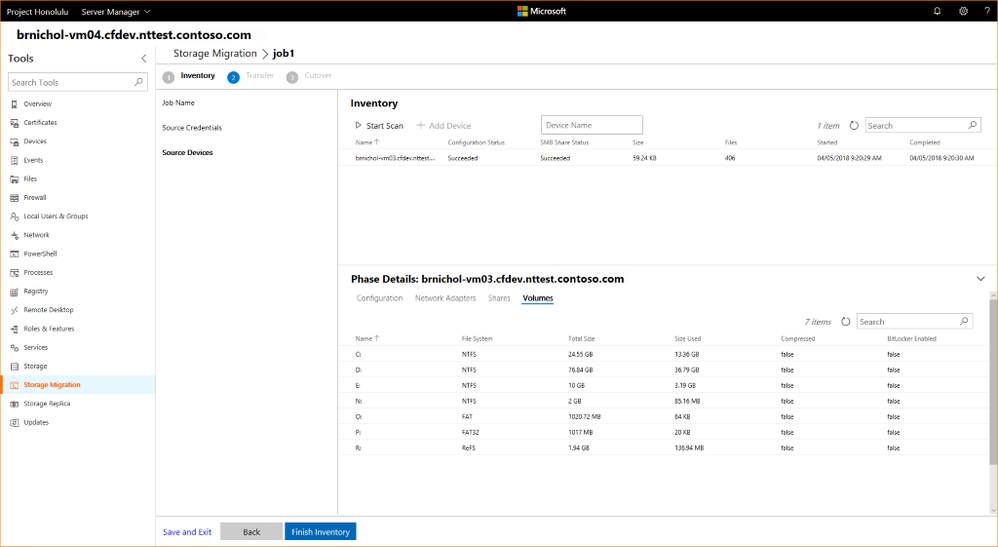 SMS handles common problems and subtleties of a migration, including in-use files, share settings, security settings, network addresses and names, local security principals, encrypted data, and more. All of this is available from an intuitive graphical interface, which is backed by robust PowerShell automation.

SMS is under active development, and you will see many changes and improvements with each preview. Furthermore, the use of the Honolulu management system enables out-of-band changes through its extension manager system, allowing us to act on your feedback more frequently than the Windows Server preview mechanism allows.

Storage Replica (SR) was first released as a technology for Windows Server 2016 Datacenter Edition. SR enables synchronous and asynchronous block replication of volumes between servers or clusters for disaster recovery. SR also enables you to create stretch failover clusters that span two sites, with all nodes staying in sync.

This change is coming in a preview soon after Windows Server 2019, build 17639. We're announcing these changes to seek your initial feedback. For more information about new features for Storage Replica, visit http://aka.ms/StorageReplica.

Windows Server 2019 Preview is available in ISO format in 18 languages. This build and all future pre-release builds will require use of activation keys during setup. The following keys allow for unlimited activations:

Windows Server vNext Semi-Annual Preview The Server Core Edition is available in English only, in ISO or VHDX format. The images are pre-keyed -  no need to enter a key during setup.

To obtain the Insider software downloads, registered Insiders may navigate directly to the Windows Server Insider Preview download page.  If you have not yet registered as an Insider, see GETTING STARTED WITH SERVER on the Windows Insiders for Business portal.

We value your feedback!

Use your registered Windows 10 Insider device and use the Feedback Hub application. In the app, choose the Server category and then the appropriate subcategory for your feedback. Please indicate what build number you are providing feedback on. We also encourage you to visit the Windows Server Insiders space on the Microsoft Tech Communities forum to collaborate, share and learn from experts.

All pre-release software made available to you via the Windows Server Insider program are governed by the Insider Terms of Use, which takes precedence over any license agreement that may be in the product.

The Windows_InsiderPreview_Server_vNext_en-us_17639.iso file cannot be opened with Windows System Image Manager (WSIM) application that is included in the Windows Assessment and Deployment Kit (ADK). The descriptor has duplicated entries. Can you guys get that fixed?
0 Likes

I have installed Windows Server 2019 Preview Build 17639 with GUI and installed MS Office 2016 Pro Plus 32 bit CtoR with all latest updated. I have created outlook profile successfully. But when I try to open Outlook, it gives error as 'Cannot start MS Outlook'. Attached screenshot with detailed error. We want to support our product on Windows Server 2019 and for this we also need office installed. Please let me know what could be the issues?

Thanks for bringing this to our attention.  I’ve followed up with the team that owns the ADK, and they are looking into the issue and hope to have it addressed soon.

Are you still having this issue with the latest build, 17650?
0 Likes