Hi, I have the following situation:

2. This application is published in my Collection of the server and from a workspace I access RemoteApp to said application.

3. In this application I must configure a connection that points to a server which allows me to bring the required information that will be displayed in the application.

4. According to the previous point, I have two different connections configured in the application to the same server.

(Here starts my query as such)

6. When I remotely access my application server, I can run the two instances of my application, each one connecting to the configurations of point 4.

7. However, when trying to do this by running the application from the work environment via RemoteApp, it does not allow me to have two simultaneous sessions because it says that another user is connected.

Running connected to the server by remote desktop 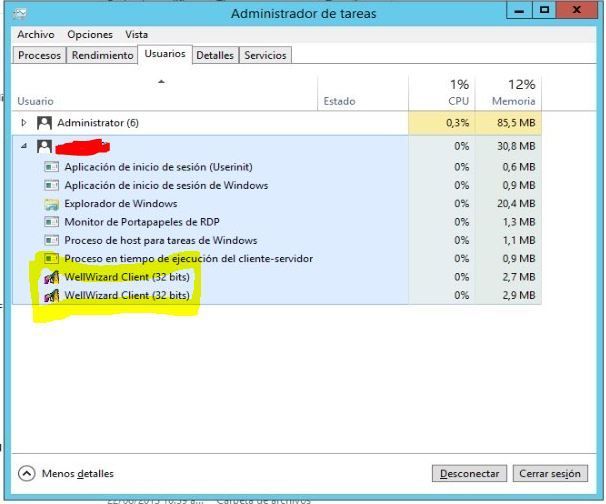 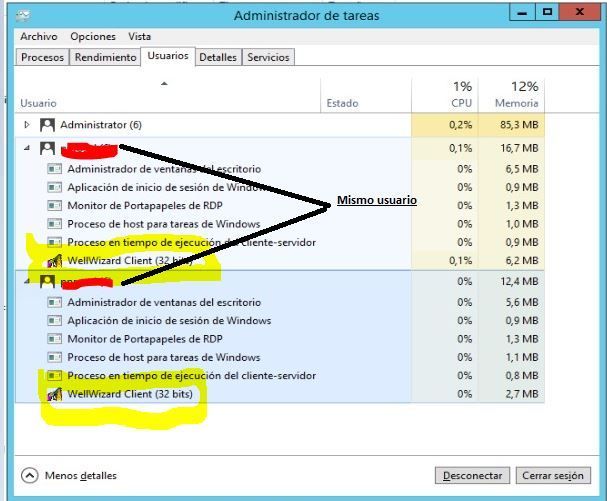 Failed to run via RemoteApp

Is it possible that when I run the application via RemoteApp the two .exe processes are under the same process tree as when I do it directly on the server?

I hope you have made me understand.

These forums are English only. Might try asking over here.

Hello, I have changed the language of my question.

Sounds like you just want to allow a user to run two simultaneous RDS sessions? You could;

Thanks for the reply. That GPO is disabled, and that's what makes me stranger.

From my workspace I can execute two instances of the application, but I can not establish the connections that I mentioned in point 4. This only happens when executing the application by remoteapp.

Internal configuration of my application: 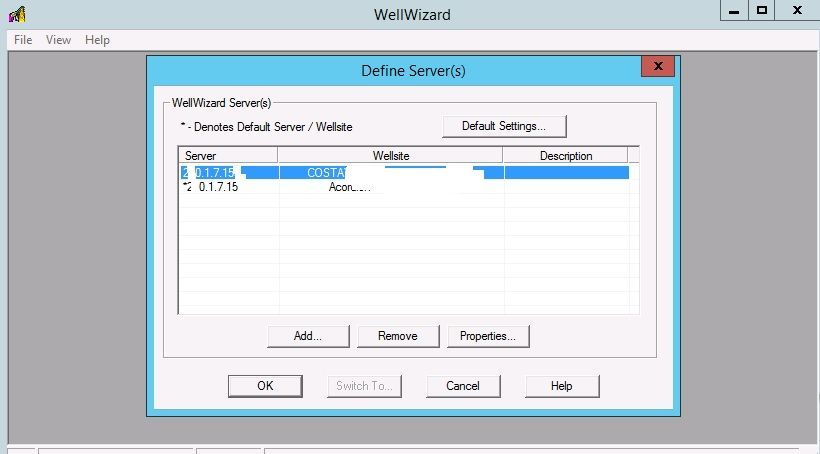 Running the application from the server's remote desktop, I connect to the two configurations of the previous image. 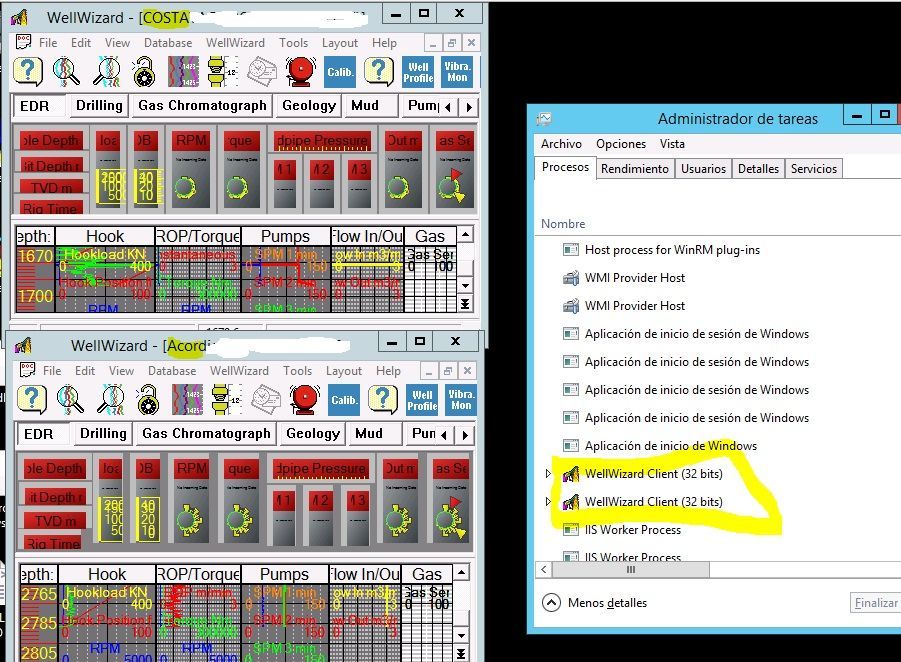 I run the application from RemoteApp, try to connect to the two configurations as in the previous image and that's where I present the error, it only allows me to connect to one of the settings of my application. 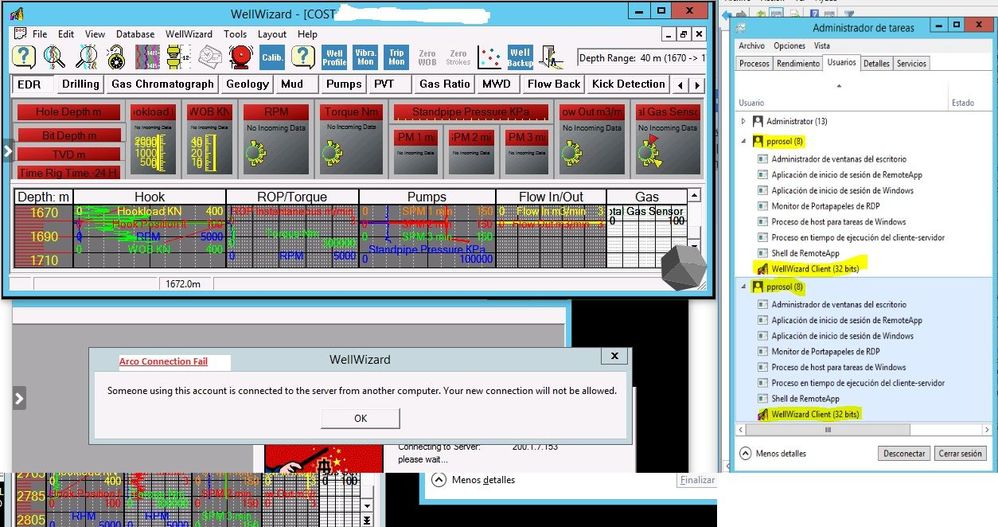 This error only occurs when I am occupying my user executing the remoteapp. If I am using the application directly from the server's desktop, there I can run the two instances.

I'd probably ask the scada systems developer how to accomplish this.

Thanks. This means that probably the server to which the connection is made from the application, or the development of the application are those that may be causing the restriction?

If this were a Rockwell Automation scada then I could envision how this could / would work. I've no experience with the weatherford scada so I'd probably ask weatherford how to do.

Could I have these two RemoteApp sessions run in the same session? 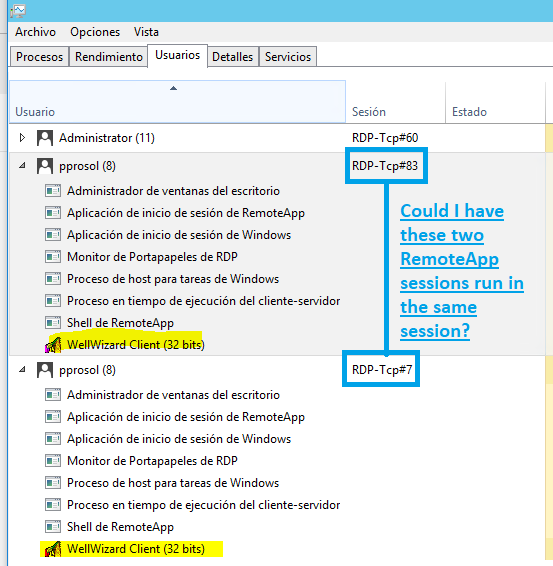 If the application were executed under a same session, I would think that this error would not appear anymore.

Seems a question for the scada software developer. Running multiple instances of a program isn't an OS function, it depends on the coding of the application.