I am getting desperate with an ongoing issue in our company. I have installed a new printer on our printserver. Driver: "VersaLink_C500_C600_5.658.3.0_PCL6_x64". So far everything was okay.

However, after an hour we've have received a complaint from a user that the default printer can no longer be changed. This user was working from a RDS Server. 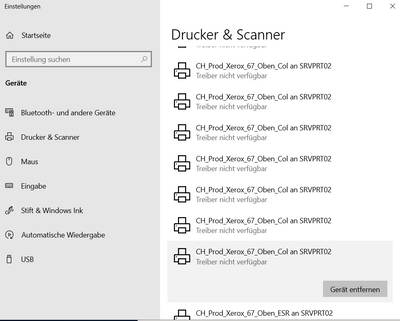 Strange is also that each printer is listed multiple times

I'm currently not sure if that issue has anything to do with my new printer installation on the Print server. Our user do not regularly change default printer so it could technicly be an issue ongoing for one or two days.

The only thing I did was installing a new print driver on the print server by using the print Management and loading the inf file. I haven't touched the RDS Servers nor changed any printer scripts.

All printers are currently working properly. It is just not possible to change the default printer.

I have also uninstalled the print driver / printer on the print Server without any success.

We have also tried to remove the printers in the registry of the RDS Servers but the printers are still shown as "Driver unavailable" (Translated from German, not sure what the exact message would be in english)

When loading the printers on my notebook from the printserver, everything works properly as expected.

Any Advise would be highly appreciated

We just have shut down the printserver and recovered one of our RDS Server with a backup from last week. It turned out that the problem was already there before I have installed the new printer. So it has nothing to do with my driver installation. Unfortunately, we still have the problem with the multiple printers. I guess we need to reinstall the RDS farm.

I would suggest following remediation could help to resolve your issue.

2) Ensure you have Group Policy processing with Merge mode 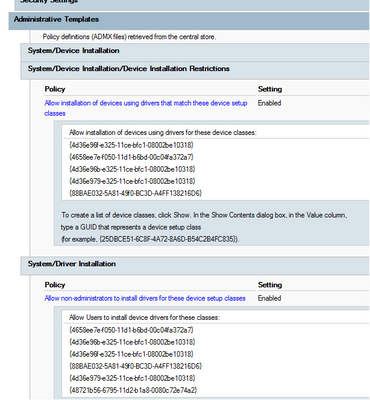 4) This policy setting controls the client Point and Print behavior, including the security prompts for Windows Vista computers. The policy-setting applies only to non-Print Administrator clients, and only to computers that are members of a domain. 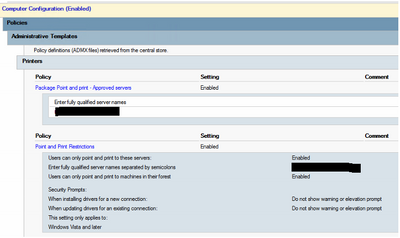 5) On RDSfarm Collection settings, ensue below settings are applied to all users 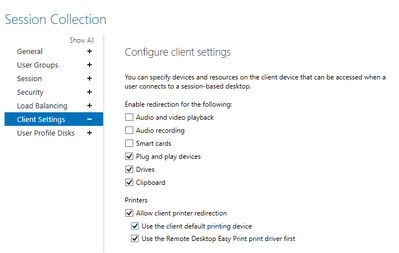