Turn on suggestions
Auto-suggest helps you quickly narrow down your search results by suggesting possible matches as you type.
Showing results for
Show  only  | Search instead for
Did you mean:
Microsoft Exchange 2007 SP2 installation is blocked on Windows SBS 2008
By


[Today's post comes to us courtesy of Fang Xie] 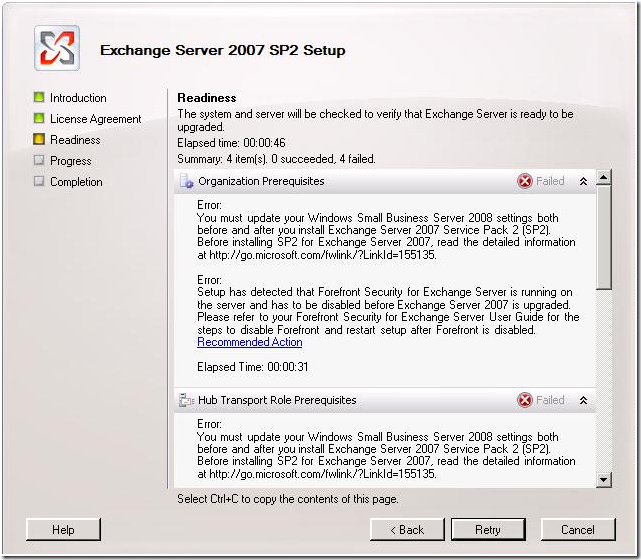 For users who want to deploy Exchange 2007 SP2 on their Windows SBS machines urgently, manual steps are provided in KB 973862 . However, we strongly recommend users to leverage our upcoming installation tool for a successful SP2 installation. We will inform you via this blog when this tool is available.