Turn on suggestions
Auto-suggest helps you quickly narrow down your search results by suggesting possible matches as you type.
Showing results for
Show  only  | Search instead for
Did you mean:
Empty ‘CN=Servers’ Container Causing Issues with Public Folders on Small Business Server 2011
By 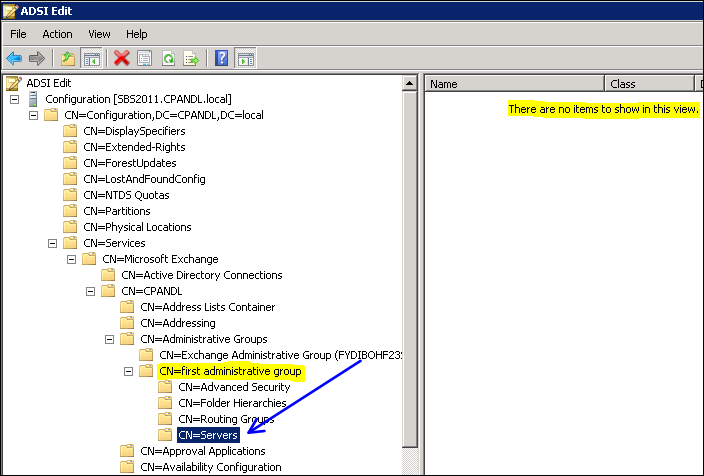 During Public Folder replication, when the Exchange 2010 Store Driver sees the empty Servers container in Active Directory, it expects a System Attendant object inside the container and when it is not found, the following error is logged in the events:


In addition to above behavior, you may experience issue wherein you cannot send email to mail enabled public folders and receive an NDR as follows:

Scenarios in which above behaviors can be seen:

Warning: If you use the ADSI Edit snap-in, the LDP utility, or any other LDAP version 3 client, and you incorrectly modify the attributes of Active Directory objects, you can cause serious problems. These problems may require you to reinstall the Windows Server Operating System or Microsoft Exchange or both. Microsoft cannot guarantee that problems that occur if you incorrectly modify Active Directory object attributes can be solved. Modify these attributes at your own risk. 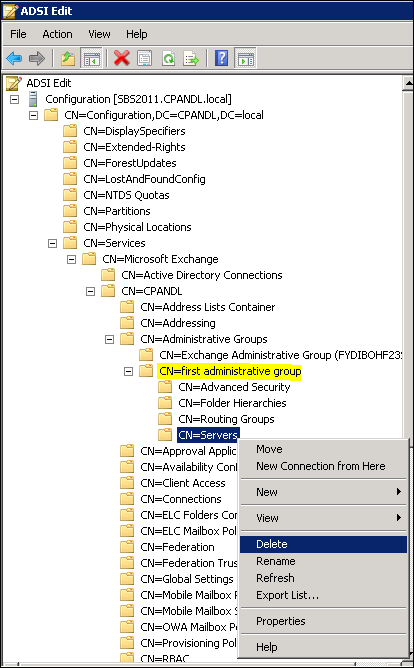