Turn on suggestions
Auto-suggest helps you quickly narrow down your search results by suggesting possible matches as you type.
Showing results for
Show  only  | Search instead for
Did you mean:
Microsoft Technical Takeoff: Windows and Microsoft Intune
Oct 24 2022 07:00 AM - Oct 27 2022 12:00 PM (PDT)
Find out more
MSIX Support for Windows 10 1709 and 1803, MSIX Packaging Tool January 2019 release, and more
By 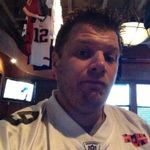 We are excited to announce updates to the Windows 10 supported platforms for enterprises deploying MSIX.  Thanks to your feedback we are now including support for Windows 10 versions 1709 and 1803, in addition to 1809 that is already supported.

The new support enables distribution of MSIX packages within your enterprise using tools like System Center Configuration Manager, Microsoft Intune, PowerShell, double-click file deployments or installing directly from the APIs.  This change does not include distribution from the Microsoft Store or Microsoft Store for Business, which will still require Windows 10 1809 or later.

The increased support should greatly improve the reach of MSIX to your enterprise clients.

How to update your existing MSIX packages:

We are also pleased to announce an updated version of the MSIX Packaging Tool (v1.2019.110.0) is now available.  The tool enables IT Pros (and developers) to update their existing app installers to MSIX.  The new version was driven by you and incorporates feedback directly from our enterprise customers, the tech community, and the Feedback Hub app. This version will provide improvements to the conversion experience and help to increase conversion success. We have also included UX and usability refinements.  For folks using the Quick Create VM, that has been updated with the new version of the packaging tool.

The MSIX packaging tool still requires Windows 10 1809 or later and more details on the update can be found here. (https://docs.microsoft.com/en-us/windows/msix/mpt-overview)

Thanks for the support and looking to bringing more exciting features in the coming months.