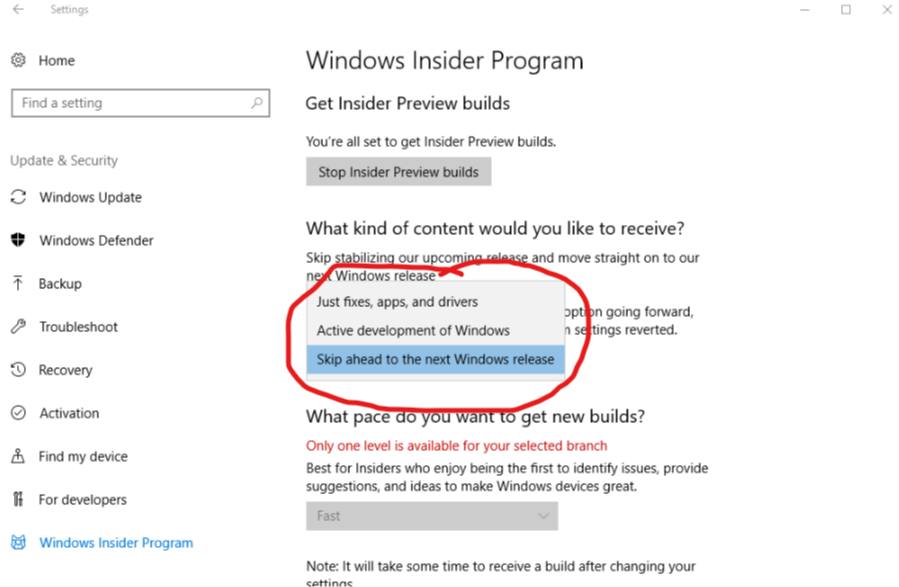 Re: Help me to choose between these options

The other option, which Insiders will have to manually switch to is "Skip ahead to the next Windows release," which does exactly what you might expect. This option will put you on the Redstone 4 development branch now, ahead of the Fall Creators Update being finalized. This means that you will skip ahead to Redstone 4 development, and not be able to test final Fall Creators Update builds as they roll out to Insiders for testing.

I cannot use more option at my file explorer ''this pc'' options.