I'm running 22572.201 compilation (dev channel). So lately I got those threats detected. They point towards MATLAB (tried to search the internet for information about this, found nothing), National Instruments software (as I installed a week ago LabView, Measurement Studio and other soft, again found nothing) and today defender spammed my notifications every half of minute about what I think are NVIDIA display drivers. The severity is low, tried to move the threat to quarantine, but as I expected it my screen became laggy (as expected, those were display drivers). One interesting thing is, this threat about display drivers says PUA: VkSaverPlus, official documentation does not write anything about it, it just exists. I'm starting to wonder if it is just windows defender bug? 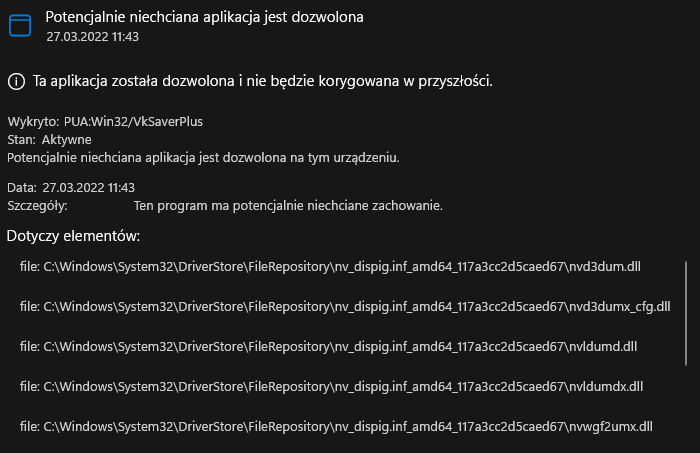 Submit sample of these files to Microsoft Anti-Malware team:
https://www.microsoft.com/en-us/wdsi/filesubmission
And they will review and tell you if they are false-positive or actual malware.
You may submit them as incorrect detection.
0 Likes
Reply