Desktop Bridge – Is your application a resource “hog”? (CPU post)

First published on MSDN on Sep 07, 2017
In this blog series, I hope to show you how to use a few simple tools – available in Windows 10 – to determine your application’s effect on battery life, available RAM, and average CPU consumption.

In this - the first - post, I want to start by considering two tools all versions of Windows 10 have. The first is “Task Manager” (TM) and the second is “Performance Monitor” (PM). The steps out lined below will show you how to leverage these two tool to ensure your application is not a CPU resource “hog”.

Last point
The last thing I want to show you in this post is what a CPU “hog” looks like. To do this the CPU intensive operations will be executed concurrently with a CPU “hog”. When just the CPU "hog" is executed you can see that the overall CPU utilization (from TM) is at 100% (a) and that the application CPU consumption is maxed at 382% (b). 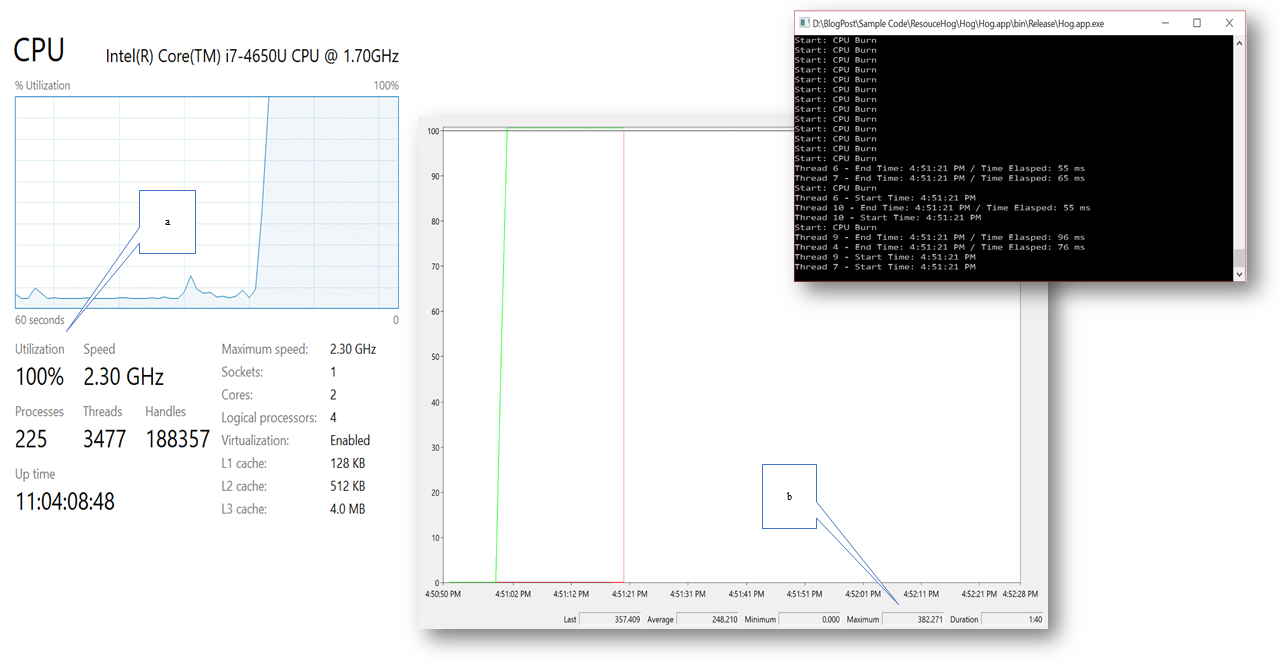 To see how this was coded review the code listed at the end of this post. Start with the “I” case in the switch statement within the main function.

The PM results from a single application CPU test and a CPU test run concurrent with the CPU “hog” execution are shown below. 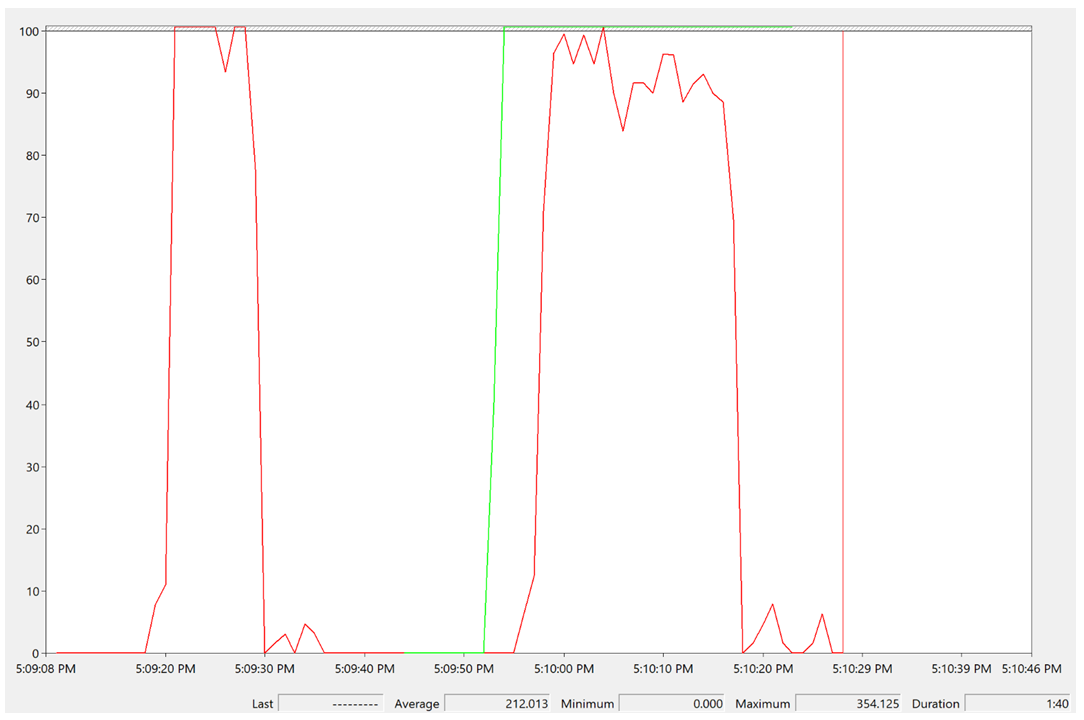 Note three basic things about the curves above.

What happened here is that the system did not have much available CPU to handle both applications. Thus, the test application process had to wait for processor time which explains why the execution took twice as log. Also, neither process was able to max. the CPU. Thus, both processes experienced CPU throttling by the OS. However, do note that the CPU “hog” process still managed to “hog” most of the CPU time. This is due to how the code was written. All 100 threads created here had a normal priority and contained tight nested loops. Which is why operation like this should be performed in the background.
Appendix A: Console App Code
using System;
using System.Collections.Generic;
using System.Diagnostics;
using System.IO;
using System.Linq;
using System.Reflection;
using System.Text;
using System.Threading;
using System.Threading.Tasks;