Over the years, there have been requests for a way to see what deployments are presently in progress.  Way back when, we had a MOM management pack that tried to do this, but there were numerous challenges with that so we ended up removing it – we needed something much simpler.  So with MDT 2012, we implemented something simpler to monitor Lite Touch deployments.  To enable this, just check one box in the deployment share properties: 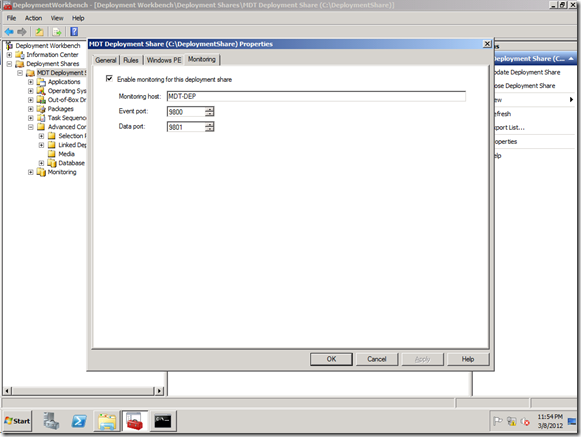 When you do this, two things happen:

That’s all there is to it.  Once you do that, you should be able to track all subsequent deployments via the “Monitoring” node in Deployment Workbench: 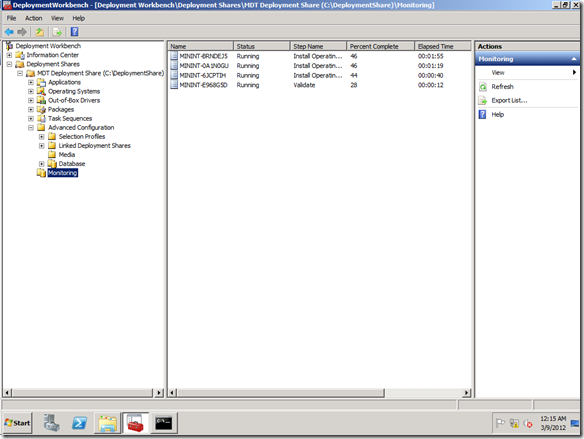 If you look at the properties of any of the computers being monitored, you can see the details: 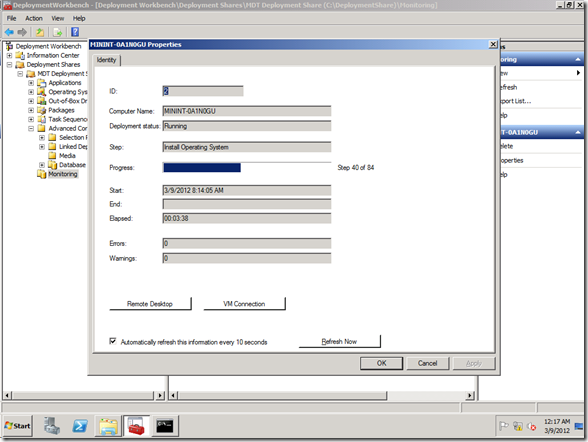 You’ll notice that the display automatically updates every 10 seconds, so you can watch the computer progress.  Also, there are three possible buttons (two of which are shown below):

A few other details: